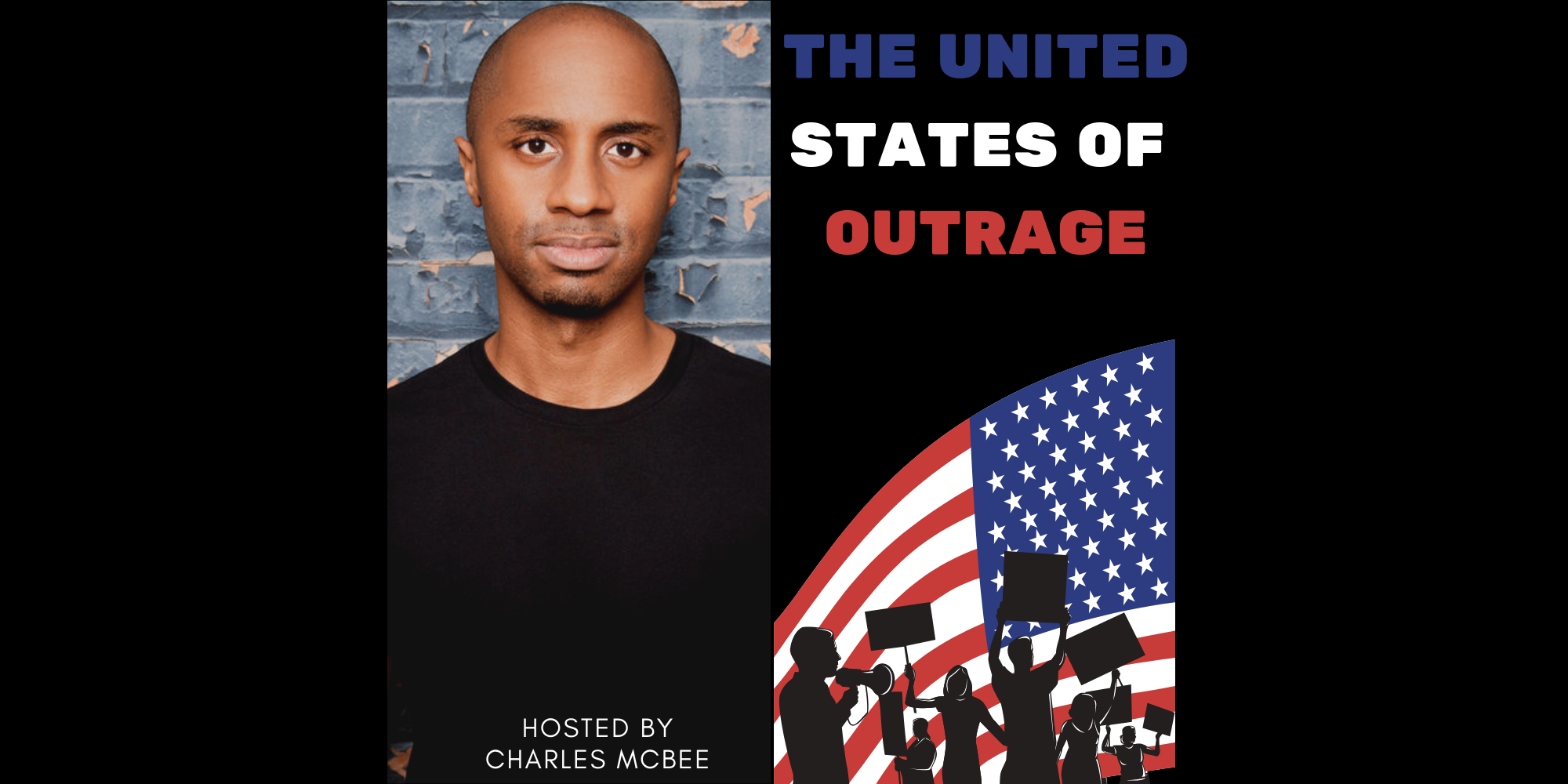 Comedian Charles McBee is inviting a panel of guests on his show to open up a dialogue on issues that are polarizing our new social and political climate. These guests are a diverse group of comedians, artists & influencers with different political and social backgrounds and strong opinions. The U.S of O is a “safe space” for the first amendment. And most importantly we use laughter as a way of showing that you can agree to disagree with someone without hating their guts,(Hopefully). Charles doesn’t hold back, so there’s no limit to what can happen on The United States of Outrage.
Charles McBee is a stand up comedian, actor and writer who has made three national stand-up comedy appearances on Gotham Comedy Live on AXS TV and was a favorite on  FOX's  Punchline and  Laughs. He also starred in the critically acclaimed Off-Broadway Production, “HA!… The Musical, from Emmy award-winning writer, Michelle Wendt. Charles has performed at the New York Comedy Festival and stars in his web series, It’s a Chucked up Life which he wrote directed and produced.

Charles has written for several tv shows including MTV's WIld N Out with Nick Cannon,  Fear Factor, Uncommon Sense Live with Charlamagne Tha God and VH1's Hip Hop Honors 2017 as well as other MTV & VH1 projects in development. Charles’ comedy is a mix of witty humor with a positive message. He creates laughter by combining personal stories with social commentary. Charles has been called a “hilariously inventive comedian” by the Comedy Cellar’s Rick Crom. You can catch Charles performing at the top comedy clubs in NYC as well as clubs and colleges across the country.