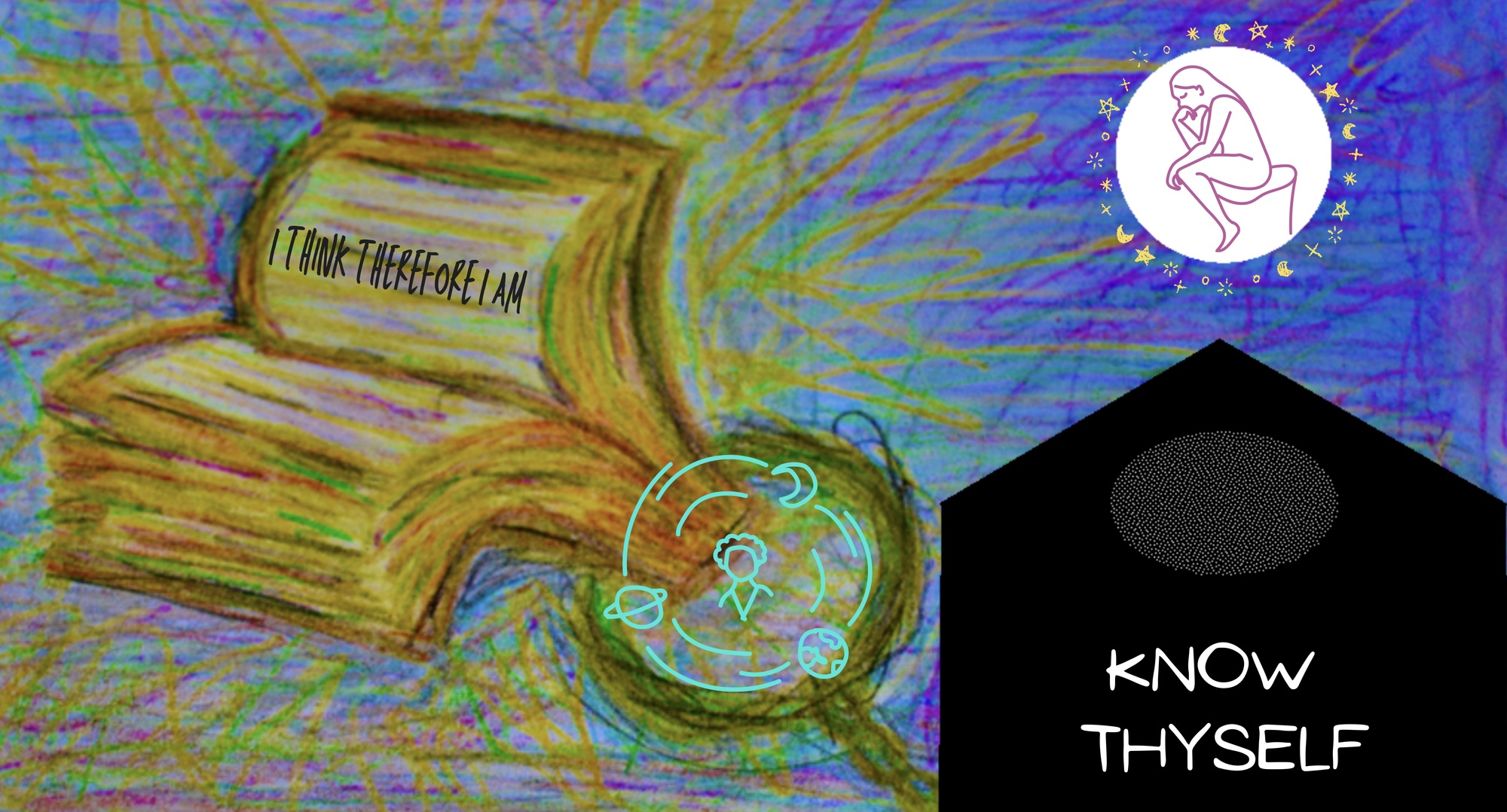 KNOW THYSELF is an interactive, immersive museum tour of the 100% real Museum of Philosophy. Each exhibit in the museum takes the form of a social, multiplayer, party game exploring a particular philosophical approach to life. Exhibits change from tour to tour and include the likes of Aristotle, Siddhārtha Gautama, Hannah Arendt, Philippa Foot, Charles Mills, and Erwin Schrödinger. No advance knowledge of philosophy required. That’s what tour guides are for.


KNOW THYSELF is capped at 24 people per run to maintain peak intimacy in this darkly comedic journey to discover if participants know themselves - and others - as well as they think they do. In this gamified philosophy salon the rules we live by- and their consequences- are always in play.


There is no physical contact between performers or participants on this tour. Your safety matters to us and if you have any questions pertaining to the physical, metaphysical, astrophysical, and ical nature of the work, we would be happy to answer them at info@ikantkoan.com. We make no promises on ical.


KNOW THYSELF is brought to you by the folks who created CHAOS THEORY. Take that for what you will.

Jessica Creane (writer/docent) is an interactive experience designer dedicated to the idea that the things we are most serious about in life are the things that benefit most from our playfulness. She is the founder of IKantKoan Play/s, a game and immersive experience studio exploring complex subject matter like climate change, ethics, chaos theory, metaphysics, philosophy, and love through games and interactive storytelling. Jessica is a Professor of Game Design at Drexel University and CUNY City Tech, a climate change game designer with The National Parks Service, a 2021 Arctic Circle Artist-in-Residence, and she recently gave a TEDx talk about embracing uncertainty through play. She is a graduate of The Pig Iron School of Advanced Performance Training and her work has been presented at Ars Nova, HERE Arts, The World Economic Forum, Fastaval (Copenhagen, Denmark), IndieCade (L.A.), Bandwi/d/th International, Tanween Creativity Festival (Ithra, Saudi Arabia), BostonFIG (Boston), and on KQED (San Fransisco). Her New York Times recommended playable theater show, CHAOS THEORY ran for over a year at Caveat, NYC (!!) and won the Best Social Immersion Award from Immersion Nation. Her infinite tabletop game Schrödinger's Cat: A Game of Curiosity was recently nominated for most innovative gameplay in a tabletop game at Fastaval. http://ikantkoan.com/


Amy Shoshana Blumberg (director) is a theater director, choreographer, and dramaturg based in Brooklyn, NY. She is co-producing artistic director of the after-image, with whom she creates devised dance-theater works. the after-image will be premiering HOUSE OF AMERICAN ACTIVITIES, about the American tradition of extremity in times of crisis, in 2022. As a freelance director, she regularly collaborates with IKantKoan (Know Thyself, Chaos Theory, Chaos Theory: Digital Edition) and is a dramaturg for NYC-based dance companies GREYZONE (ASSEMBLY) and MeenMoves (alternative f(A)cts, The Struwwelpeter Project, W(h)ine Pairings). Amy is also a teaching artist with The Moth and a grant writer for a variety of arts organizations. She holds an MFA in Theater Directing from Temple University and a BA in Africana Studies and Dance from Barnard College. https://www.theafter-image.com/


Shawn Pierre (Collaborator/Museum Staff) is a game designer and community organized in Philadelphia PA. In his games, he works to integrate new forms of play with different forms of media, including procedurally-generated voice-controlled games, real-world social deduction SMS games, and physical games where players are blindfolded while capturing people in nets. As a member of Philly Game Mechanics, Shawn helps organize a community where local creators can meet new people and share their creative work.