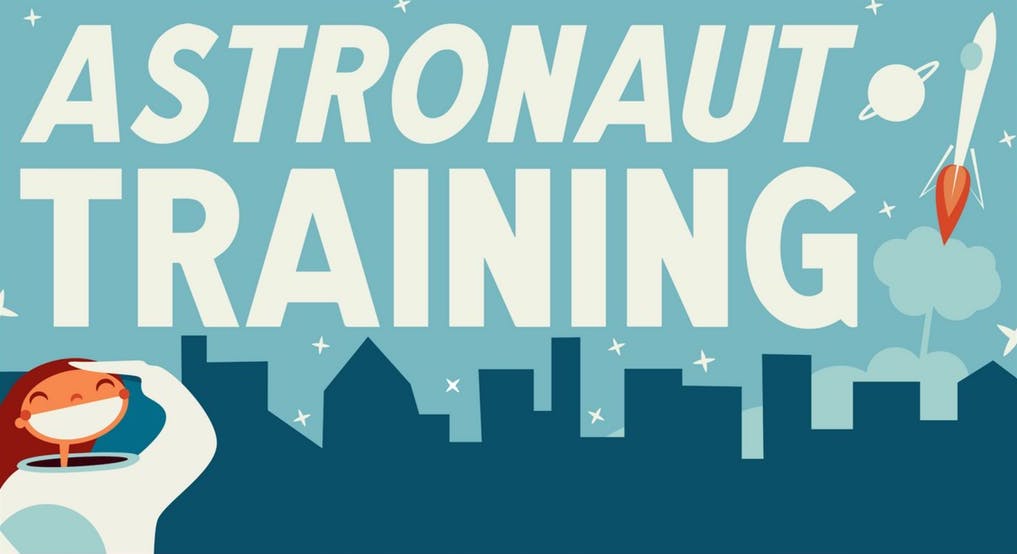 There was a time when space travel united the whole world. Let's bring that back... in the form of a competitive and divisive game show!
Astronaut Training is part trivia show, part comedy show, part VERY small-scale American Ninja Warrior. Imagine if a ‘90s Nickelodeon game show spawned in OUTER SPACE. Host Corinne Caputo (author of How to Success! and space zillionaire) takes two teams, each made up of a real scientist and a real comedian, through the rigorous tests of Astronaut Training. Joined by co-host Loren Grush (science reporter at The Verge), they will determine which team will become tomorrow's astronauts.

BIO:
Corinne Caputo
Corinne Caputo is a comedian and writer in NYC. Her first book, a self ­help parody, How To Success: A Writer’s Guide To Fame and Fortune was published by Chronicle Books to rave reviews (from her mother). She was a finalist in truTV's 2018 Comedy Breakout Initiative and is the host of the live game show, Astronaut Training.
Loren Grush
Loren Grush is a science reporter for The Verge where she specializes in all things space—from distant stars and planets to human space flight and the commercial space race. The daughter of two NASA engineers, she grew up surrounded by space shuttles and rocket scientists—literally. She is also the host of Space Craft, an original online video series that examines what it takes to send people to space.