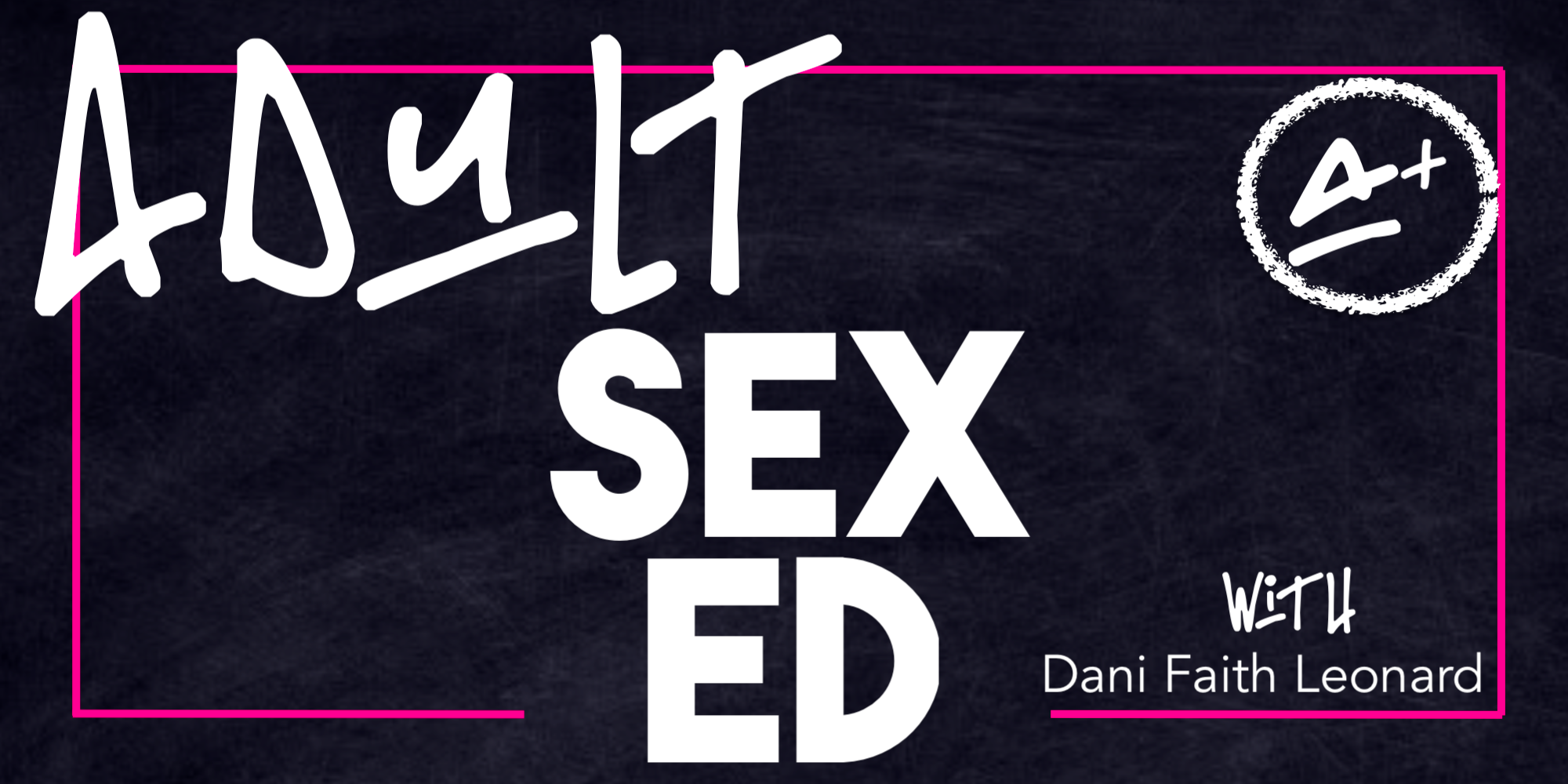 Hosted by Dani Faith Leonard, ADULT SEX ED aims to plug the holes in your sex education through hilarious exploratory deep dives into sexual topics and a fantastic line-up of storytellers. America’s failure to provide accurate sex education in schools is comedy’s gain!
Every month, ADULT SEX ED has a new theme - from “new adventures” to “strange history” to “sex ed and the movies.”  Just like your high school sex ed class, there are lessons to be learned. Unlike your high school sex ed class, those lessons won’t involve watching Philadelphia to learn that if you have sex, you’ll definitely get AIDS (and if you get skinny in Hollywood, you’ll win prizes). No matter the subject, you will leave feeling smarter and sexier.
“Sex Ed Is Back — And It's Nothing Like What They Taught in School” -Shondaland

“In Adult Sex Ed, Leonard has truly crafted the ultimate teaching platform. Her shows are immersive, smart, entertaining, beautifully curated, and they absolutely stay with you after the lights go down” -HoneySuckle Magazine

“All conversations that could arise from what we just heard could teach you a lot about a friend or a lover, even one you've known for years. And that could make sex a lot better.” -Shondaland

“Maybe it’s the vulnerability, the raw honesty and hilarity of the subject matter, or the relief of realizing sex is confusing for all of us – but by the end of the show, Adult Sex Ed really has removed a barrier of awkwardness around sex and created a candid and informative experience.” -Brokelyn
Dani Faith Leonard is a Comedian, Writer, and Producer. Dani writes and hosts the live show ADULT SEX ED, which aims to plug the holes in your sex education (through comedy) and has been called the “ultimate teaching platform.” Whether for film or tv, her writing projects all share similar qualities: They are funny; They are about bold women who are called upon to be brave; They are impeccably researched and often deal with history and sexuality. In 2010, she co-founded BIG VISION EMPTY WALLET, an inclusion-focused incubator that develops and amplifies unique voices in film and TV. Along with Bobby Farrelly, Dani Executive Produced Jenna Laurenzo’s debut feature film LEZ BOMB starring Bruce Dern, Cloris Leachman, Kevin Pollack and Steve Guttenberg, available on Netflix and iTunes. Other recent films include THE LIGHT OF THE MOON (Executive Producer, 2017), COAST (Producer, post-production), and RED WHITE & WASTED (Co-Producer, Tribeca 2019 Premiere). She is currently in development on her first feature film as a writer, a dark comedy called RUSH ISLAND.

You can catch her performing stand up or storytelling but she is the most easy to catch right in front of her Brooklyn building when she searches for her keys in her purse for about 10 minutes.