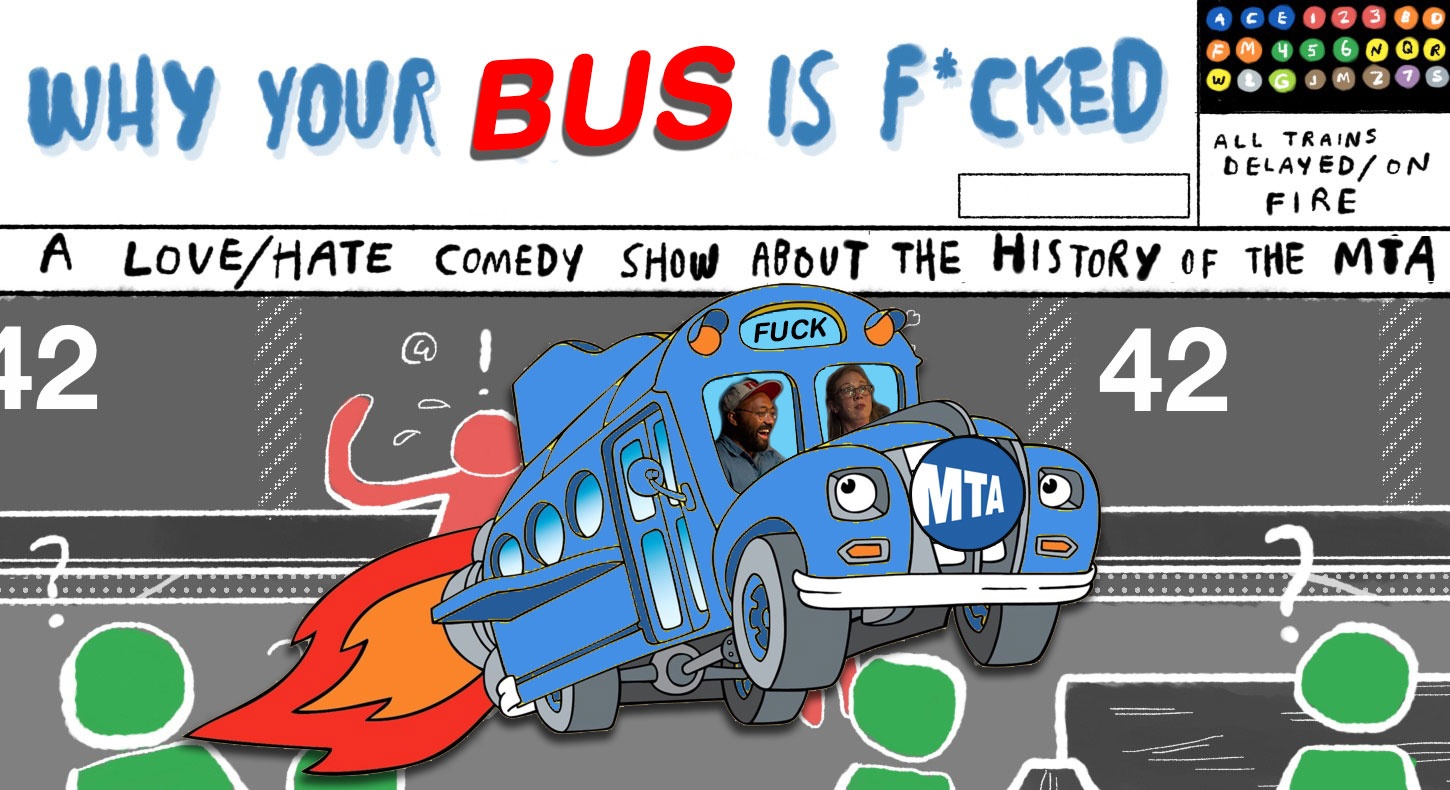 Why Your Train is F*cked: The Tragic Fool Bus

This month's show: The Tragic Fool Bus! Listen, we know the trains are f'ed, and they are that way for so many reasons – WE'RE LOOKIN' AT YOU, CUOMO – but the subway's sad aboveground friend, the MTA Buses, are just as f'ed up, too! We're taking it to the streets to find out once and for all – who would win in a fist fight, buses or subways?! Join Justin and Meg this month for all things buses!

THIS MONTH'S SPECIAL GUEST: Tabitha Decker – Tabitha is Deputy Executive Director of TransitCenter, a foundation that works nationally to improve public transit in ways that make cities more just and sustainable. Tabitha is one of the leaders of the Bus Turnaround Campaign, a coalition effort that has successfully advocated for better bus service in NYC, securing commitments from New York City Transit and Mayor de Blasio to radically improve bus speeds and reliability. Tabitha's advocacy for more equitable transit is underpinned by more than a decade of research in cities around the world, including a dissertation about the creation of Dubai's metro and a year-long study of the experiences of women taxi drivers.

THIS MONTH'S BUSKER: Míng, aka Sax of Shaolin, is the confluence between East and West. As a saxophonist, composer, and bandleader, he seeks to merge the musical lineages of his upbringing. He fuses American, South East Asian, and Afro-Caribbean music and creates music that sounds like a dance between the ancestors of the three traditions. This is not only an effort to experiment with music but also to find common ground between far-flung cultures. It's an approach that has developed, instinctually, from his experience as an immigrant and a Hakka Chinese, a nomad by blood. His music is simultaneously traditional and contemporary. Equally aggressive and tasteful. Always danceable and spiritual.