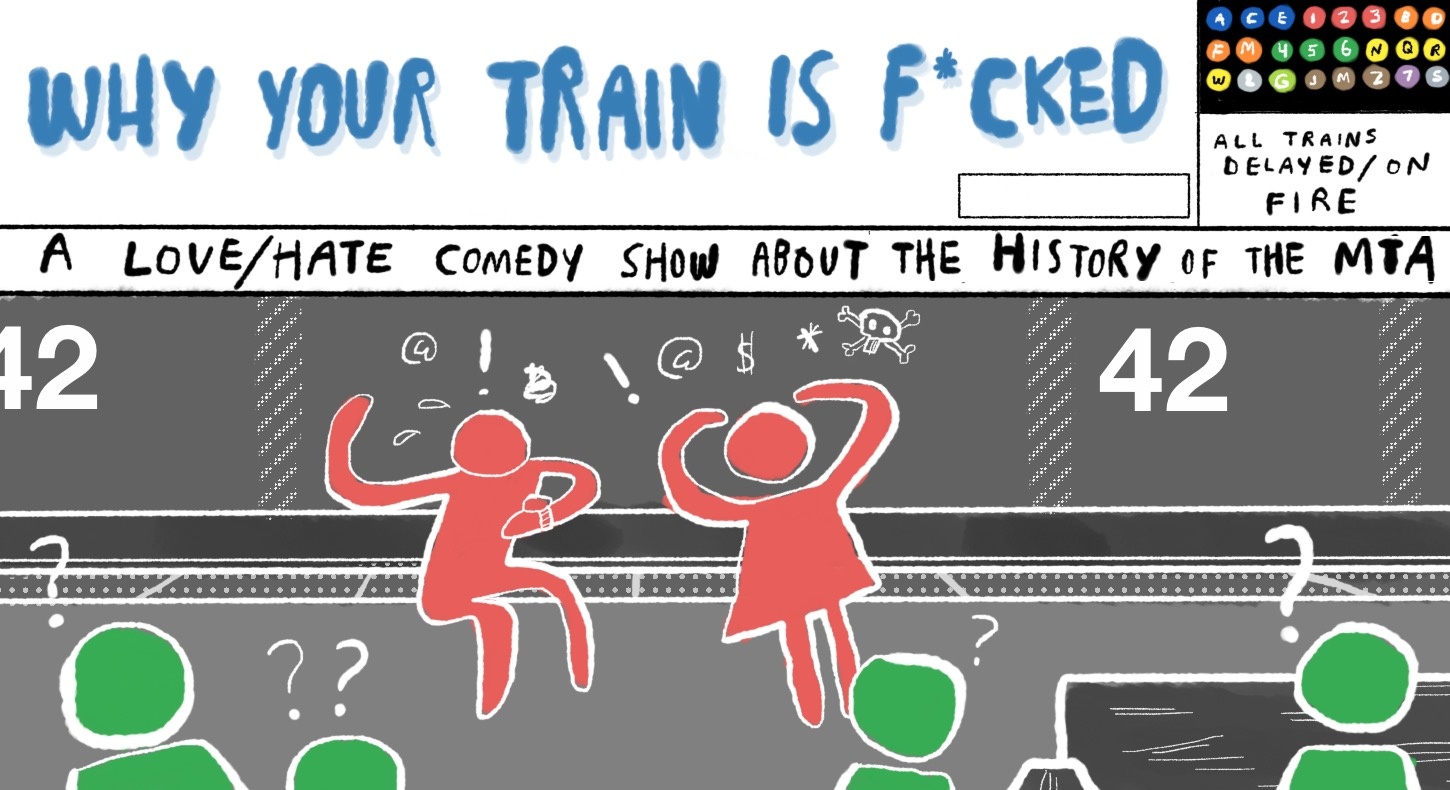 Why Your Train is F*cked: The B/D/F/M

This month's show: The B/D/F/M! It's the line we all love to hate, because it's truly terrible! One of the BDFM lines, we won't say which one, has scored worse in one-time records over the last decade *COUGH THE F LINE COUGH COUGH* and we started to wonder – why?! Buckle up, sweethearts – we're heading downtown, and if you get on the wrong train, you're going to make local stops until the day is done.

THIS MONTH'S SPECIAL GUEST: Renae Reynolds is the Transportation Planner for the NYC Environmental Justice Alliance. Her work seeks to support strengthen capacities within vulnerable communities to increase resilience and agency in addressing critical issues that directly affect their quality of life in an increasingly urbanizing world. Renee received a BA in Sociology from Queens College and an MA in the Theories of Urban Practice, from Parsons New School for Design.

THIS MONTH'S BUSKER: Natalia 'Saw Lady'® Paruz has spent two decades bringing the rare art form of playing music on a carpenter's saw to audiences from Carnegie Hall, Madison Square Garden and Lincoln Center to the NYC subway. Her saw playing is on movie soundtracks such as 'Time Out of Mind' with Richard Gere, HBO's Emmy winning series 'The Jinx' and 'Dummy' with Adrian Brody. Follow her on Facebook, Twitter and Instagram!