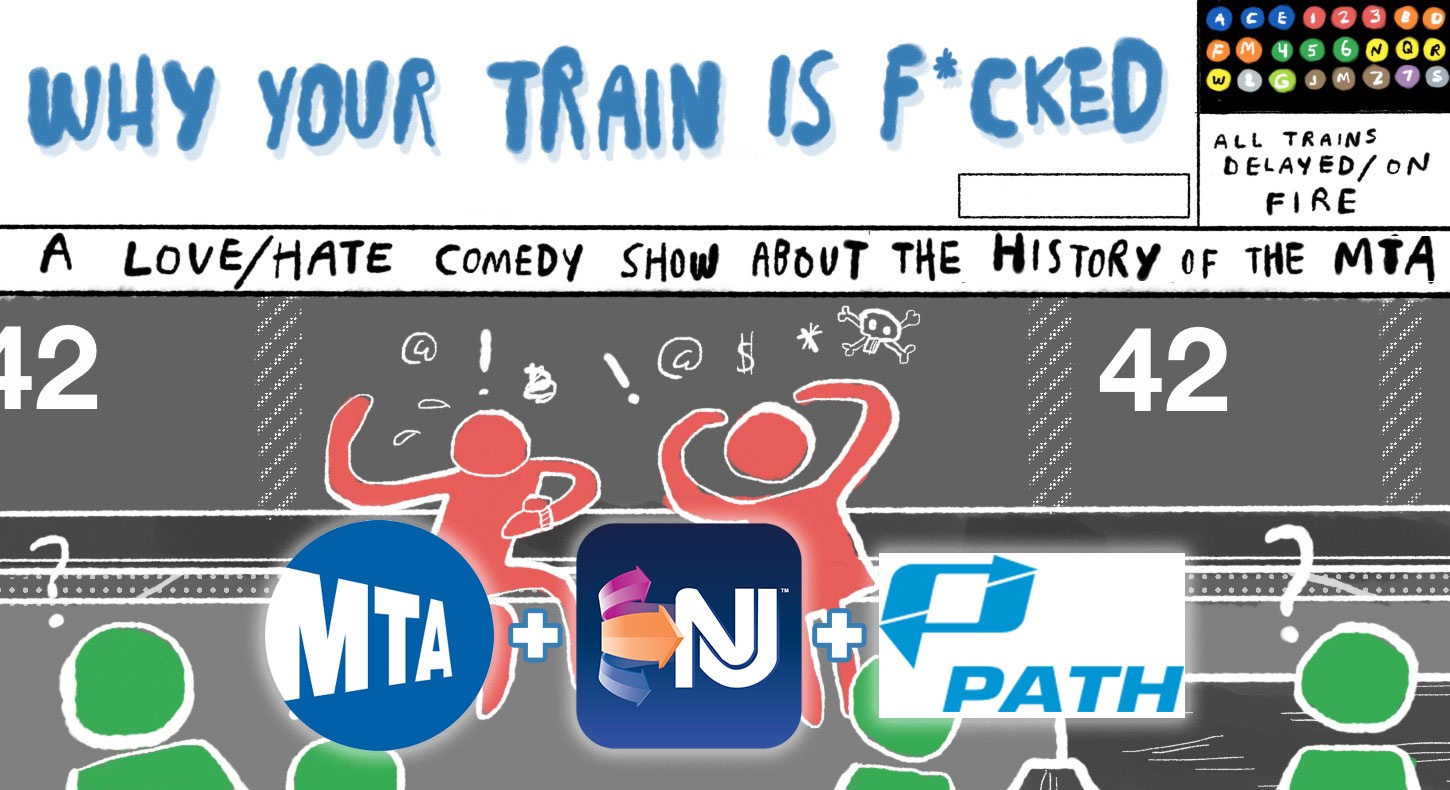 Why Your Train is F*cked: NJTransit and the PATH

This month's show: NJTransit and the PATH! – We're doing another crossover episode, baby! The MTA, NJTranist and the PATH are woefully intertwined, and each weekday, the three operations serve over 6 million people every day. So when you pit one against the other, which one comes out on top?? Only those at our shows will know.

THIS MONTH'S SPECIAL GUEST: Nick Sifuentes is the Executive Director of Tri-State Transportation Campaign, where he has led winning campaigns for New Jersey Transit board reform, increased funding for NJ Transit and the MTA, and comprehensive bus reform and congestion pricing in New York City. Nick comes to TSTC from the Riders Alliance, where he served as Deputy Director. There, he led campaigns to call on the State Legislature to fix and fund New York City’s public transit, create a half-priced MetroCard program for low-income residents known as Fair Fares, and revamp ailing bus service in New York City.

THIS MONTH'S BUSKER: Melissa Elledge is an accordionist based in New York City. Along with performing in major venues across the country, she has been charming subway straphangers with her eclectic arrangements of popular tunes for more than a decade. No, she can’t tell you when the next train is coming.