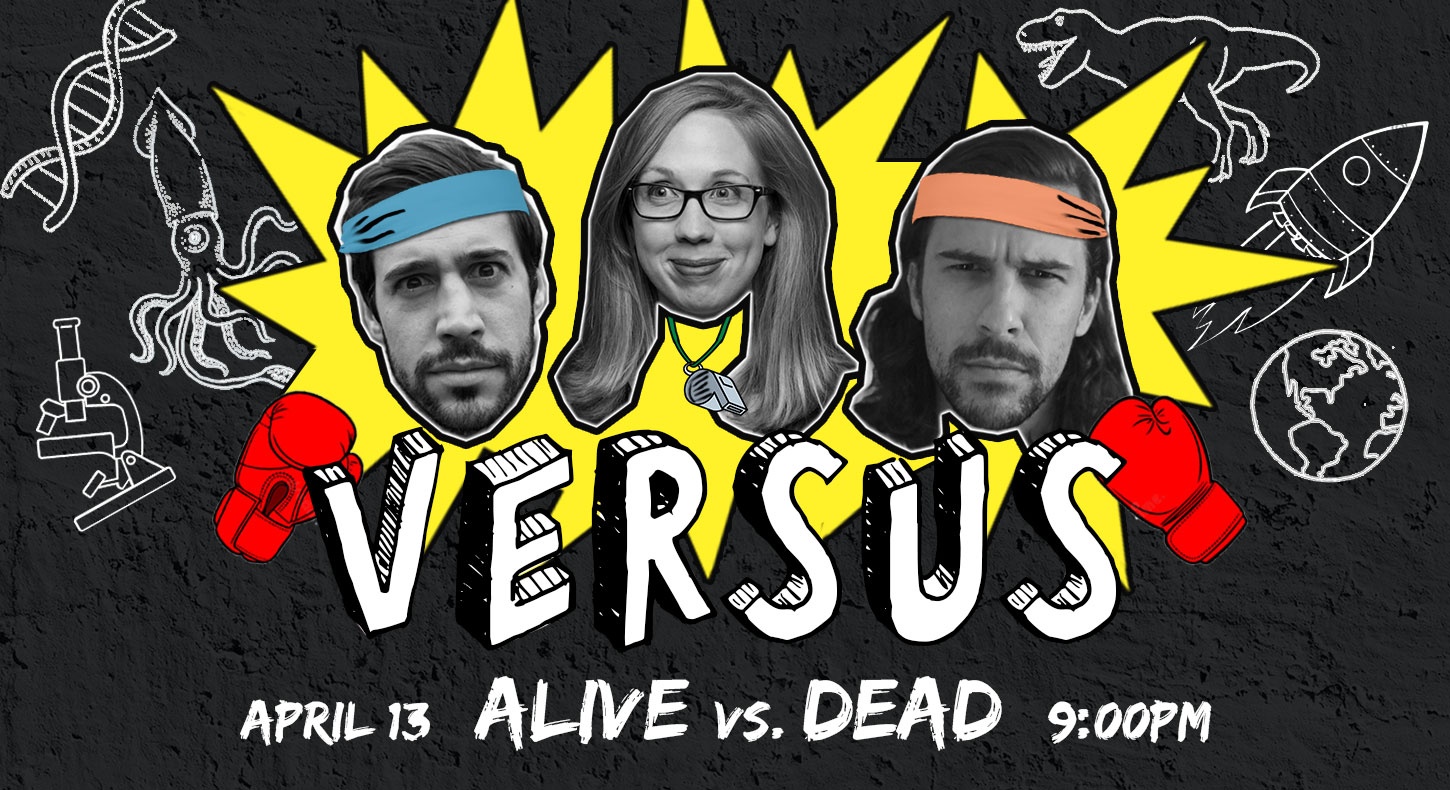 VERSUS: Alive vs. Dead

THIS MONTH: Alive vs. Dead!

Repping Alive: John Fuentes is a native New Yorker who works with the Living Exhibits team at the American Museum of Natural History. He is super excited to be participating in Caveat's Alive vs. Dead. His eyes are on that championship belt.

Repping Dead: Shaena Montanari (@DrShaena) is a paleontologist, rock enthusiast, and science writer and this shouldn't have to be explained but she's obviously repping team Dead.