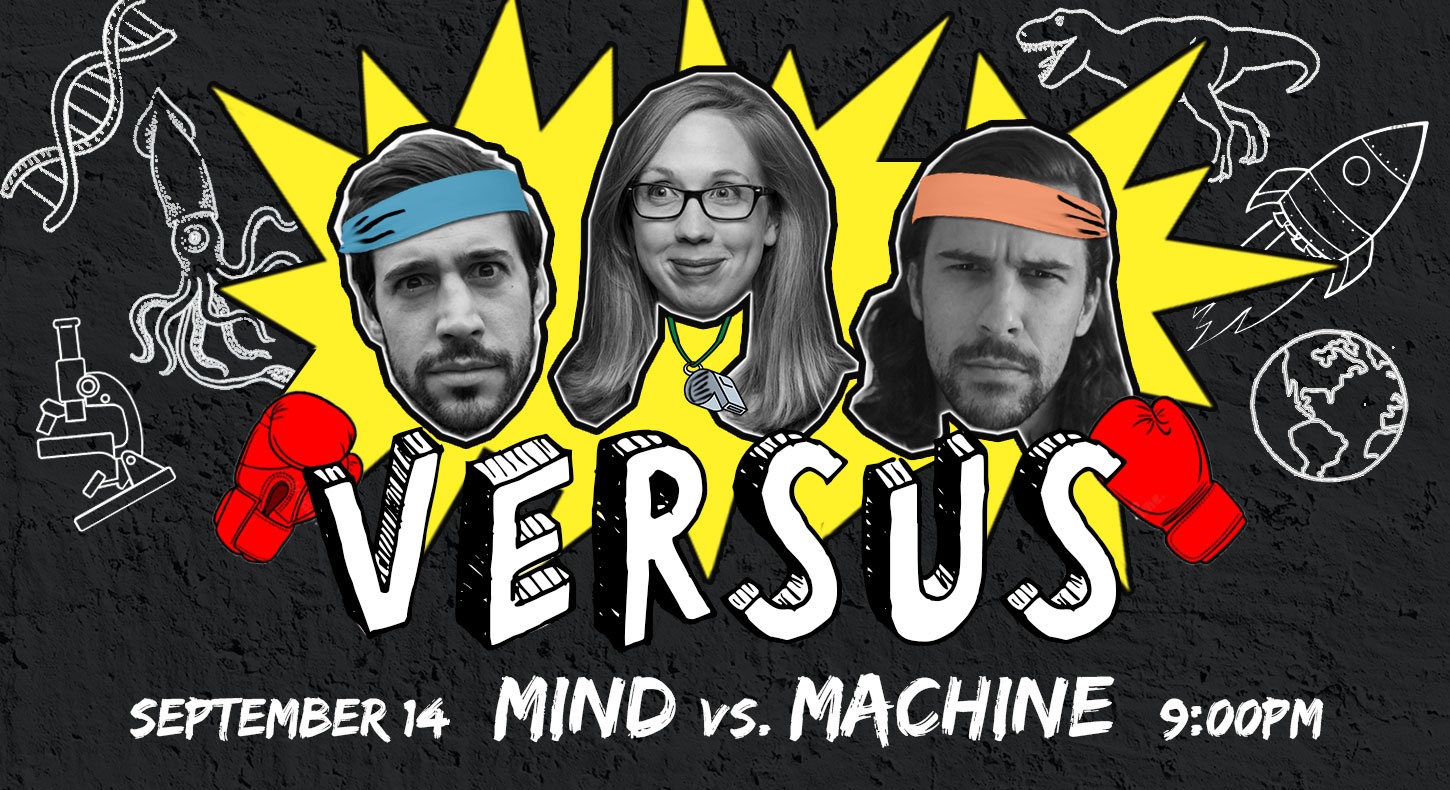 VERSUS: Mind vs. Machine

Repping Mind: Scott Barry Kaufman – Scott is a psychologist at Columbia University who is interested in using psychological science to help all kinds of minds live a creative, fulfilling, and meaningful life. Kaufman has over 60 scientific publications on intelligence, creativity, personality, and well-being. In addition to writing the column Beautiful Minds for Scientific American, he also hosts The Psychology Podcast, which was named by Business Insider a podcast that “will change how you think about human behavior.” Kaufman received a Ph.D. in cognitive psychology from Yale University, and an M. Phil in experimental psychology from the University of Cambridge under a Gates Cambridge Scholarship. You can find out more at http://ScottBarryKaufman.com.

Repping Machine: Sophie Bushwick – Sophie is the technology editor at Scientific American. Previously she worked as a senior editor at Popular Science and as a freelance writer, podcast producer and video host for publications including Discover, Inside Science and Gizmodo.

Please note: due to unforseen circumstances, Michael D. Lemonick will no longer be able to attend this event.