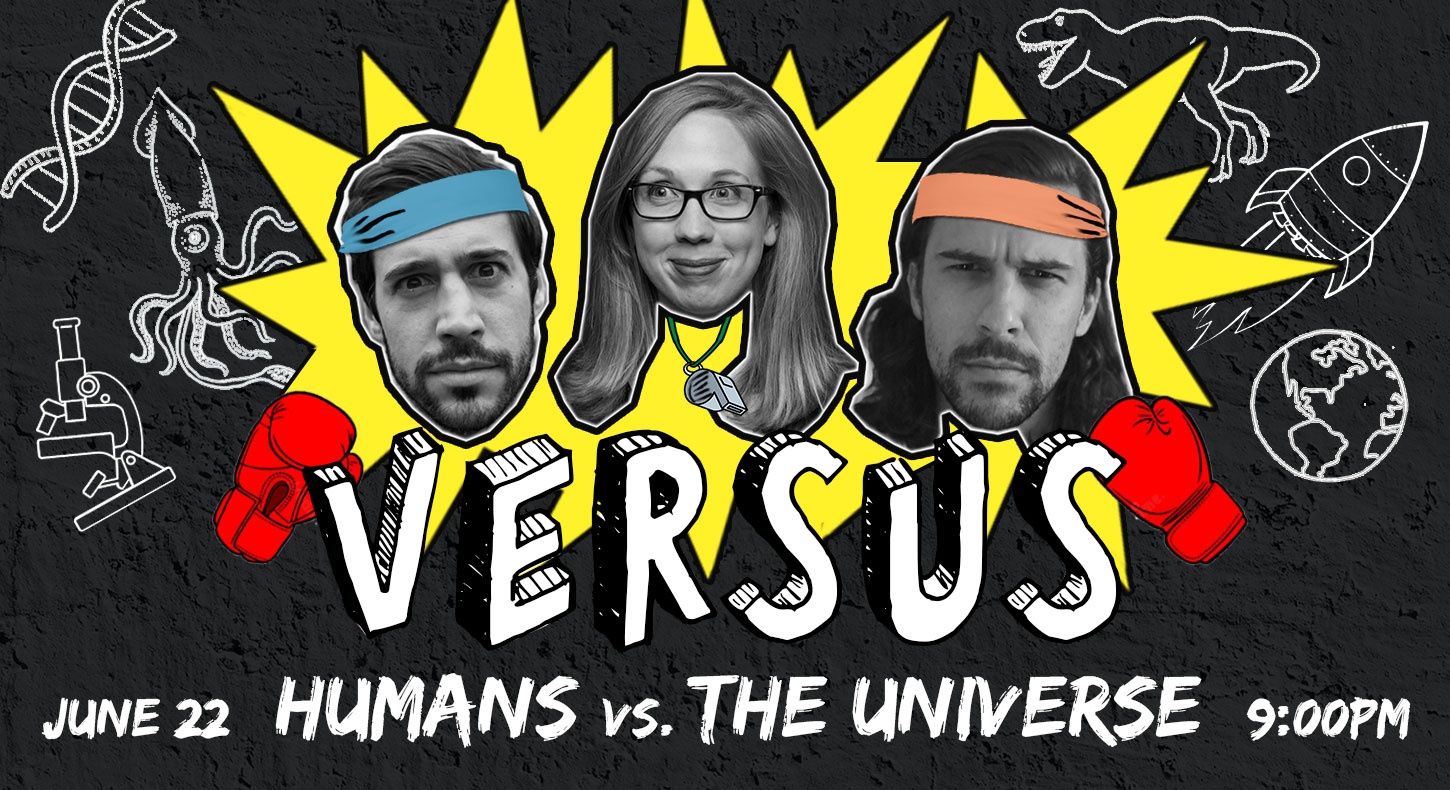 VERSUS: Humans vs. The Universe

THIS MONTH: Humans vs. The Universe w/ Scientific American!

Repping Humans: Tanya Lewis – Tanya is an associate editor for health and medicine at Scientific American. She studied biomedical engineering in undergrad, but decided to pursue a career in journalism after a near-death experience with a monkey. Her beat covers everything from brain-machine interfaces to the brave new world of gene editing, as well as less sexy (but equally important) topics like measles. She originally hails from Hawaii, and no, she doesn’t surf.

Repping The Universe: Lee Billings – Lee is a senior editor at Scientific American covering space and physics, and author of the award-winning book Five Billion Years of Solitude: The Search for Life Among the Stars.