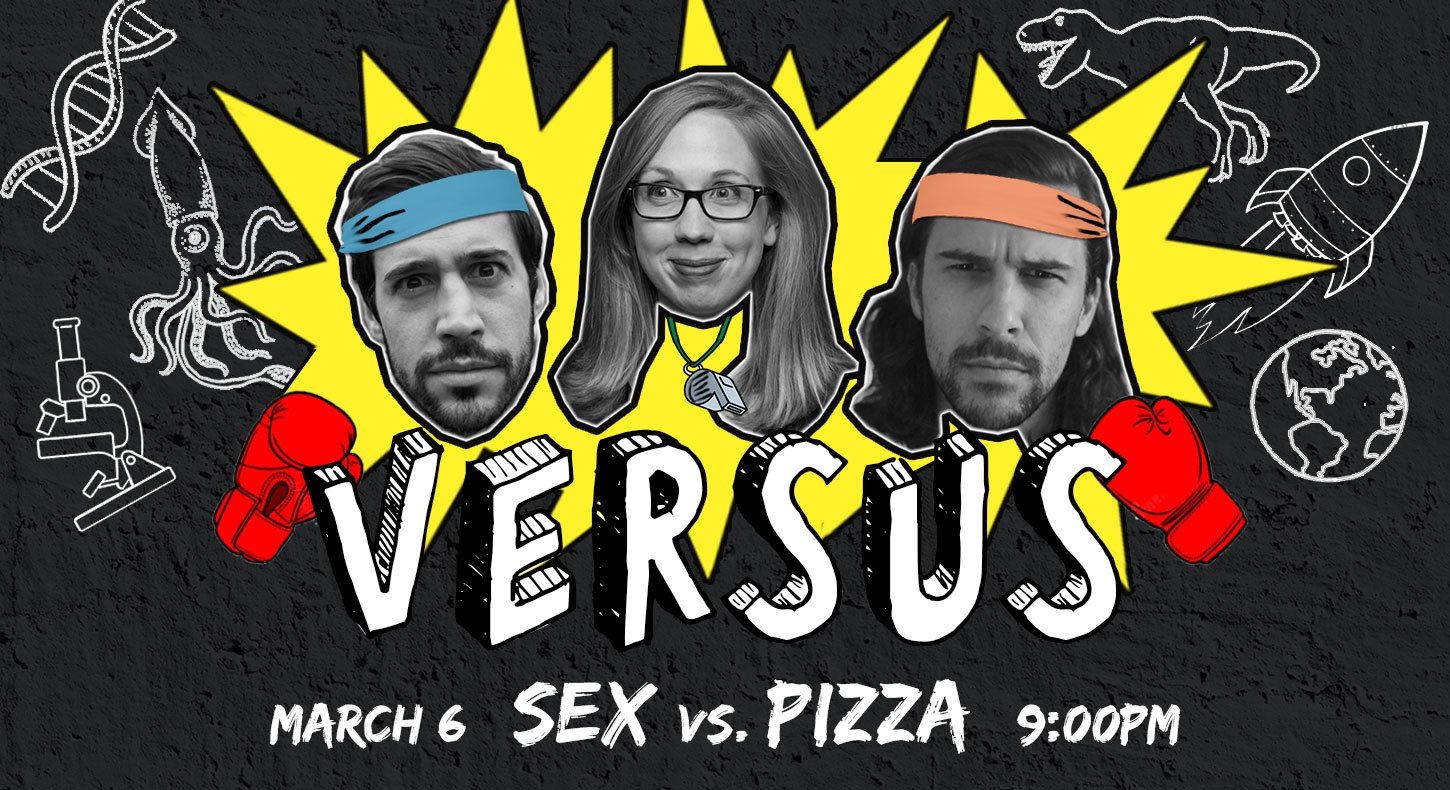 VERSUS: Sex vs. Pizza

THIS MONTH: Sex vs. Pizza

Repping Sex: Natalia Reagan is an anthropologist, primatologist, host, comedian, professor, producer, and writer. She most recently was a comedy writer and correspondent on Neil deGrasse Tyson’s StarTalk, a regular host of the StarTalk All-Star podcast, and a science correspondent for Thrillist’s Daily Hit. She co-hosted Spike TV’s 10 Million Dollar Bigfoot Bounty and was also a writer and host for Discovery’s DNews as well as an animal expert on Nat Geo Wild’s Everything You Didn’t Know about Animals. She received her MA in anthropology after studying the effects of deforestation on the Azuero spider monkey in rural Panama and while in grad school she began producing science comedy videos. She currently lives in Brooklyn and is a professor of anthropology at Lehman College and Eastern Kentucky University. Natalia has been shit on by more monkeys than she’s willing to admit. You can follow her on the socials @natalia13reagan

Repping Pizza: Scott Wiener is the founder of Scott’s Pizza Tours, a NYC pizza tour company, and Slice Out Hunger, a hunger relief nonprofit. He judges pizza competitions, writes for a pizza trade magazine, consults for pizza ingredient companies, and holds the Guinness World Record for the largest collection of pizza boxes.