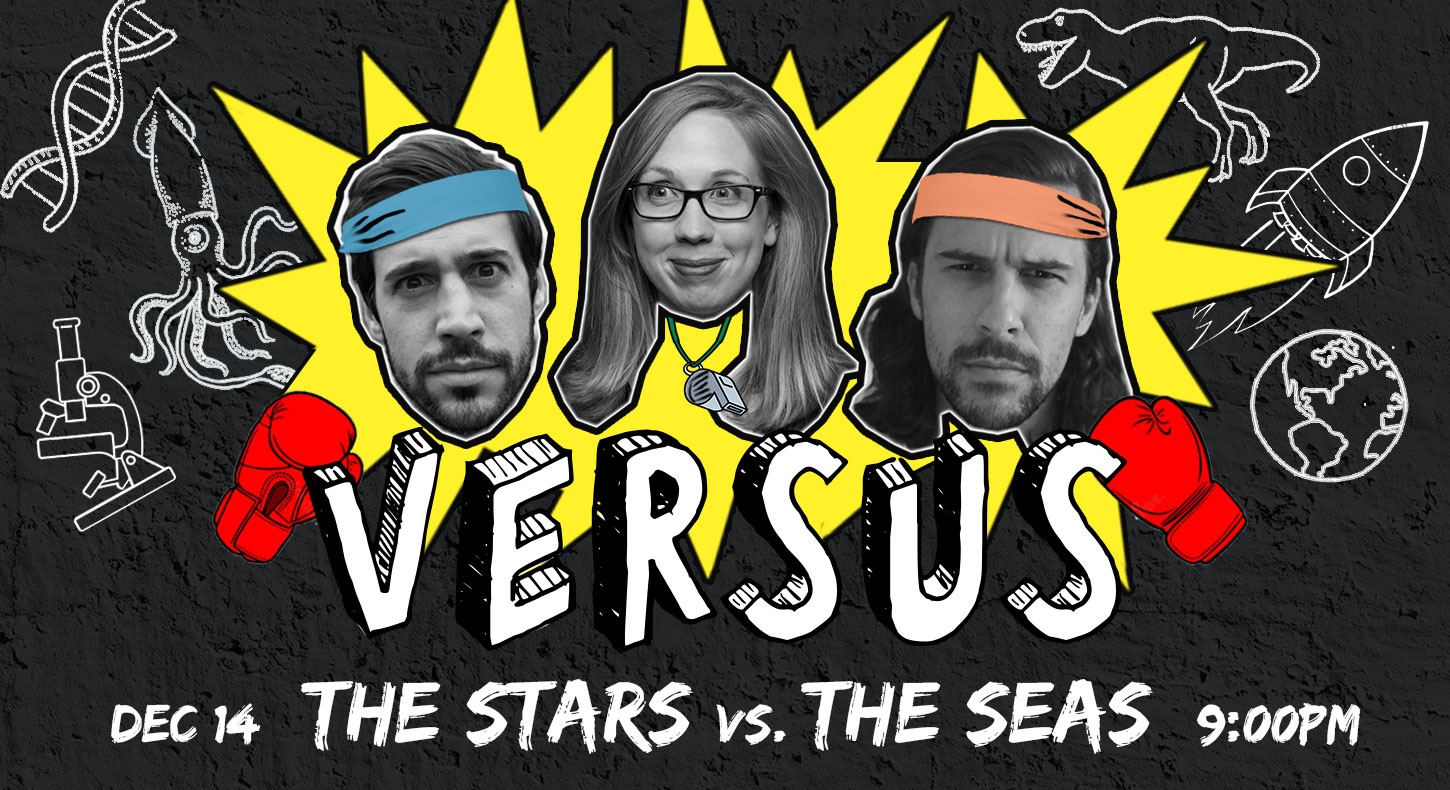 VERSUS: The Stars vs. The Seas

THIS MONTH: The Stars vs. The Seas!

Repping The Stars: Moiya McTier grew up in a log cabin without running water and now she's an astrophysicist studying planets outside of our solar system. Along the way, Moiya became the first person to graduate with degrees in both astrophysics and folklore from Harvard University, she wrote a science fiction novel, and she found a passion for science communication. When she's not uncovering the secrets of the universe, Moiya is either talking about science in front of strangers (often here at Caveat!) or cuddling with her cat, Kosmo.

Repping The Seas: Diana H. Li loves getting people excited about science and currently works at Columbia University's Mortimer B. Zuckerman Mind Brain Behavior Institute as Public Programs Associate. Prior to getting the local community excited about brains in NYC, she earned her PhD in biology at Stanford University where she studied how squid swim. Get a taste of her interests here (or at your favorite calamari restaurant)!

VERSUS: Brains vs. Brawn