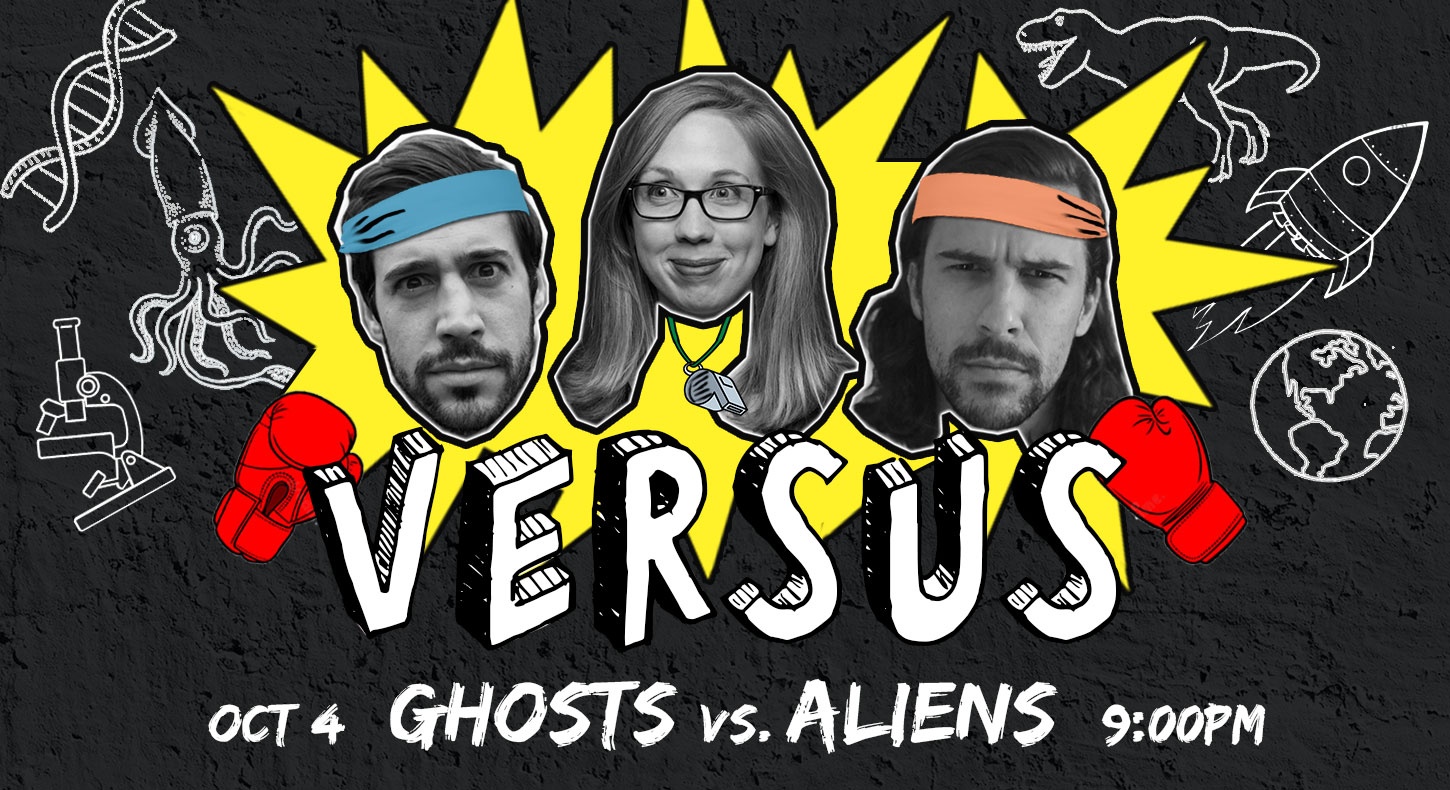 VERSUS: Ghosts vs. Aliens

THIS MONTH: Ghosts vs. Aliens!

Repping Ghosts: Kevin Townley – Kevin Townley has performed in Hollywood blockbusters, elementary school cafeterias and everywhere in between. With Waterwell Theatre Company: developed 'Blueprint Specials' (Intrepid Museum), GOODBAR (Public Theater Under the Radar). Other NYC: Shockheaded Peter (Little Shubert), My Deah (Abingdon). Film: Men In Black 3, The Sitter, My Super Ex-Girlfriend. TV: The Last OG, The Detour, The Following, All three Law & Orders, Sherri. The Associated Press has called him “Magnetic” and “Fabulous”, and in The New Yorker Hilton Als wrote that he was a star, but spelled his name wrong, so who knows…

Repping Aliens: Emily Rice – Dr. Emily Rice is an associate professor in the Department of Physics & Astronomy at the CUNY College of Staten Island and resident research associate in the Department of Astrophysics at the American Museum of Natural History. She studies low mass stars, brown dwarfs (sometimes called “failed” stars), and directly-imaged exoplanets by analyzing their spectra and modeling their atmospheres.