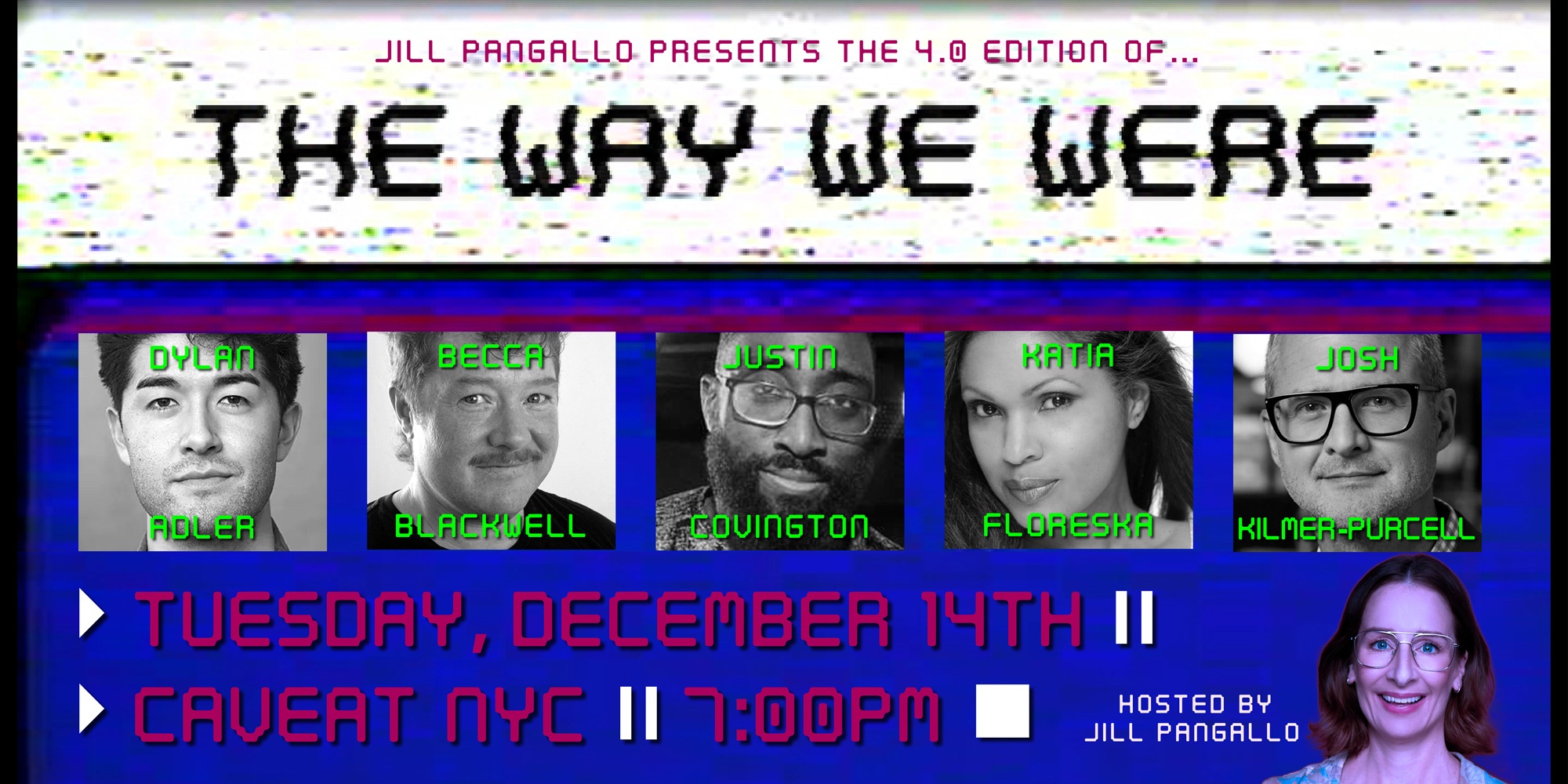 The Way We Were invites a bevy of talented comedians, musicians, artists, writers, actors, and alternative cabaret stars to respond to a past performative video with a newly created short-form performance. An entertaining evening aimed at synthesizing past and present selves!

Inspired by series creator and host Jill Pangallo's own stack of VHS’s full of cringe-inducing teenage antics, The Way We Were examines the relationship between the performer to their younger, digitized self and seeks to find currents of continuity between past and present artistic practices. Angsty, funny, sincere, sad, happy—and sometimes a mind-boggling combination of all of the above emotions—these early videos carry seeds of ideas and conventions employed in these artists' now-honed works.

Dylan Adler is a comedian, actor, and musician based in NYC. He’s performed musical comedy at the NEW YORK COMEDY FESTIVAL and was featured in the NEW YORK TIMES for his show "Rape Victims are Horny Too" with Kelly Bachman. He performs musical improv on PEOPLE'S IMPROV THEATRE house team “Punch Funk” and has been featured in the NY Post and Elite Daily. He is also the co-composer of the musical Goodmorning New York that played at NYMF and also Off-Broadway at the Players theatre in 2020. He studied music composition at NYU Steinhardt where he was awarded the Alan Menken Scholarship. @dylanadler_

Becca Blackwell is a New York-based trans actor, performer, and writer who works collaboratively with playwrights and directors to expand our sense of personhood and the body. Blackwell, who exists between genders, and prefers the pronoun “they,” has worked with theater artists and playwrights like Young Jean Lee, Half Straddle, Jennifer Miller’s Circus Amok, and Richard Maxwell. Their past film and TV projects include, MARRIAGE STORY, SHAMELESS, and HIGH MAINTENANCE. Blackwell received the 2015 Doris Duke Impact Artist Award and has been profiled in THE NEW YORKER. Blackwell makes their own work, touring their most recent solo show THEY, THEMSELVES & SCHMERM to over a dozen venues around the country. @theirishhorse

Justin Covington is out, ripped, and nerdy, and he's gonna tell you all about it. The Detroit native moved to New York City in 2017 and has been a steadily rising force in the comedy scene ever since. A featured performer at the Whiskey Bear and Motor City Comedy Festivals, Justin's easy-going and likable demeanor lets him tell even the most eyebrow-raising stories and bring down the house everywhere he goes. His onscreen appearances include the Netflix series EASY and Billy Eichner’s new film BROS. @jcov1

Katia Floreska is a New York City based singer, musician and songwriter who got her start as a little girl on her family piano, eventually becoming a live music performer and recording artist having worked with a number of artists and producers in NY, LA, London and Barcelona.  She was a backup singer for RONNIE SPECTOR and sang in a band with Moogy Klingman, formerly of Todd Rundren’s UTOPIA.  Katia continues to perform live with NYC’s beloved institution, THE LOSERS LOUNGE and is currently collaborating with Roger Fife (London) on their project, “2F.”  @katiafloreska

Josh Kilmer-Purcell is the NEW YORK TIMES best-selling author of “I Am Not Myself These Days” and “The Bucolic Plague.” He and his husband are co-founders of the global beauty brand, BEEKMAN 1802, and owners of a goat farm in Sharon Springs, NY. He has written articles for NPR, HUFFINGTON POST and others. The pair also participated in the 21st season of THE AMAZING RACE ultimately becoming the season's grand prize winners. @joshandbrent