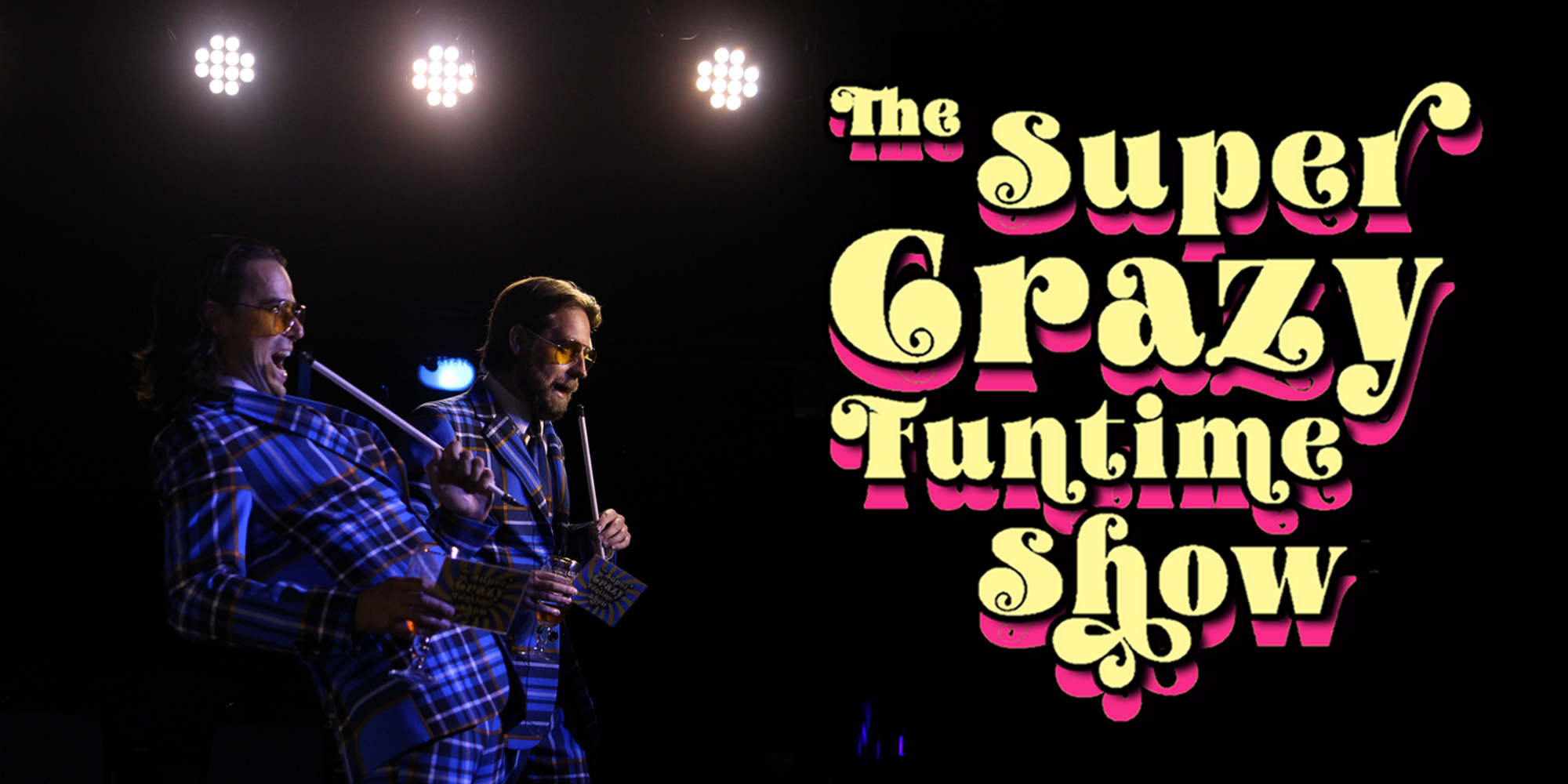 All tickets purchased for the postponed event on 12/17/2021 will be honored for this date.

The Super Crazy Funtime Show places you into the audience at a live taping of a fictional TV game show. Complete with pre-taped commercial parodies, audience participation games, drinks, prizes, and more!

A game show and a sketch comedy show combined, with topics and games revolving around current and nostalgic pop culture references.

The show is a TimeOut NY & AMNY critics pick. Video shorts and commercial parodies from the show have won awards at film festivals and have been featured on sites including Funny Or Die.

"An Adult Swim version of Pee-Wee's Playhouse and the Price is Right."

ARTIE BRENNAN (Francis Merryweather): Artie is an award winning actor and comedian from NYC. He studied drama at NYU and honed his improv & sketch comedy skills at The Second City, and The Upright Citizen's Brigade. Artie won Best Actor for the dark thriller "In For Business" at the Best Shorts Competition and was nominated for Best Actor at The Maverick Movie Awards. He co-wrote and developed the live NYC sketch comedy show, "A2Z: Black & White", into a tv pilot, that earned him a nomination for Best Actor at The Hip Hop Film Festival and the NYCTV Fest. His script was nominated at the Top Indie Film Awards. TV: House Of Cards, The Affair, American Genius, For Life, Dad Day, Comedy Central. Off-Broadway: With A Little Help...It's John Belushi

As a writer/director his shorts have won awards at several film festivals and played all over the world. ArtieBrennan.com

ANTHONY GIORDANO (Dino Valentino) : Anthony Giordano has been described as an averaged height, spaghetti-legged, male who likes to “shake it.” Known for his tv roles on The Mysteries of Laura, Deception, and Person of Interest. He has also been featured on Netflix, Hulu, Comedy Central, and Funny Or Die. His award winning web series The Anthony Show (a mock late-night variety show in the vein of Nickelodeon’s KaBlam!) is now streaming on YouTube. When he’s not creating content you can find him cuddling his pup, Dolly, or avoiding soft cheeses.

MCKENNA COX (Various): McKenna is a New York based actor who has performed on various comedy stages around the country including the Upright Citizens Brigade, the PIT, and NBC’s competition show, Bring the Funny. You may have also seen her in commercials for clients such as Squarespace, SafeAuto, Microsoft, LinkedIn, Comcast, and more!