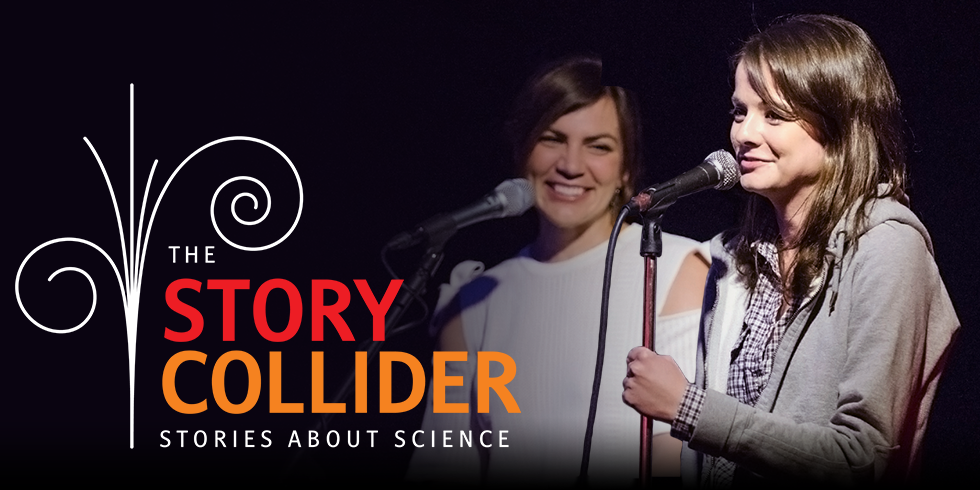 This January, join us for 5 true, personal stories of rebirth! From mystery illnesses to family bonds, discover life changing moments with us.

Neil Intraub is a 2 time Moth Story Slam winner.  He is also a teaching artist, writer, voice talent, and physical theater performer. For the past 30 years, Neil has been the co-director of TheatreMoves, Inc., a not-for-profit theater organization that encourages public school students to work together, write stories, and express themselves collaboratively through facial expression, different movement textures and voice. Breaking through the rigors & rigidity of testing, TheatreMoves stresses the concept of FUN with control. Speaking of fun, for the past several years, Neil has had a blast honing & shaping his personal voice by telling stories at the Moth and other open mic venues

Adele Jackson-Gibson is a writer, model, actor and CrossFit coach who lives in Brooklyn, NY.  She's super passionate about empowering women through sports and fitness. She currently co-hosts a podcast called Rule Breakers, where she interviews women making moves in the sports industry. Adele received her master's in journalism from NYU and earned her bachelor's degree in French literature from Yale University. You can find her work featured in Teen Vogue, BUST Magazine, The Players' Tribune and Excelle Sports.

Roxanne Khamsi is a science journalist. Her writing has appeared in  publications such as The Economist, Scientific American, Slate and The  New York Times Magazine. She is also the chief news editor at the  journal Nature Medicine. Roxanne has taught science communication at the  Alan Alda Center for Communicating Science at Stony Brook University  and health journalism at the CUNY Graduate School of Journalism. She is  proud of the yogurt she makes from a starter culture brought to the  country at the start of Obama's first term as president. You can find  her online at @rkhamsi.

Kelsey McCoy is a PhD candidate in biological sciences at Columbia University who works at the intersection of biology, chemistry, and physics. She has a B.S. in chemistry from the University of Minnesota where she worked on the mechanics of chromosome segregation in ultra small mitotic spindles. Her PhD research is based on using solid state NMR techniques to explore the structural biology of bacterial protein complexes and is going alright so far. She helped organize the Columbia chapter of the outreach group Open Labs (theopenlabs.org) and works as a peer writing consultant with Columbia’s graduate student writing studio. In her spare time you can find her at coffee shops and hockey rinks or tweeting from @advsinchem.

Gianmarco Soresi recently headlined Carolines on Broadway, acted opposite Tracy Morgan on TBS' The Last O.G., and catered a Bar Mitzvah. He's told tales at The Moth (StorySLAM winner), RISK!, Yum's The Word, TALE, and more. Special thanks to his sisters that will hear his story several times before you do.