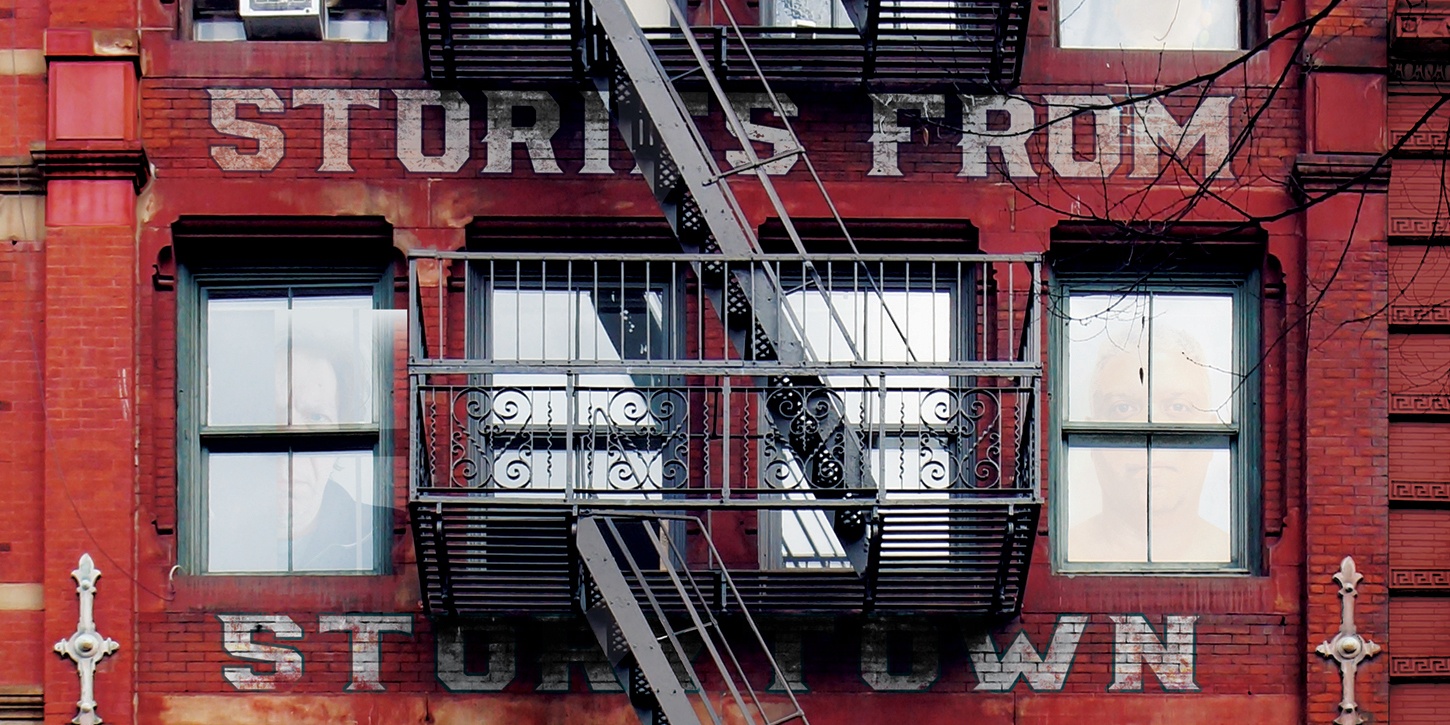 Hosted by Storytown bandleader Guy Story, this bimonthly series will mix storytelling with live music from the band Storytown. Each storyteller will share their personal experiences in NY’s music scene over the years. And Guy’s band Storytown will play live in between the stories – new songs as well as songs from their debut album Welcome to Storytown. It’s a variety show of sorts about music in NY, then and now, intimate and personal.

AMY RIGBY is a songwriter, musician and performer. Her most recent album The Old Guys was voted one of the top 100 albums of 2018 in the Pazz & Jop US music critics’ poll, and single "The President Can't Read" was #1 in Rolling Stone's Real Life Top 10, March 2019. Her memoir Girl To City will be published October 8th. She plays her songs all over the world and writes online at diaryofamyrigby.wordpress.com. She lives with her husband and sometime duet partner Wreckless Eric in New York’s Hudson Valley. When she isn’t touring, she pours beer and sells books at The Spotty Dog in Hudson.  Visit Amy’s website at www.amyrigby.com.

ANDY SCHWARTZ was born in Manhattan and raised in the New York suburbs. At age 14, in a high school gym, he attended his first "rock concert" starring doo-wop masters Eugene Pitt & the Jive Five and a local Stones clone band called the Jagged Edge. In his high school years, Andy saw the Doors at the Village Theater; both Jimi Hendrix Experience and Cream at Hunter College; the Grateful Dead at the New York State Pavilion of the World’s Fair, and Big Brother & the Holding Company (with Janis Joplin) at opening night of Bill Graham’s Fillmore East. He began writing about pop music circa 1972 as an undergraduate at the University of Minnesota. Shortly after returning to New York in 1977, Andy took over as publisher and editor of New York Rocker, the punk/new wave magazine founded by the late Alan Betrock. Under Schwartz's direction, NY Rocker published 44 issues and became the most widely read and influential US publication of its kind. After several years as a freelance writer, publicist and artist manager, in 1989 Andy was named Director of Editorial Services for Epic Records (a division of Sony Music) and held this position until 2000. Andy also edited the program booklet of the Rock & Roll Hall of Fame induction ceremonies, and later served as a research consultant to the Rock Hall's Library & Archive project.

Sisters and New York City natives TISH and SNOOKY BELLOMO have been America’s darlings of creative hair color and punk rock pioneers and tastemakers, since their days in the original Blondie band line-up in the mid-70s. Opening America’s first Punk Boutique in 1977, they went on to start the world’s first alternative beauty brand, Manic Panic®, leading the hair color revolution and changing the concept of what beauty is forever! For over 40 years Tish and Snooky have delivered their rock n’ roll lifestyle to the world through their iconic brand. Their legendary hair color, which has remained 100% Vegan and Cruelty-Free since its inception, has helped celebrities including Cyndi Lauper, Rihanna, Lady Gaga, Katy Perry, Cardi B, Kylie Jenner and Kim Kardashian stand out in the headlines. Tish and Snooky have been dubbed “The Martha Stewarts of Punk”, and still rock the Manic Panic lifestyle. “We don’t just sell it, we live it!” has been their motto for over 40 years. To this day, Tish and Snooky still perform regularly, singing with some of music’s biggest and icons, including the all-star band Blue Coupe, consisting of Rock and Roll Hall of Famer Dennis Dunaway (founding member of the Alice Cooper group) and Albert and Joe Bouchard, founding members of Blue Oyster Cult. Tish and Snooky continue to spread their brand of radical glamour® throughout the galaxy!