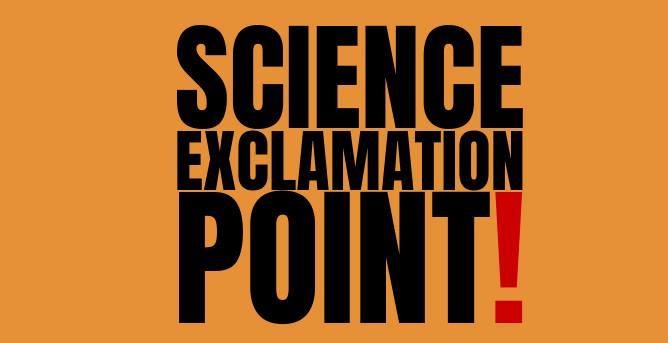 Thank You, Robot presents… Science Exclamation Point! In this long-running monthly show, two short, entrancing science lectures inspire sets of hilarious, never-to-be-seen-again improv comedy. Featuring veteran improv team Thank You, Robot, whose members’ credits include Veep, This American Life, The Onion, SNL Weekend Update and more. Plus a different special guest team every month, and lectures curated by Caveat producers. Bring all of your exclamation points. You will need them.

Raj Sivaraman is a writer, comedian, and unfunded research scientist, who has been featured in the New York Times, Huffington Post, and Nature. Raj has performed in comedy festivals around the country and presented his research at just as many science conferences around the world. He has also written for Comedy Central, and was one of the main writers and performers for Boston News Net. His sketch album “In Case of Emergency” is available in several boxes under his bed.
Evie Alexander is a science teacher at the Professional Children’s School in NYC. She graduated from Cornell with the hopes of becoming a veterinarian, but was (and still is) allergic to all furry animals. This combination of sneezing and love for animals led her to do research in microbiology, specifically immunology. After 5 years in the lab, she decided that a change of pace was needed and moved to the classroom. In her free time, Evie runs an Instagram account identifying pond protozoa from around the world, a public education YouTube channel, and a journal database website for teachers. She also likes long walks on the beach.

This event is mixed seated and standing room. Seats are first-come first-serve!