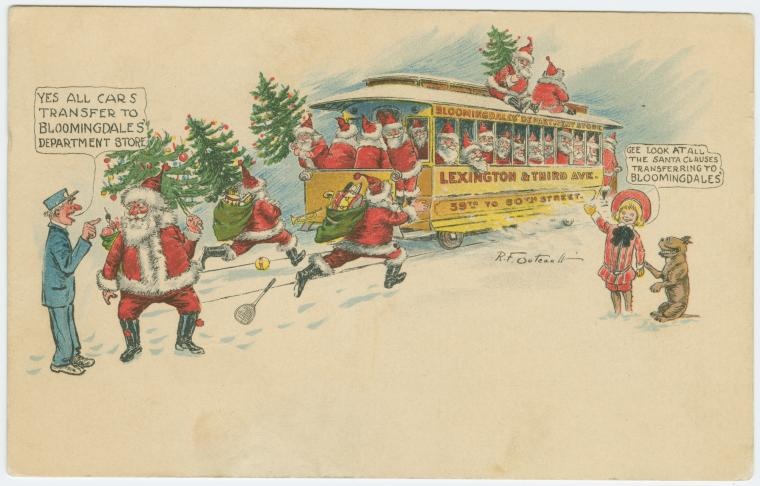 Santa's From West 23rd St, and other secret histories of New York holidays

A night of hidden holiday science and history told by the city's best researchers and storytellers. Come learn the winter solstice origins of your favorite holiday traditions, the nordic mythology behind Santa's reindeer, and the West 23rd street birthplace of Santa Claus himself.

Christa Avampato
The Winter Solstice has been celebrated across the globe since ancient times. The Inca, Celts, and even our Stone Age ancestors treasured this day as sacred. As you hunker down and sip toasty beverages in cozy, dimly lit rooms for the next three months, here's a reason to find joy in and gratitude for winter: without the Winter Solstice, human beings may have never existed at all.

Christa Avampato is an award-winning author, journalist, and storyteller. Her writing has appeared in The Washington Post, Kirkus Magazine, and Royal Media Publications. She is the creator, producer, and host of New York City's Secrets and Lies, a monthly storytelling show about secret New York City history.

Dustin Growick
Think you know the origins of Santa and his reindeer? Think again. This Jew is here not to ruin Christmas, but to avail you of the incredible science and Nordic history behind the our favorite bearded red coat and his "magical" sidekicks.

Dustin Growick has worked in science communication at the New York Hall of Science, the American Museum of Natural History, and as a traditional classroom teacher. Now, as Museum Hack’s Senior Creative Consultant & Team Lead for Science, Dustin specializes in creating unique, engaging, and educational adult museum experiences that attract new audiences. Dustin has written two children’s books on dinosaurs, is the host of Caveat’s live debate show, VERSUS, and is the writer, producer, and host of the YouTube channel, The Dinosaur Show.

Lucie Levine
In other parts of the world, Santa Claus might be coming to town, but he's from this town! Saint Nick is the Patron Saint of New York City, and Santa as we know him is a born and raised New Yorker. In this look at New York's holiday history, we'll find out which of New Yorks early 19th century artists and writers were the first to depict the modern Santa Claus, see which New York retailer invented holiday windows, and discover where in New York Santa got his sleigh. Along the way we'll check out George Washington's favorite New Year tradition, see how Santa became part of the American Revolution, and discover how St. Nick became the merriest man in Manhattan!

Lucie Levine is a writer, historian and New York City tour guide. She founded Archive on Parade, a historical tour and event company that takes New York's fascinating history out of the archives and into the streets. She has collaborated with institutions including The Municipal Art Society, The Historic Districts Council, The New York Public Library, The 92nd Street Y, The St. Regis Hotel, and Landmarks West to offer exciting tours, lectures and community events all over town. She is also the Contributing History Writer at 6sqft, and News Editor at Greenpointers.

To Karen, With Love

The Art of Kink: Women of Power