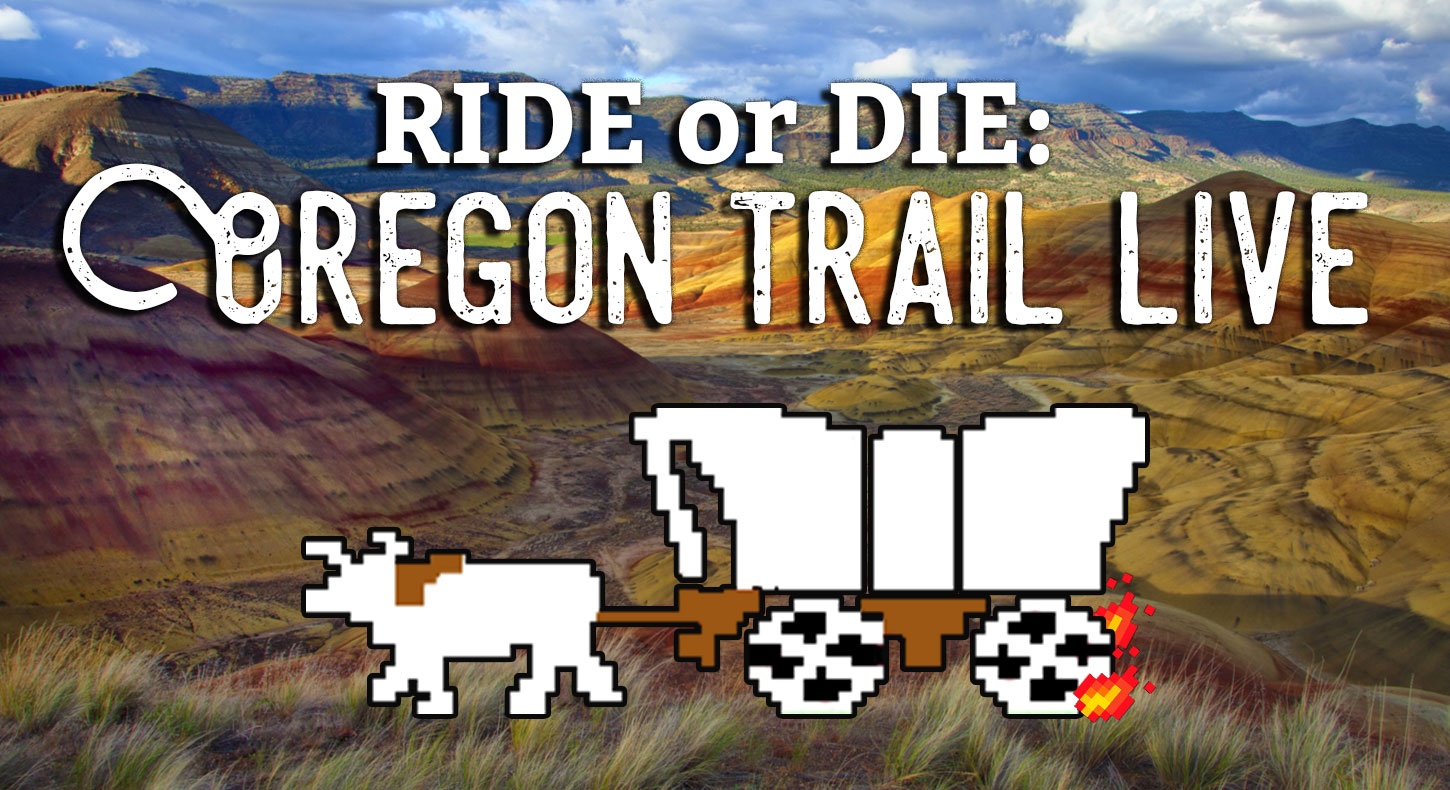 Ride or Die: Oregon Trail Live – will you survive or die of dysentery?!

Grab yer favorite oxen, 14 pounds of jerky, and yer best flannel – we’re heading to the Oregon Trail. We’ve taken your favorite educational computer game, slapped some facts on it, and turned it into a real life drinking game. Hosts Kylie Holloway and Michael Salgarolo are gonna caulk up your wagon and float it down the river of history – and gird yer loins, ‘cos one of y’all’s gettin’ dysentery.

**Sign up together or be placed in a team of 4-6 players when you arrive – this is an interactive game, where wagon trains will compete to see who makes it to Oregon alive to win an awesome prize!**

Featuring: Mark Vigeant is a comedian who uses comedy to explore and demystify technology. He is the host of Internet Explorers here at Caveat where he takes audiences deep into corners of the World Wide Web with guest experts and comedians. He was a mainstage sketch comedy writer/performer at the Upright Citizen's Brigade Theatre for 5 years, has written for the public radio show Live From Here, and has performed across the country from Comedy Central's Clusterfest to the Kennedy Center.

Kylie Holloway is a producer, writer, and performer from Northern California. In 2015 she received an MA in acting from a fancy school in the UK. In 2018 she's making funny things with smart people, and loving it.

Michael Salgarolo is a PhD candidate in History at New York University and a stand-up comedian. He recently performed in the Best of New Talent Showcase at the New York Comedy Festival.

POSTPONED: Should We Have Kids?

POSTPONED: 80 Minutes Around the World

POSTPONED: She Makes Me Laugh

The Violet Hour: A Late Night Livestream From Another Dimension