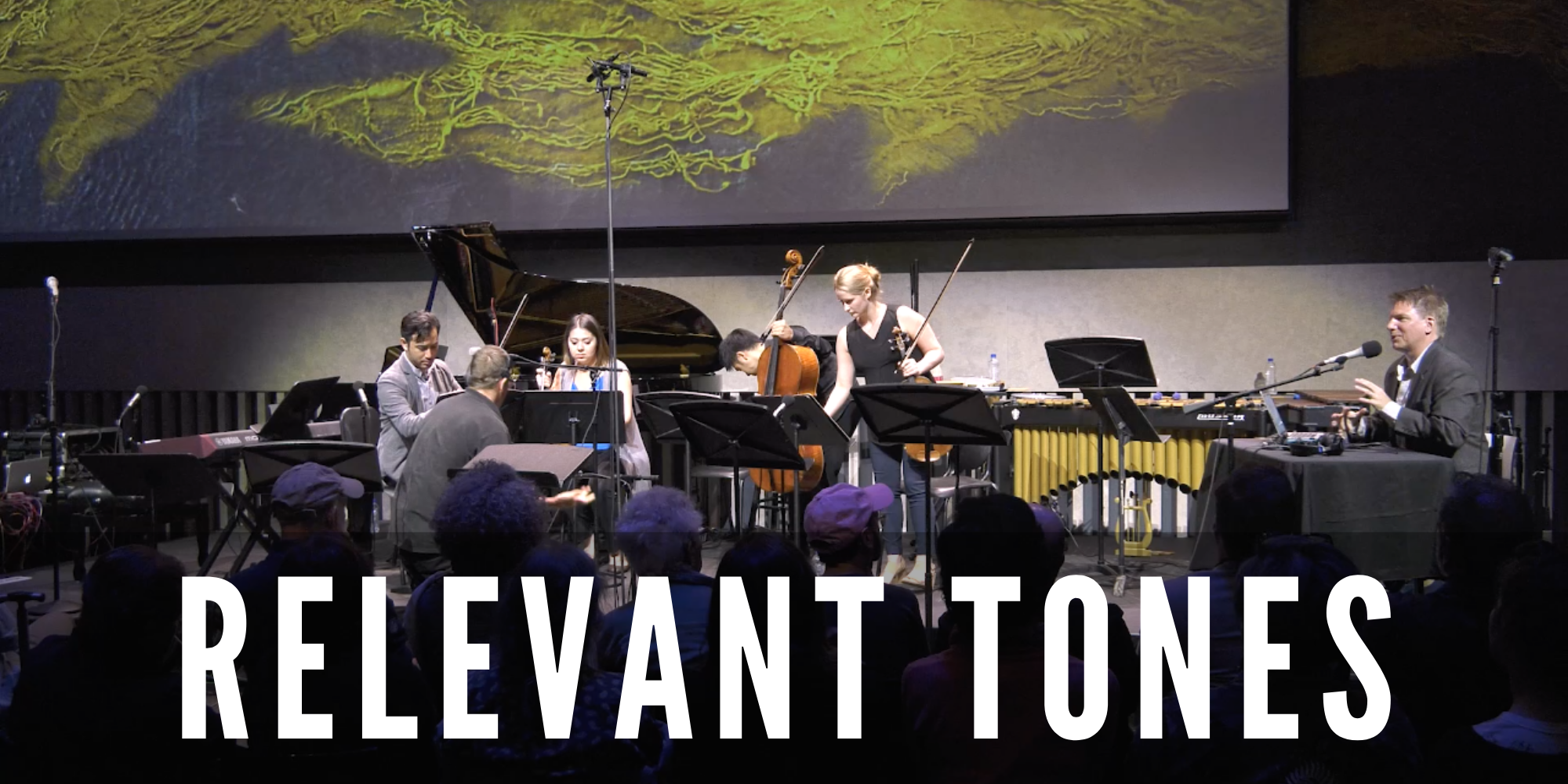 Art doesn’t happen in a vacuum. Relevant Tones is a Livestreamed broadcast series that combines insightful conversations about current topics with storytelling and performances of music by living composers.

The theme for this inaugural episode is astrology. Host Seth Boustead will chat with celebrity astrologers Rebecca Gordon (Dr. Oz, Harpers Bazaar) and Sam Reynolds (Bill Nye), sun signs, the western zodiac versus Chinese zodiac and what you can do if through no fault of your own you were born under a bad sign and are, consequently, a bit of a jerk.

This is a livestream and will start on time!

Doors 6:30 PM, show 7:00 PM.
Tickets $15 in advance, $20 at the door.
21+
This event is mixed seated and standing room. Seats are first-come, first-served.
No outside food or drink is allowed. See our menu here
REFUND POLICY: Tickets may be refunded up to 24 hours before the event. Within 24 hours we may take exchanges for other events at our discretion. No refunds after the event.

SETH BOUSTEAD
Seth Boustead is a composer, broadcaster, writer, concert producer, in-demand speaker and visionary with the goal of revolutionizing how and where classical music is performed and how it is perceived by the general public. As a performer he honed his stage chops at the Annoyance Theater in Chicago and for twelve years as the host of a nationally syndicated radio program

As a composer his music is regularly performed and heard on radio broadcasts around the world.  He is currently working on an operatic adaptation of the classic Chris Marker film La Jetée, the inspiration for 12 Monkeys.

Seth is the founder and Executive Director of Access Contemporary Music, the creator of the Sound of Silent Film Festival, the Thirsty Ears Festival - the country’s only classical music street fest, a chain of storefront music schools teaching musical creativity, a concert series in Chicago and New York City and more than a dozen annual international commissioning projects in Chicago, Milwaukee, Mexico City and New York City.

Seth is the host and creator of Relevant Tones, a Livestream series exploring the effect of current events and personal histories on the creation of music.   He also created the Concept Lab series, is a recent recipient of the prestigious Deems Taylor Award and has given a TEDx talk on the future of classical music.  Find more at sethboustead.com

REBECCA GORDON
Rebecca Gordon (Siri Radha Kaur) is a celebrated astrologer, renowned author, presenter and founder of the 13 year running My Path Astrology School. She is also the resident astrologer at Harper's Bazaar and a regular guest on the Dr. Oz Show

Rebecca’s horoscopes and talents have appeared in Harper's Bazaar, In Style, Conde Nast, Elle Magazine, Epicurious, The Daily News, ABC, Prevention Magazine, Sakara ,and Well & Good, among others. She has also brought astrology to the masses on Baidu, China’s leading search engine, where her Yeah Aheadvideos are evergreen fixtures on the homepage. In 2016, Worth Magazine hired Rebecca to conduct readings at the annual Worth 100 event.

Rebecca is an active member of and contributing author to the International Society for Astrological Research (ISAR) and has just released a book publication with Simon and Schuster called 'Your Body and the Stars' which features the intersection of health and astrology, co-written by a New York MD, Stephanie Marango.

In addition to astrology, which is her passion and career, Rebecca enjoys music, design and architecture, adventure travel, solar power, dance, music of the spheres, Yoga, hosting retreats, meditation and great company. Rebecca's mentors include her mother Marjean, who she started training with at age 14, and the world renowned Susan Miller of astrologyzone.com.


SAMUEL REYNOLDS
Samuel F. Reynolds, a former skeptic, had a life-changing visit to an astrologer and has since spent 23 years doing charts and studying astrology. Now Samuel consults, writes and teaches astrology full-time. He currently serves on the boards of directors for the International Society for Astrological Research (ISAR) and the Astrology News Service, and he’s a co-founder of the International Society of Black Astrologers.

He’s also an entrepreneur who helps others build their businesses as mind-body-spirit practitioners. He writes horoscopes for Ebony.com, MySign.com, and Pride, a British Black women’s magazine. His home website is UnlockAstrology.com.
OSSO QUARTET
Osso fuses the classical sensibilities of a string quartet with the pulse of pop culture. Their rhythmically driven rep and ambitious commissioning forge new territory within the classical tradition. With an exuberant commitment to collaboration, Osso has spent the past twelve years touring, performing, and recording with artists such as Jay-Z, Kanye West, John Legend, The National,  My Brightest Diamond, and Sufjan Stevens Their interpretation of Steven’s electronica album Enjoy Your Rabbit recomposes computer keystrokes into vibrant acoustic arrangements, welding the energy of indie rock and the nuance of chamber music to create explosive and enchanting new sounds.
PETER FERRY
Acclaimed as "the ingenious percussionist Peter Ferry," (Chicago Sun-Times), Peter Ferry is a young American percussion soloist re-imagining classical performances around the world through contemporary repertoire projects and innovative artistic collaborations.

A TEDx speaker, Ferry delivered the closing talk and performance on creative collaborations titled "Striking at the Edge." Ferry's work with choreographer Nick Pupillo, praised as "full of vitality" (Chicago Tribune), has been featured at Chicago's Harris Theater and Auditorium Theater for an audience of 2,400.

In the American contemporary music community, Ferry has stepped in as a guest percussionist with acclaimed ensembles Alarm Will Sound, Third Coast Percussion, Ensemble Dal Niente, and Eighth Blackbird. With Alarm Will Sound, Ferry serves as the Artistic Director of Artistic Planning, envisioning and managing the artistic activities of one of the world's leading contemporary music ensembles.