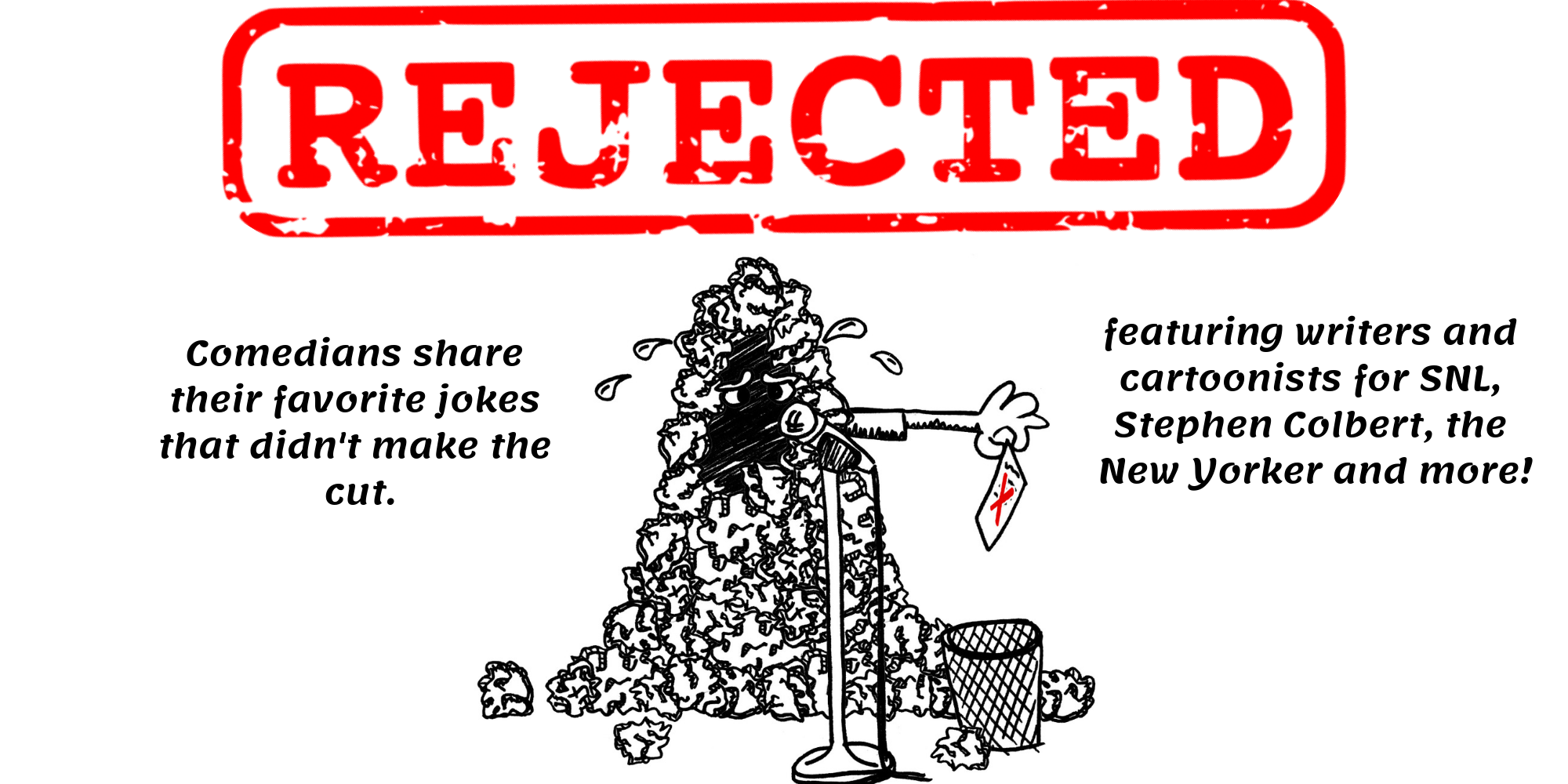 Where do great jokes go when they don’t make it to the stage, screen, or print? Right here! We’re taking to the Caveat stage for a night of celebrating rejection. Writers for popular late night TV shows (SNL, Desus & Mero, etc) and print publications (The New Yorker, McSweeney’s) take to the stage to resurrect their favorite sketches, essays, and bits that didn’t make it the final cut. Plus! We’ll be joined by New Yorker cartoonists who will break down their process.