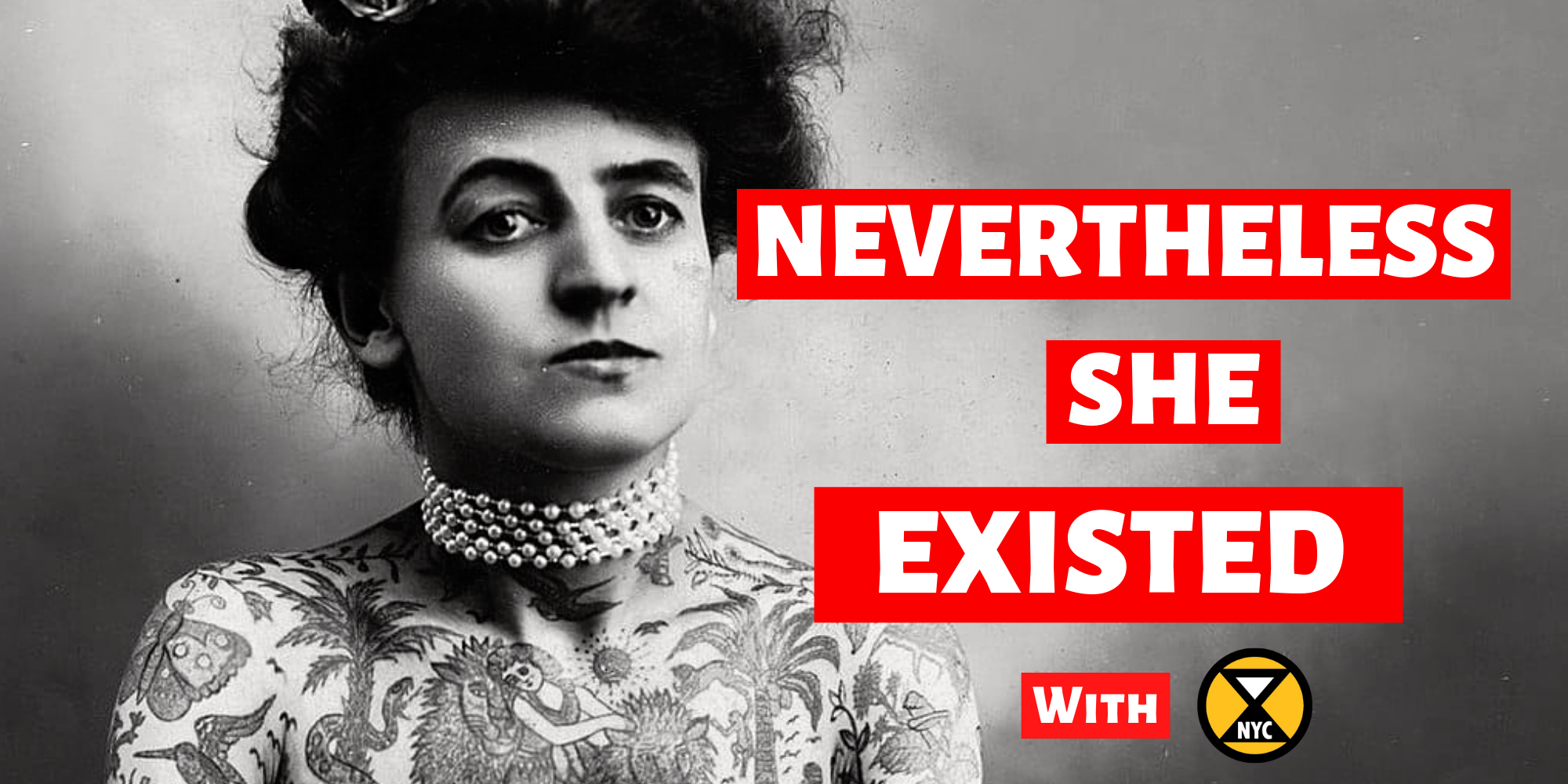 Nevertheless She Existed: the Women They Don't Want You to Know About is the shameless feminist party you've been waiting for. Each month a lineup of female storytellers, comedians, and historians join forces to share the stories of some of the greatest women the world has ever known (but history erased). We're cracking open the history books and throwing in some feminism- one bad bitch at a time.

We're celebrating the lady environmentalists who fought to protect our planet!

In partnership with Extinction Rebellion NYC

Tickets: $15 in advance, $20 at the door
Events are 21+
Venue is mixed seating and standing-room: arrive early to get a good seat!

Extinction Rebellion New York was born in December of 2018, we truly believe that XR is a chance for us to rise up and fight for our lives. We declared a rebellion by marching down 5th Avenue, disrupting business as usual in the busy Rockefeller Plaza by blocking the avenue, staging die ins along the plaza and on the ice and hanging a banner declaring climate change = mass murder. Since then we have taken action outside of City Hall, joined the youth marching for their future, created a huge disruption in front of the New York Times, and helped propel the first international rebellion in the fall 2019.

So what’s next? We’re working relentlessly, building our movement. Come and join us. Rebel for life. For the planet. For our children’s children’s futures. There is so much work to be done.

WATCH: Welcome to the Rebellion

Nevertheless She Existed: Ladies of Lit

POSTPONED: The Nerds and the Bees: the data breakdown and comedy overview your dating life needs