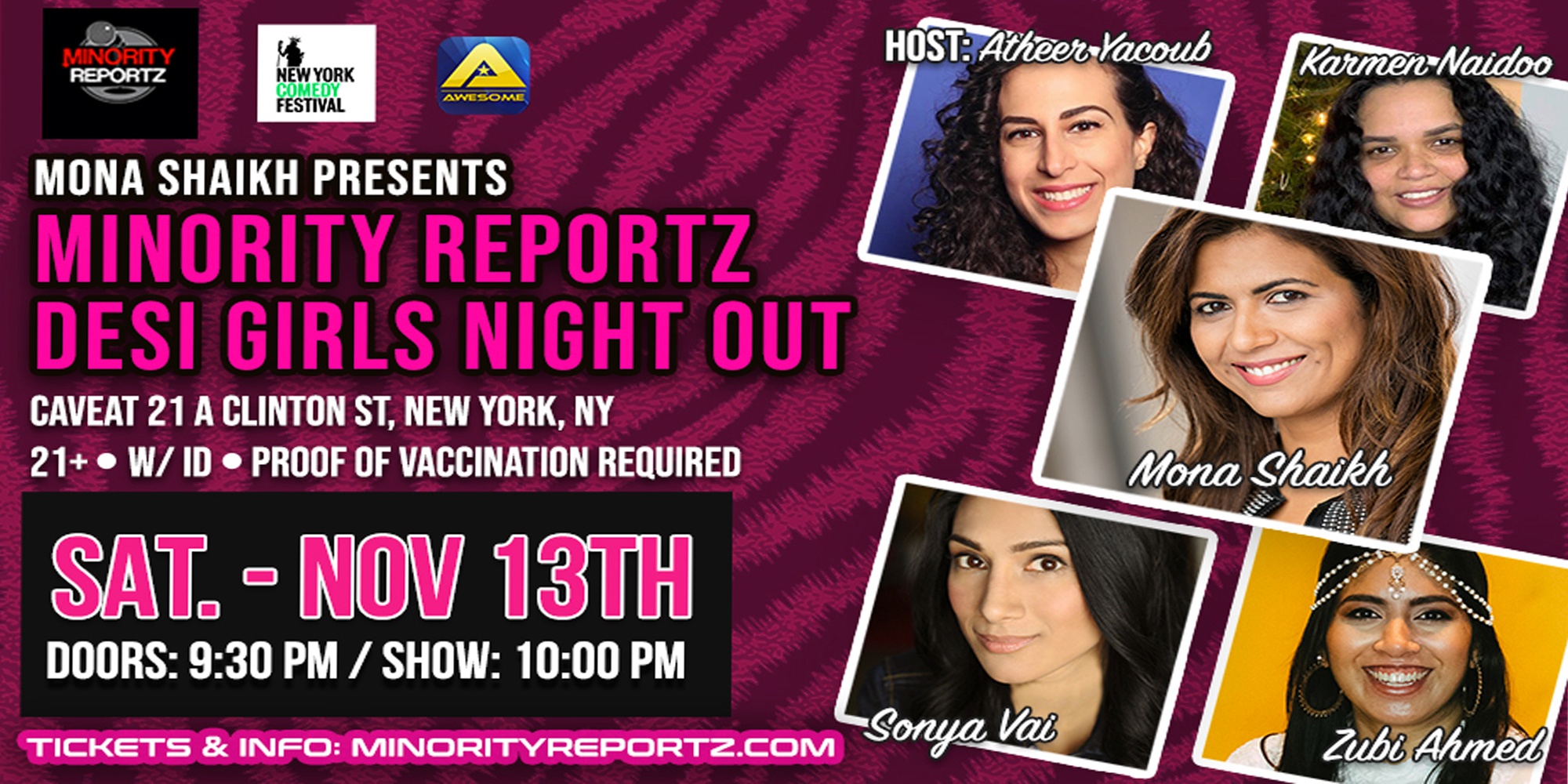 Minority Reportz Comedy Show started at The World Famous Comedy Store in Sep 2015 and our sub-brand Desi Girls Night Out has sold out shows in LA, OC and NYC and has been featured in LA Times, Hustler (the only clothed ones in the magazine, Mr. Flynt was a big fan) and Forbes. We showcase some of the hottest South Asian/Middle Eastern female comedians seen on Comedy Central, Apple TV+, Hulu etc.

*Lineup is subject to change

Producer Mona Shaikh's Bio: Mona Shaikh combines a South Asian sensibility with Americanized values cherishing the First Amendment—the right to bear big mouths. And her fresh, fearless, free speech has raised eyebrows. With her offbeat sense of humor Shaikh is a tightrope walker striving to maintain equilibrium while dealing with conflicting forces. With half of her life spent in a prominent conservative Muslim household in Pakistan, and the other immersed with America’s entertainment and culture, Mona knew she was set out to break boundaries. Today Mona resides in Los Angeles, Calif., pursuing her career as a comedian and actor while developing her upcoming One-Hour Special and Comedy TV series. She also made history by becoming the first Pakistani female Comedian to headline Hollywood Improv. Mona was most recently featured in Forbes, LA Times, Newsweek, The Guardian, LA Weekly, New York Post, Huffington Post, Washington Post and BBC. Mona has headlined in Dubai, Portugal and London. She also Emceed the Womens March in SF in 2019 thus making history to be the first South Asian/Middle Eastern female comedian to perform for a crowd of 60K. She recently appeared on The Rookie on ABC as Donna Abbasi and also on Apple TV's Helpsters as Reina Rafter. She again made history by producing her own show at The World Famous Comedy Store in Los Angeles called Minority Reportz with a launch of sold-out shows.‌ Check her out at www.monashaikh.com.