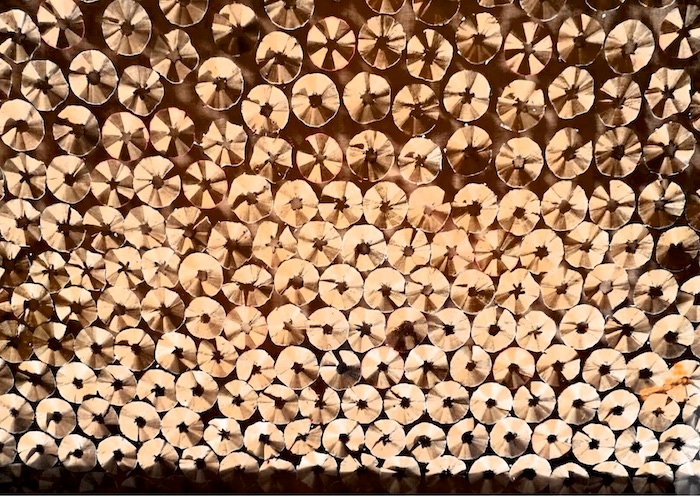 Metropolis Ensemble is a dynamically evolving 21st Century Orchestra. Dedicated to creating a future for classical music that is of and for the time we live in, Metropolis Ensemble’s driving force is its founder, Grammy-nominated conductor Andrew Cyr. Metropolis Ensemble through its unique collaborative process, exists to support ascending contemporary classical performers and composers, often engaging them with other bleeding-edge cultural innovators and artists.

Lauded by The Washington Post as “revitalizing the world of contemporary music” with “jaw- dropping virtuosity,” and “a bombshell of raw-talent” by I Care if You Listen, Sandbox Percussion has established themselves as a leading proponent in this generation of contemporary percussion chamber music. Brought together by their love of chamber music and the simple joy of playing together, Sandbox Percussion captivates audiences with performances that are both visually and aurally stunning. Through compelling collaborations with composers and performers, Jonathan Allen, Victor Caccese, Ian Rosenbaum and Terry Sweeney seek to engage a wider audience for classical music.

Last season Sandbox Percussion presented 36 performances throughout the United States, and made their international debut at the Festival International de Musique de Chambre en Charente, France. During a tour across the United States they presented four separate programs including a special performance of Viet Cuong’s concerto, Re(new)al with the Kaleidoscope Chamber Orchestra. Sandbox also presented the first ever percussion concert at the Cosmos Club in Washington, DC which featured works by Andy Akiho, David Crowell, Thomas Kotcheff, Victor Caccese, Steve Reich, and J.S. Bach. In November of 2017, Sandbox performed György Ligeti’s Síppal, Dobbal, Nádihegedüvel on the opening evening concert at the Percussive Arts Society International Convention along with mezzo-soprano, Elspeth Davis. They performed this same piece alongside Christopher Cerrone’s Goldbeater’s Skin on the Time’s Arrow concert series at Trinty Church.

In addition to keeping a busy concert schedule Sandbox has also participated in various masterclasses and coachings at schools such as the Peabody Conservatory, Curtis Institute, the University of Southern California, Kansas University, Cornell University, and Furman University. While there they coached students on some of the most pivotal works in the percussion repertoire including Steve Reich’s Drumming, György Ligeti’s, Síppal, Dobbal, Nádihegedüvel and John Cage’s Third Construction. These teaching experiences have inspired the quartet to pursue a role of pedagogy and mentorship for today’s young generation of musicians. This season Sandbox Percussion will present the fourth annual NYU Sandbox Percussion Seminar. This week long seminar invites percussion students from across the globe to rehearse and perform some of today’s leading percussion chamber music repertoire. A culminating performance is held at the iconic Brooklyn venue, National Sawdust.

Composition has been a growing interest for Sandbox Percussion in the past five years. Jonathan Allen and Victor Caccese have collectively composed six pieces for the quartet. Last season Jonathan Allen’s Sonata and Victor Caccese’s bell patterns were featured on sixteen separate programs throughout the U.S. Sandbox has also worked closely with composer David Crowell on a marimba arrangement of his saxophone sextet, Point Reyes. They gave the world premiere in November 2014 in Brooklyn, NY.

This season Sandbox will premiere a full orchestra version of Viet Cuong’s Re(new)al with the Albany Symphony on their opening gala evening concert. Sandbox will also make their United Kingdom debut in May 2019 at the Vale of Glamorgen festival giving the world premiere of a piece by Benjamin Wallace for percussion quartet and fairground organ. Sandbox will present four separate programs of music by John Luther Adams at Storm King Art Center, Tippet Rise Art Center, Caramoor Center for Music and the Arts, and String Theory concert series in Chattanooga, TN. Other highlights will include a performance of Music for Eighteen Musicians at Emerald City Music in Seattle, WA, and a performance of music by John Cage at the Institute for Advanced Study at Princeton University. Sandbox Percussion endorses Pearl/Adams musical instruments, Vic Firth drumsticks and Remo drumheads.

Elspeth Davis is a Brooklyn-based mezzo-soprano specializing in contemporary chamber music. This season, she sang György Ligeti’s Síppal, dobbal, nádihegedüvel with Sandbox Percussion. She will be performing it again over the summer at Trinity Wall Street, in a program that also includes Christopher Cerrone’s companion piece, Goldbeater’s Skin. She will also be performing a premiere of Eleanor and Hildegard, by composer Kevin Clark, with The Sound Ensemble in Seattle, as well as a repeat performance of Pergolesi’s Stabat Mater, with my Two Cities duo partner Melissa Wimbish. She is a cohost of the music podcast Opera After Dark.

Davis made her European debut as Der Trommler in Der Kaiser von Atlantis
with Schülterwerke and the Klangforum Wein in Vienna, and was one of seven
singers invited to the inaugural season of Liederfest in Suzhou, in Suzhou, China, where she performed (among other things) Leonard Bernstein’s forgotten song cycle Arias and Barcarolles and the Brahms’ Liebeslieder Walzer.

Christopher Cerrone (b. 1984) is internationally acclaimed for compositions characterized by a subtle handling of timbre and resonance, a deep literary fluency, and a flair for multimedia collaborations.

In the 2018–19 season, Cerrone writes a major new orchestral work with electronics for the LA Phil, led by Roderick Cox. Other commissions include a new sextet co-commissioned by Latitude 49, Pittsburgh New Music Ensemble, and Sentieri selvaggi; and a new concerto for Third Coast Percussion, co-commissioned by the Civic Orchestra of the Chicago Symphony and the Britt Festival. Cerrone also orchestrates his opera All Wounds Bleed for Chicago Fringe Opera, curates a series, “Reiterations,” for the Metropolis Ensemble, holds residencies at Chatterbird and Baylor University, and was the 2018 Conducting/Composition Fellow at the Britt Festival. An all-Cerrone disc recorded by Christopher Rountree and wildUp will be released on New Amsterdam Records in August 2019, and excerpts from his new opera, In a Grove (libretto by Stephanie Fleischmann), will be heard at the Morgan Library in New York in March 2019.

Recent highlights include Breaks and Breaks, an acclaimed violin concerto for Jennifer Koh, and the Detroit Symphony, led by Peter Oundjian; a Miller Theatre Composer Portrait performed by Third Coast Percussion; Will There Be Singing, for the Los Angeles Chamber Orchestra for Jeffrey Kahane’s final concert as LACO Music Director; Can’t and Won’t, commissioned by the Calder Quartet by the LA Phil, and new works for artists including Tim Munro, Eighth Blackbird, Vicky Chow, and Rachel Lee Priday.

Cerrone’s opera, Invisible Cities, based on Italo Calvino’s landmark novel, was praised by The Los Angeles Times as “A delicate and beautiful opera…[which] could be, and should be, done anywhere.” Invisible Cities received its fully-staged world premiere in a wildly popular production by The Industry, directed by Yuval Sharon in Los Angeles’ Union Station. Both the film and opera are available as CDs, DVDs, and digital downloads.

Christopher Cerrone holds degrees from the Yale School of Music and the Manhattan School of Music. He is published by Schott NY and Project Schott New York.

Poet G.C. Waldrep was born and raised in the South. He earned his BA from Harvard University, a PhD in history from Duke University, and an MFA in poetry from the University of Iowa. His collections of poetry include Goldbeater’s Skin (2003), which won the Colorado Prize for Poetry; Disclamor (2007); Archicembalo (2009), winner of the Dorset Prize; Your Father on the Train of Ghosts (2011), a collaborative book of poems with John Gallaher; and the long poem Testament (2015). His chapbooks include The Batteries (2006), One Way No Exit (2008), Szent László Hotel (2011), and Susquehanna (2013). Waldrep’s work is known for its lush musicality. In an interview, he noted, “I trained as a singer and the idea that poetry should be performative on some basis—that it should live in the tongue—is important to me. There are poems that don’t do that—or don’t do that primarily, that are meant to be transmitted through the page. But I hope for my work that the sound quality is important.”
Waldrep’s editing projects include Homage to Paul Celan (with Ilya Kaminsky,
2011) and The Arcadia Project (with Joshua Corey, 2012). Waldrep is also editor of West Branch and editor at large for the Kenyon Review. His honors and awards include prizes from the Poetry Society of America and the Academy of American Poets, fellowships from the National Endowment for the Arts and the North Carolina Arts Council, and residencies from Yaddo, the MacDowell Colony, and the Campbell Corner Foundation. He currently teaches at Bucknell University and directs the Bucknell Seminar for Younger Poets.