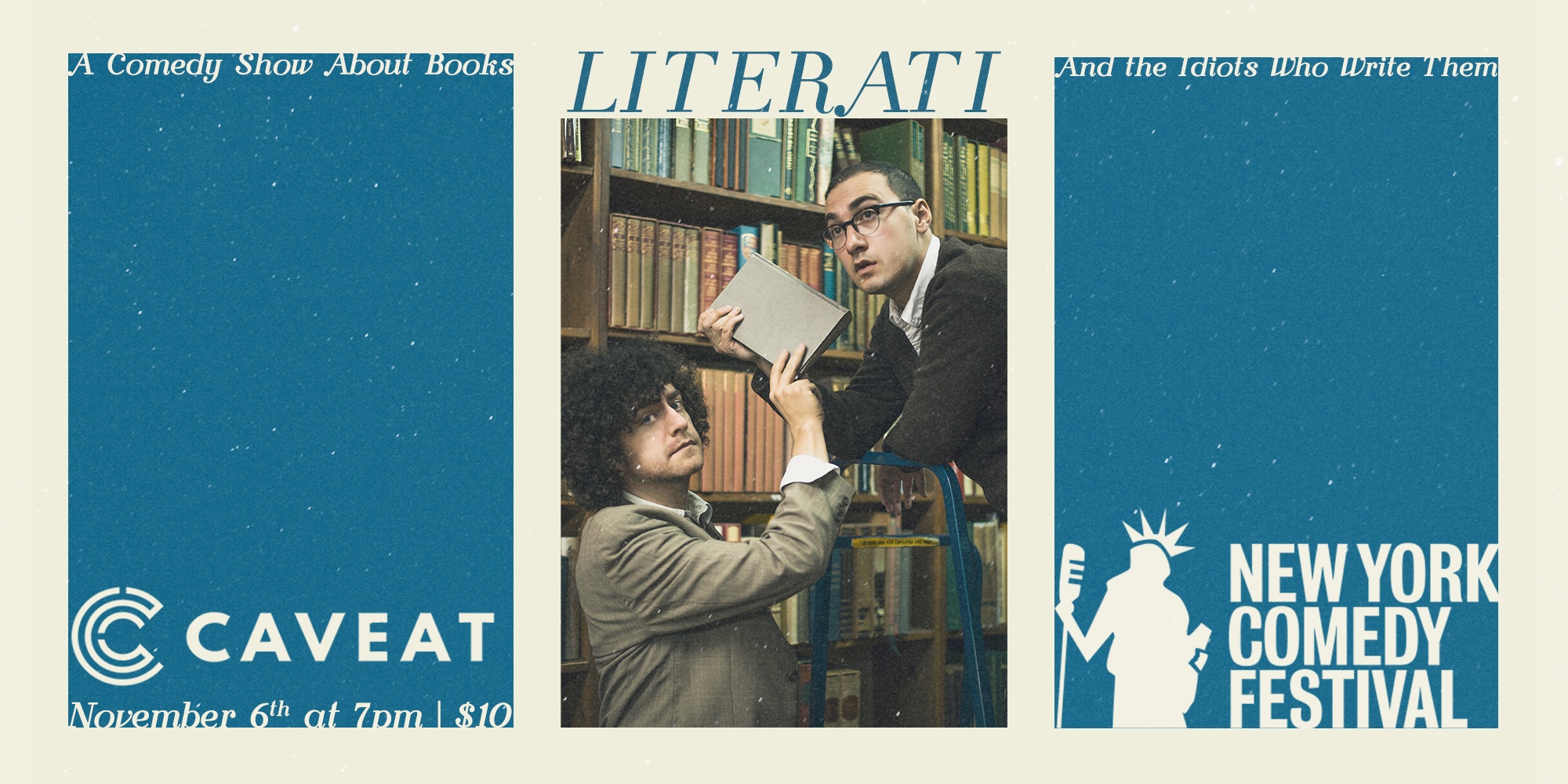 Literati is a comedy with comedians in character performing hilarious readings from the greatest American novels never written. Sophisticated, satirical, and sometimes wigs. Do you ever leave a comedy show saying “Hmm that was pretty funny but not enough reading.” Well then this is the show for you!

Your hosts Colin O’Brien (JFL New Faces) and Michael Wolf (Comedy Central) love to read. They’ve read upwards of one books between the two of them and now they want to share that love of literature with you!

“A highly literate offering.” – The New York Times
“…pokes fun at literary pastime by taking it out of bookstores and into comedy clubs.” – LA Weekly

You can also enjoy the Literati podcast on Apple Podcasts, Spotify, Stitcher or wherever you get your podcasts.
https://foreverdogpodcasts.com/podcasts/literati/