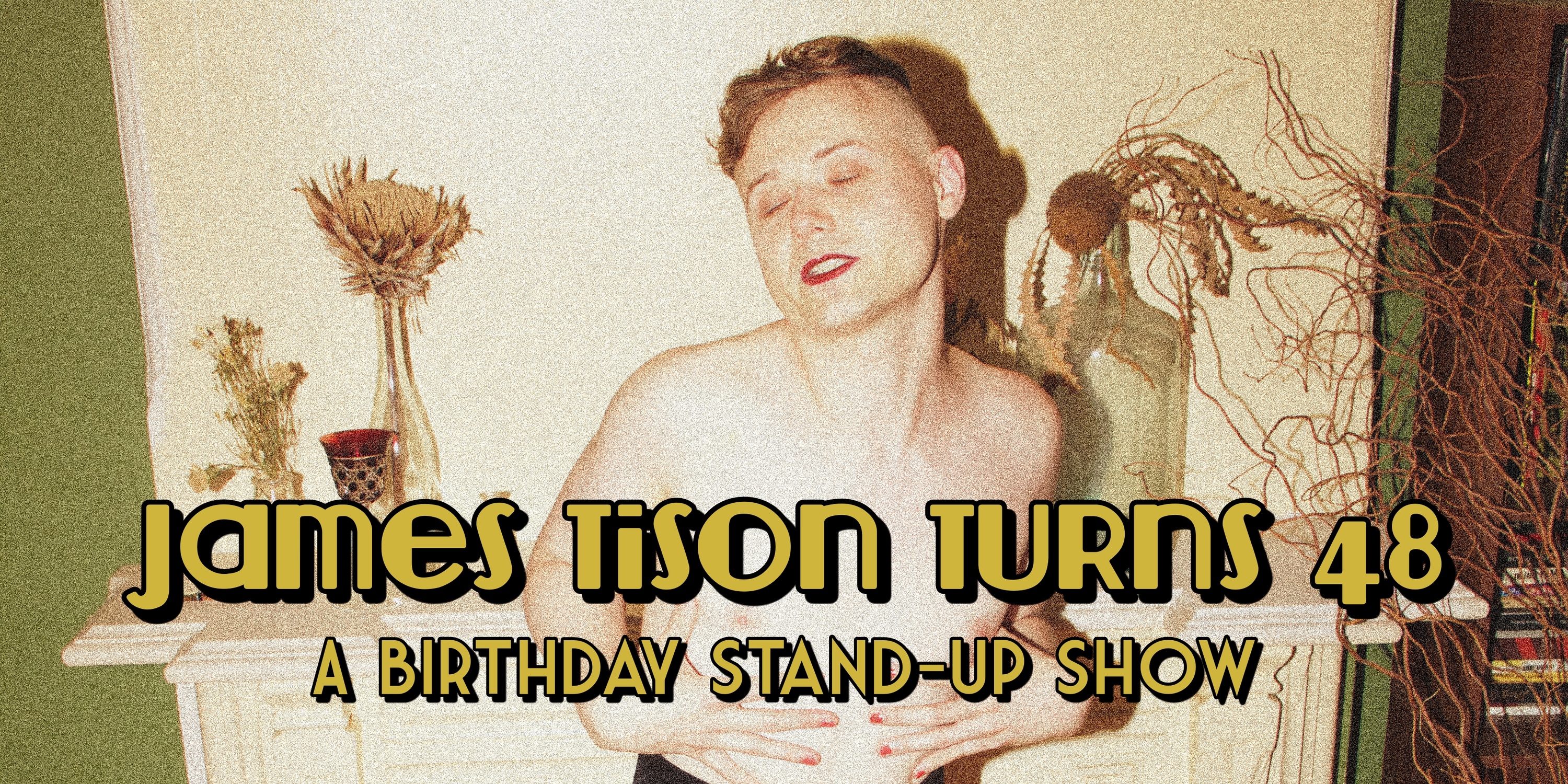 James is queer, gender non-binary, and HIV positive (or as they like to call it: a REAL triple threat). For their birthday, they're filming an hour of stand-up comedy! Featuring Gus Constantellis (Caroline's, writer for Nickelodeon) and Jay Jurden (The Tonight Show, HBO, Comedy Central).

"Hilarious and adorable... a gender non-conforming comic who is sick and tired of transphobia." - Broadway World 2/23/2020

"Mx. Tison discussed reclaiming their gender identity in a no-holds-barred discussion that included lots of slow-burn laughs - but Tison was willing to wait because Tison has something real to say, refusing to either pander or govern their tongue. It was a blisteringly funny performance." - Broadway World, 9/10/2019