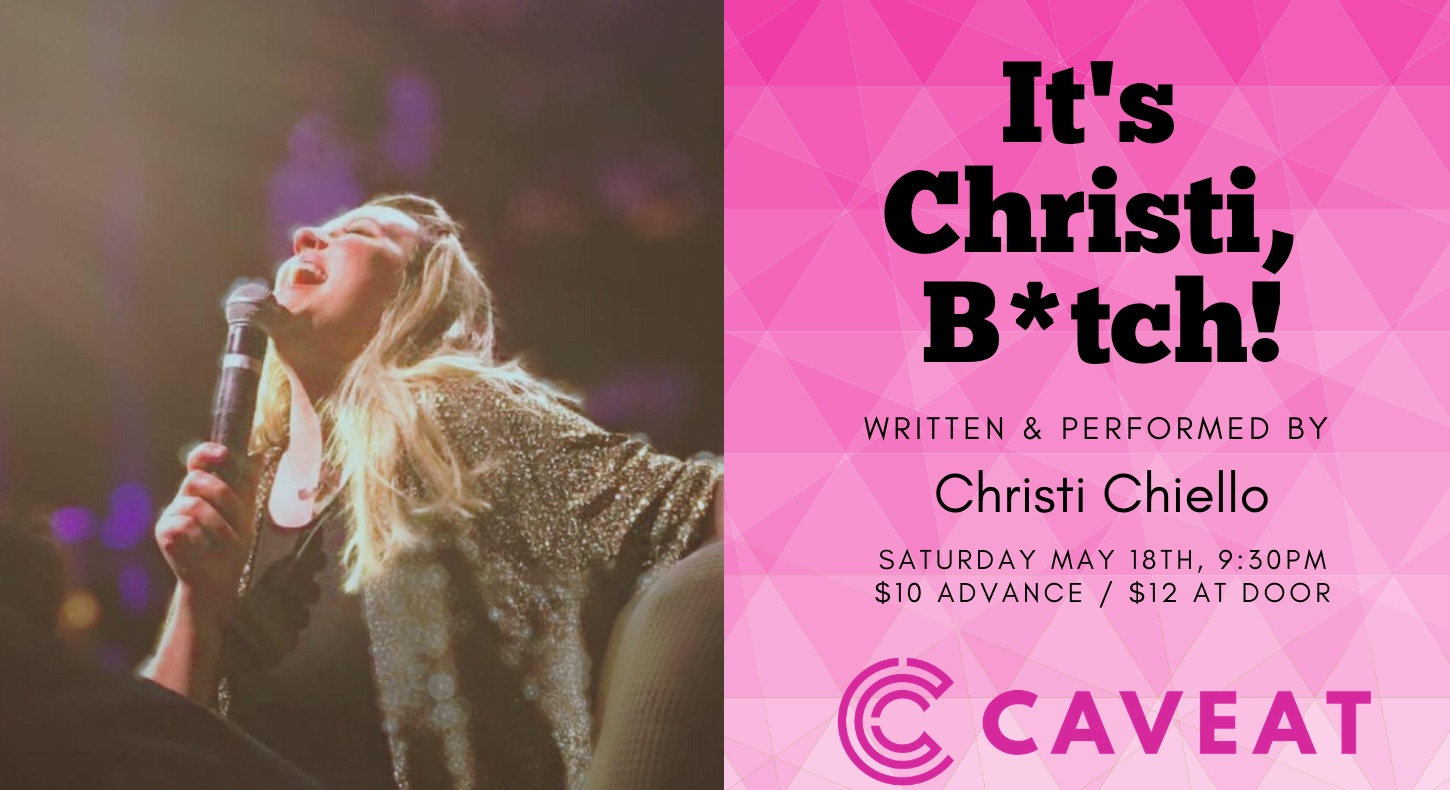 PRESS:
"A good performer bears her soul in an honest and engaging way. A great performer does it while making her audience feel like family. Make no mistake: Christi Chiello is a great performer. The champion of crowd work takes you through her personal saga of tempestuous lust, bizarre gigs and complex relations with Jesus. You'll be a happier person for seeing this show." - Time Out NY

"At this gut-busting solo show, the foul-mouthed stand up angel Christi Chiello shares her life story of lusting for the Lord and becoming a star." - Time Out Los Angeles

"Christi is funny and badass and fills the whole damn room with laughs. I give this show my personal 2 thumbs up. Get tickets to see this show!" - Chris Gethard

"So funny and sincere at the same time." - Mike Lawrence

Christi Chiello is a Comedian, Actress and Voice Over Artist based in NYC. She made her Comedy Central debut on Jeff Ross's Roast Battle, opposite legend Jimmy Carr. She was named a 'New Face of Comedy' at the International Just For Laughs Comedy Festival in 2017. Christi's appeared on TruTV's Late Night Snack, IFC's Comedy Crib and MTV's GirlCode. She co-hosts Battle of the Divas with Matteo Lane (Time Out NY's pick for 'Best of the NY Comedy Festival') and White Chocolate with Petey DeAbreu. Her one woman show "It's Christi, B*tch!” has played at Ars Nova, Joe's Pub, the Good Good Comedy Theatre and Dynasty Typewriter and is hailed as a "must see comedy event" by Time Out New York. You can hear Christi as Baby Saffron in Pinkalicious and Peterrific on PBS Kids and see her in national television commercials for IKEA. For more follow her @christichiello and visit ChristiChiello.com!