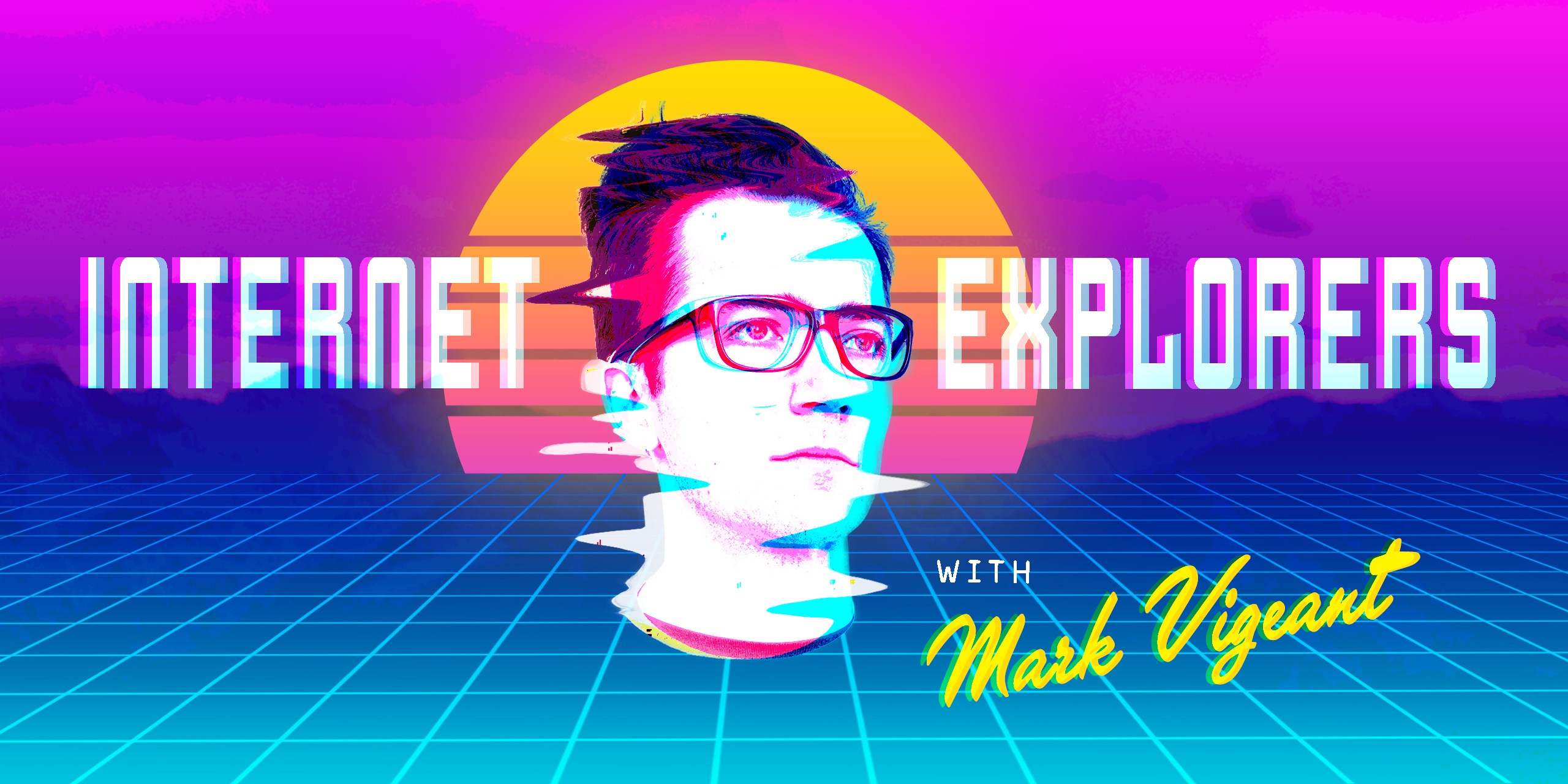 Mark Vigeant is a comedian who uses comedy to explore and demystify technology- Internet Explorers is his live show where he takes sold out audiences (and thousands of livestreamers on Twitch) deep into a corner of the World Wide Web with guest comics and Internet Experts to learn and laugh about everything from memes, artificial intelligence, and e-commerce to online dating, hacking, and the dark web.

Mark is joined each month by some of New York’s most brilliant comedians (Comedy Central, SNL, UCB) and technology experts (New York Times, Buzzfeed, The Atlantic).

This special one-night-only event is a BIG TECH BONANZA! That’s right, we’ll be diving into the existential, looming, omnipresent threat of Big Tech. What the hell is it? Why is it so bad and scary? What, if anything, are people doing to stop it? How the hell can you put together a COMEDY show about it?? We will answer all these questions and more WITHOUT the help of Google nor Facebook nor Amazon nor Apple nor Microsoft. How about THAT!

Mark Vigeant - Mark Vigeant is a comedian who uses comedy to explore and demystify technology. His one-man show Let’s Make a Website enjoyed a sold-out run at the Upright Citizen’s Brigade Theatre before touring the country from the New York Comedy Festival to Comedy Central’s Clusterfest to the Kennedy Center in Washington, D.C., and his sketch group OSFUG: The Fast Fuckin’ Sketch Show enjoyed a 5-year run at the Upright Citizen’s Brigade Theatre and has performed at every damned sketch comedy festival on the continent. He was a writer for Minnesota Public Radio’s A Prairie Home Companion and Live From Here. He lives in Los Angeles and posts ridiculous character videos to TikTok daily.

Rollie Williams - Rollie Williams is a climate scientist and comedian. He is the creator and host of Climate Town on YouTube and is also the Internet’s biggest billiards influencer.

Sam Reece - Sam Reece is a comedy writer and performer. Her sketch group Girls With Brown Hair has written for Comedy Central and headlined sketch festivals all over the US. She’s also TikTok’s shitty craft queen.

Matt Stoller (expert guest): Matt Stoller is the Director of Research at the American Economic Liberties Project. He is the author of the Simon and Schuster book Goliath: The Hundred Year War Between Monopoly Power and Democracy, which Business Insider called “one of the year’s best books on how to rethink capitalism and improve the economy.” David Cicilline, Chairman of the House Antitrust Subcommittee, has called Stoller’s work “an inspiration.” Stoller is a former policy advisor to the Senate Budget Committee.

Jenn Schiffer (guest): code and content creator based in jersey city. Her day job is director of community at glitch. By week night/end, she is a tech humorist, painter, extremely hot and smart goofball, and lifestyle blogger.

Becky Chicoine (comedian): Becky Chicoine is an actor, comedian & writer living in Brooklyn, NY. She's originally from Wisconsin and got her start in musical theatre, unfortunately. Alongside her writing partner Sam Reece (un-formerly known as the duo Girls With Brown Hair,)  Becky co-wrote and co-starred in the digital series Shop Talk on ComedyCentral.com. Please watch. Most recently, Becky & Sam were the supervising producers and head writers of a pilot for Amber Tamblyn.

Yoni Lotan (comedian): YONI LOTAN IS AN ACTOR, WRITER, AND FILMMAKER BASED IN NYC. You may have recently seen him in hit shows such as "Russian Doll" (Netflix) and "High Maintenance" (HBO) as well as his numerous character appearances on "The Tonight Show with Jimmy Fallon". Yoni is a major player in the NY scene as he is heavily involved with the prestigious Upright Citizen Brigade Theatre. You can see him perform every Friday with his house weekend team "Higgins" as well as all over the country with the touring UCB TourCo company.

Darren Solomon (musician): Darren Solomon is a Brooklyn-based composer, producer, bassist and keyboard player. His music career began auspiciously, when at the age of 19 he joined the touring band of music legend Ray Charles as his bassist. After two years on the road, completing a music degree from NYU, and another four years of touring with Barry Manilow, he began working as a composer. He's earned a Best Music Clio and a Cannes Gold Lion, scoring ads for clients like Google, AMEX, Pepsi, L'Oreal, Honda and MnM's.