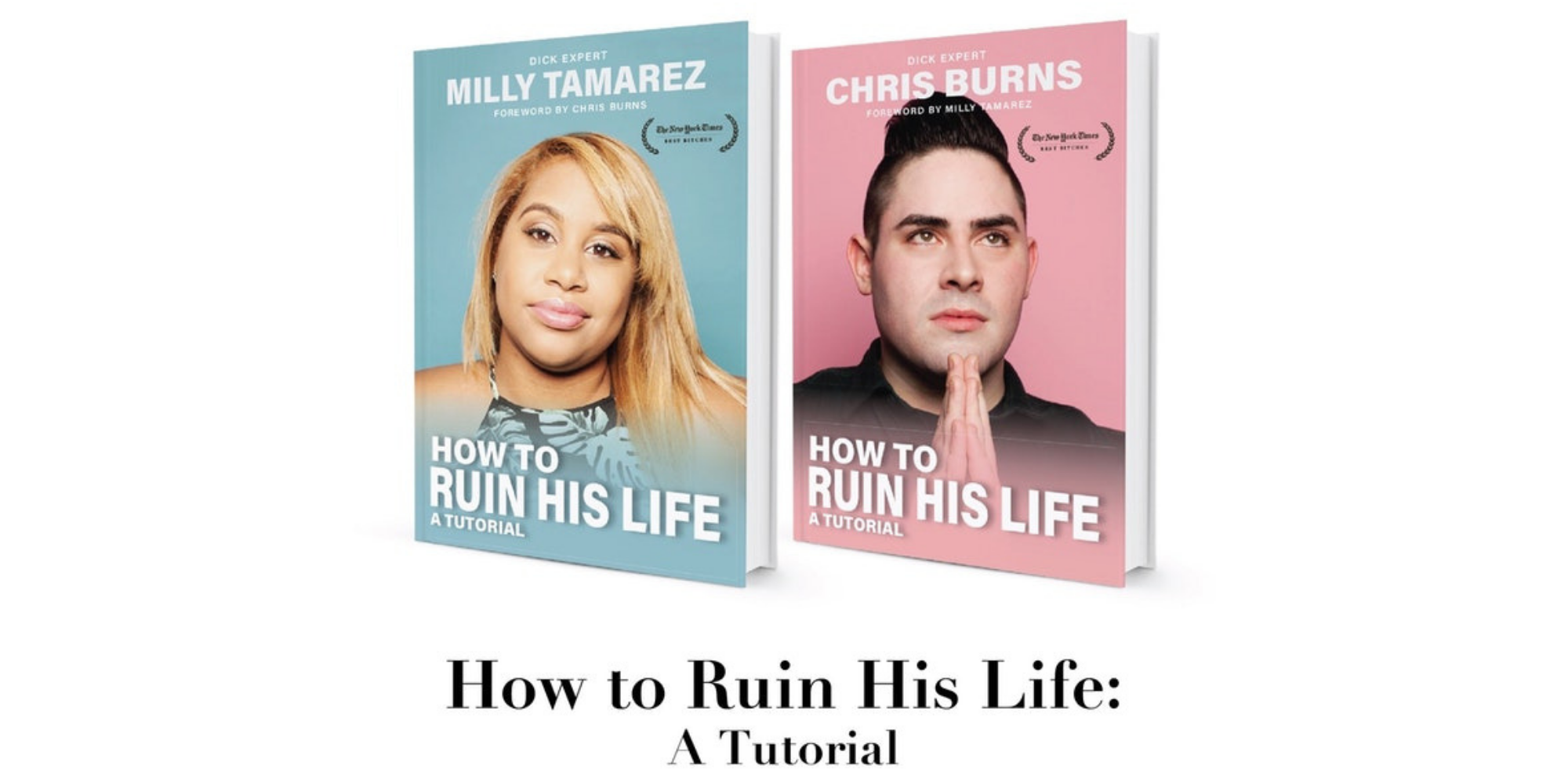 How to Ruin His Life: a tutorial on hilarious ways to get revenge

How to Ruin His Life: A Tutorial
There are fewer things worse than being ghosted, and together with the most savage comedians they could find Milly Tamarez and Chris Burns will show you how bad those things can be. “How to Ruin His Life: A Hilarious Tutorial on the Best Ways to Get Revenge” features a slew of hilarious and potentially certifiable comics, so bring your baseball bats and leave your conscience at home!


Milly Tamarez is a comedic actress based out of Brooklyn, New York. She has been featured on Vice, BET, Flama, Above Average, Univision, and Comedy Central. She is the one of the creators and producers of the Diverse as Fuck Festival a comedy festival that highlights diversity. She is one of the founders of the all women of color improv team Affirmative Action. As a main cast member of the online video sketch collective deadass her work has been featured in the Daily Dot, HelloGiggles, Galore Magazine, Adweek, CodeBlack Report. She is currently in the Advanced Study Program of the Upright Citizens Brigade. She is also a company member of Story Pirates. You can catch milly at any number of sketch and improv shows across NYC.

Chris Burns is a comedian and actor based in Brooklyn. He’s been in many viral “Types of Girls Videos” for Betches, Media Inc. as well as co-hosting their podcast “Everyone’s Gay.” He’s also appeared in Hulu’s Difficult People and Viceland’s “Channel Surfing” but is probably most well known for his viral Instagram Fat Carrie Bradshaw.