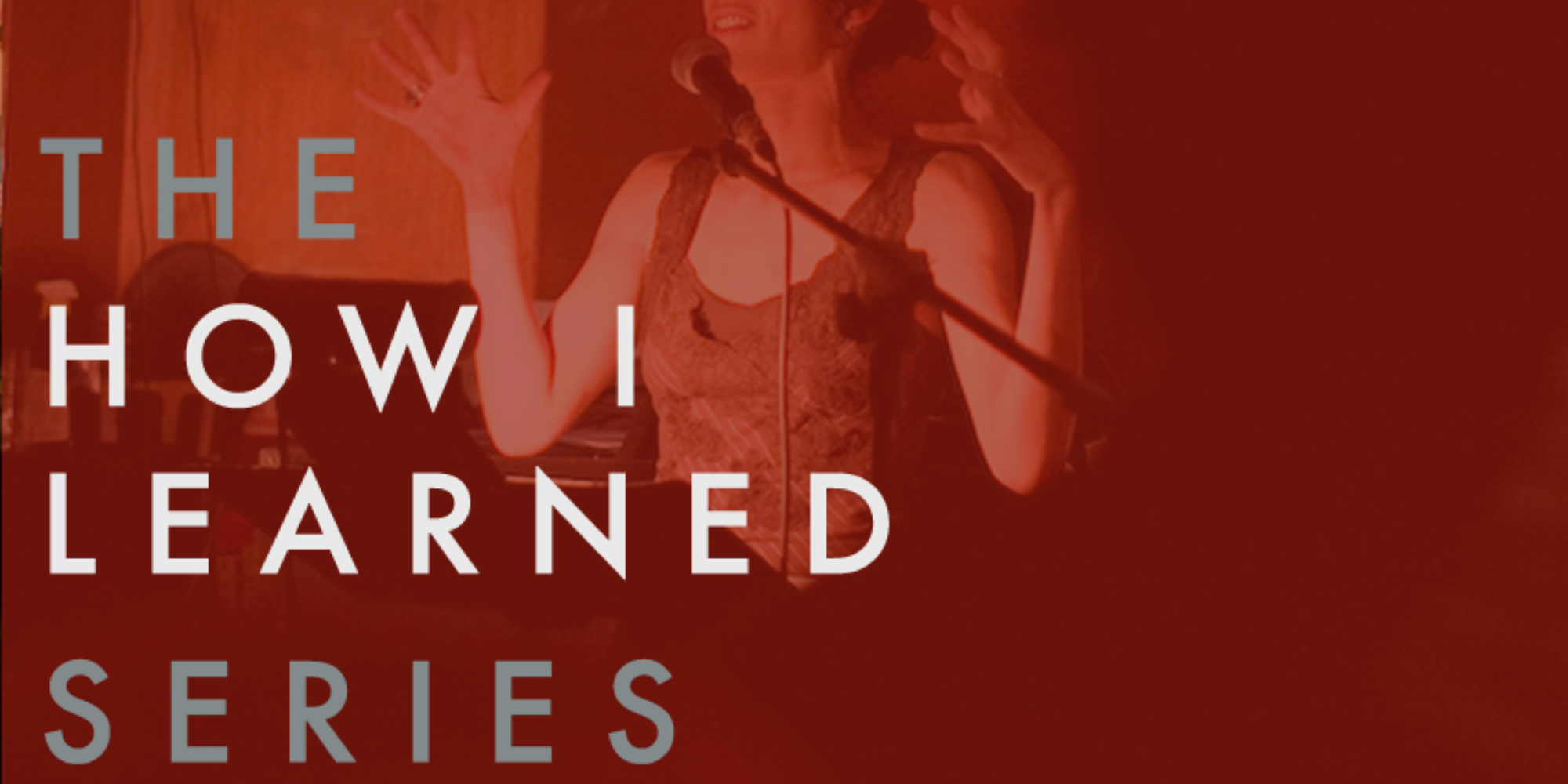 Since 2009, the How I Learned series has featured storytellers, comedians, writers, musicians, and other raconteurs holding forth on a rotating theme. Awkwardly hosted by Blaise Allysen Kearsley, yet named one of five Best NYC Storytelling Shows in the history of lists of five best NYC storytelling shows.

JO FIRESTONE is a Brooklyn-based comedian who has appeared on Comedy Central, Shrill, High Maintenance, Joe Pera Talks With You, Broad City, and Search Party. She is a current writer for The Tonight Show with Jimmy Fallon. Jo co-hosts the weekly show Butterboy Comedy, alongside Maeve Higgins and Aparna Nancherla, with whom she created the web series Womanhood. She is also the host of the Dr. Gameshow podcast and the co-creator of Punderdome.
GASTOR ALMONTE was raised by an immigrant family in East New York. He is an award-winning storyteller, comedian, writer, and host, whose debut comedy album, Immigrant Made, dropped in 2019. He has appeared on Risk!, The Story Collider, Comedy Central's This Is Not Happening, Solocom, and the New York Comedy Festival.
JULIAN FLEISHER is a renaissance man and a pillar of New York's downtown performance scene. In his regular variety shows at Joe's Pub with his Rather Big Band, Julian has featured the likes of Molly Ringwald, Dewayne Perkins, Jennifer Holiday, Bridget Everett, Lucy Wainwright Roche, Martha Plimpton, and Justin Vivian Bond. He has produced albums for Kiki & Herb and Ana Gasteyer, and is the author of several books, including The Drag Queens of New York: An Illustrated Field Guide.
ANGEL YAU is the founder and host of Asian American Film Thing and a member of the first-ever, all female, all Asian, musical sketch group Azn Pop! A storyteller, comedian, and filmmaker from Queens, Angel has been featured on Mortified, Joe Mande's Award-Winning Comedy Special on Netflix, and the Funny or Die short film, Soojung Dreams of Fiji. She is a 2018 NBC/UCB Diversity Scholar finalist, and has a stop-motion animation series on YouTube.
DAVID HEATLEY is a graphic memoirist whose latest book, Qualification, is a darkly humorous exploration of his addiction to 12-step programs. His comics and drawings have appeared in The New Yorker, The New York Times, Granta, McSweeney's, and elsewhere. He is also the author of My Brain is Hanging Upside Down.
BLAISE ALLYSEN KEARSLEY is a Brooklyn-based writer and storyteller, and the creator, producer, and host of the How I Learned Series. She has told stories at The Moth, RISK!, Mortified, The Liar Show, Literary Death Match, and elsewhere. Her writing has appeared in Longreads, The Nervous Breakdown, Midnight Breakfast, The Weeklings, VICE, two anthologies, and several other places many lifetimes ago that are perhaps not worth mentioning by name. She teaches memoir writing to other so-called grownups. To find out how to say all three of her names, visit her outdated website at your own risk.