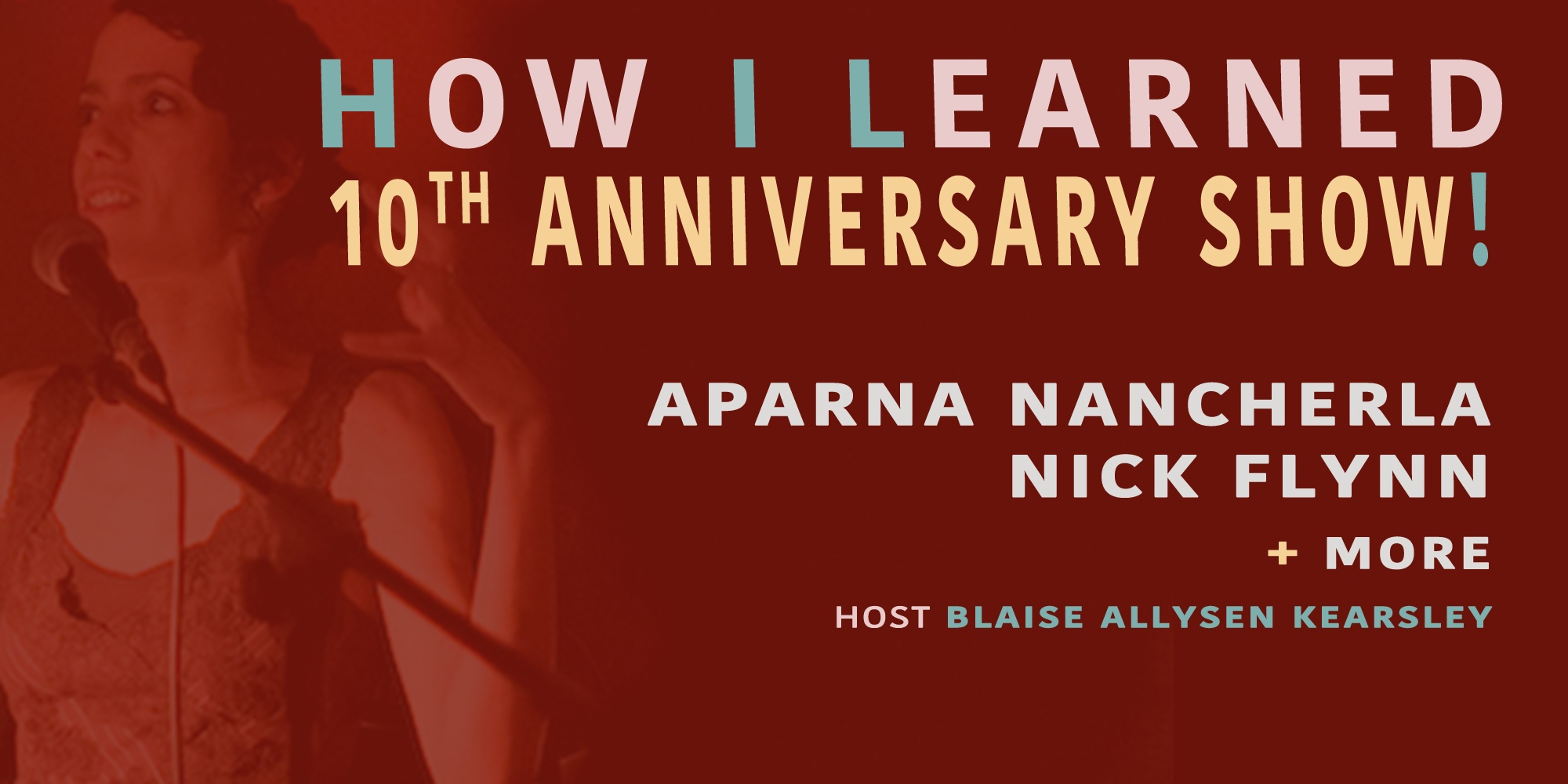 How I Learned is the long-running storytelling, comedy, and reading series, featuring seasoned and emerging raconteurs holding forth on a rotating theme, that CBS New York called "one of the best comedy shows hosted by women."
We're sure they were joking.

It's How I Learned's 10-Year Anniversary Show. We can't even believe it. It's also National TV Day. So much to celebrate!

The theme of the night is "How I Learned It's Not Like On TV," which I think is apropos and also relatable.

NICK FLYNN is a memoirist, poet, and film collaborator. He is the author of the trilogy Another Bullshit Night in Suck City, The Ticking is the Bomb, and The Reenactments. His most recent book is I Will Destroy You. Flynn is the recipient of the PEN/Martha Albrand Award and has received fellowships from The Guggenheim Foundation and The Library of Congress. He was an executive producer for the film Being Flynn, which stars Robert De Niro and Julianne Moore. Flynn splits his time between Brooklyn and the University of Houston, where he teaches creative writing.
APARNA NANCHERLA is a comedian and general silly billy. Her sense of humor is dry, existential, and absurd, with notes of uncalled-for whimsy. Think a wine you didn't order. You can watch Aparna as Grace the belabored HR rep on the Comedy Central show, Corporate or hear her as the voice of Hollyhock on Bojack Horseman.
KERA BOLONIK is a writer and executive editor of DAME Magazine. Her work has appeared in New York, Glamour, Salon, The Nation, among many other publications, including the anthology Nasty Women. She lives in Brooklyn with her wife and son.
ANDREW MCGILL is a stand-up comic and storyteller born and raised in Brooklyn, NY. You can catch him all over NYC doing stand up and telling stories. When he isn’t making people laugh he can be found at Hunter College library completing grad school assignments and also teaching English at a high school in Brooklyn.
ANITA FLORES has produced and starred in videos for Buzzfeed, Univision, and Pride.com. She hosts a monthly comedy show called Party of Two. She is currently on tour with Awkward Sex and the City and has a podcast called I’m Listening where she explores different themes and pivotal moments from the show Frasier with a new guest each episode.
BLAISE ALLYSEN KEARSLEY is a Brooklyn-based writer and storyteller, and the creator, producer, and host of the How I Learned Series. She has told stories at The Moth, RISK!, Mortified, The Liar Show, Literary Death Match, and elsewhere. Her writing has appeared in The Nervous Breakdown, Midnight Breakfast, The Weeklings, VICE, two anthologies, and several other places many lifetimes ago that are perhaps not worth mentioning by name. She teaches memoir writing to other so-called grownups.