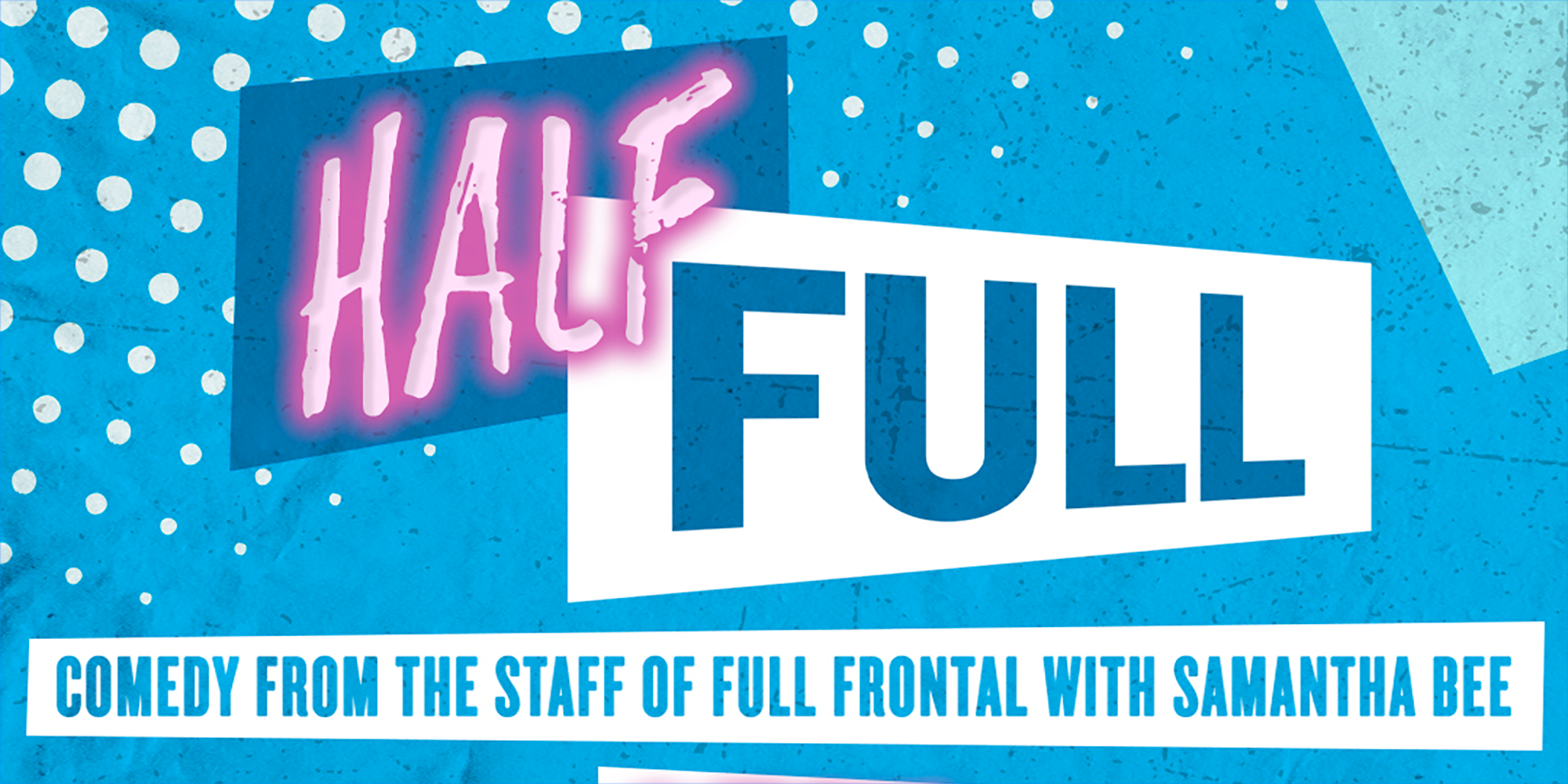 Half-Full: A Night of Comedy from the Writers, Correspondents and Staff at Full Frontal with Samantha Bee

Half-Full: Comedy from the writers, correspondents and staff at Full Frontal with Samantha Bee

The Emmy-award winning staff at Full Frontal with Samantha Bee celebrates their seventh season renewal with a night of live comedy and surprises! Stand up? Yes! Sketch? Possibly! An appearance by Sam Bee herself? …Maybe on Zoom. This is guaranteed to be the most-fun, most-outrageous, and most unfiltered show thanks to the staff at Full Frontal with Samantha Bee and the lawyers who said we’d never be able to air this.

Mike Brown is a correspondent for TBS' Full Frontal with Samantha Bee. Mike has also appeared on NBC, MTV, Comedy Central, Adult Swim, E!, and SIRIUS XM. He's performed in multiple festivals including the New York Comedy Festival and San Francisco SketchFest where he was named one of Rooftop’s Comics to Watch.

Samantha Ruddy is a standup comedian who has performed on The Late Show with Stephen Colbert and works at Full Frontal with Samantha Bee as a digital producer. Her album, Logging Out, was named one of the best comedy albums of 2020 by NPR and Paste Magazine has called her a “joke machine.”

Sean Crespo is a comedian, writer and actor who studied at Emerson College and the London Academy of Music and Dramatic Art. He is currently a staff writer at Full Frontal with Samantha Bee but you can watch him do some acting adjacent work on Blue Bloods, Gotham, HAPPYish, Red Oaks and the upcoming romantic comedy Love Reconsidered.

Alison Zeidman is a comedy writer who likes to write jokes about things that aren’t funny. In addition to her Emmy- and WGA-nominated work covering the slow, embarrassing death of American democracy on Full Frontal with Samantha Bee, she was previously Head Writer and Co-Executive Producer for Adam Ruins Everything.

Mike Rubens is a correspondent and producer for Full Frontal with Samantha Bee, and has also produced for The Daily Show with Jon Stewart and Last Week Tonight with John Oliver. He’s the author of four novels that you’re now obliged to purchase.

Mohanad Elshieky is a New York based comedian who made his national TV debut on Conan, has been featured on Comedy Central, and has toured with Pop Up Magazine. In 2018, he appeared in an episode of Epix’s “Unprotected Sets” and was listed as one of Thrillist’s 50 Best Undiscovered Comics. Mohanad, who is currently a digital producer on Full Frontal with Samantha Bee, has a special skill for making you laugh at the seemingly unlaughable.