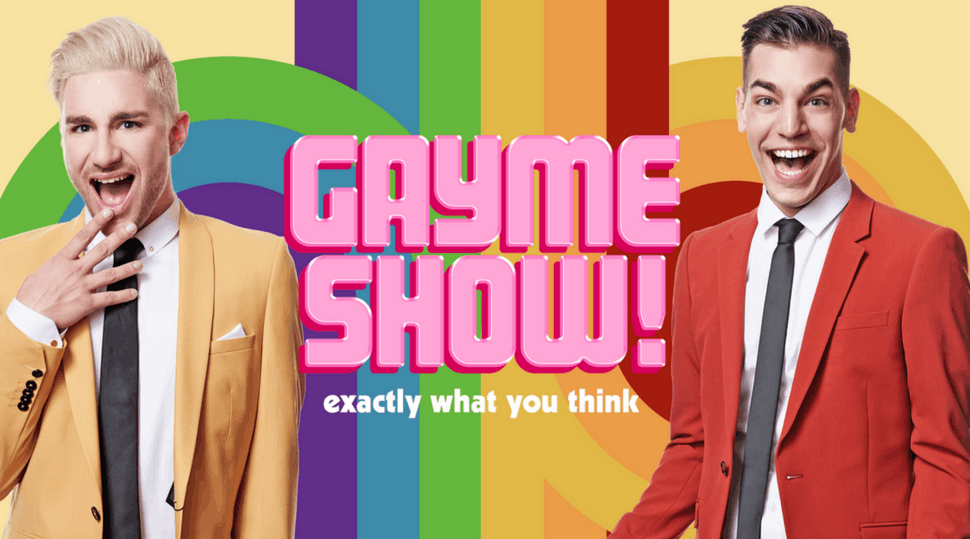 Join gay-ass hosts Dave Mizzoni and Matt Rogers as they gay up the straights through games and trivia.

Ever talk to a straight guy and think, “Jesus Christ you’re boring!” ?

Two straight men enter the arena, but only one leaves with the title of Queen of the Straights. Lifelines include a Woman Who Gets It and a Wise Queer. Come witness the ultimate test of who Is honorarily GAY AS FUCK! (and guys, that’s a good thing!)

Matt Rogers and Dave Mizzoni are comedians based in New York City. They have been featured on Comedy Central (chosen as Comedy Central Comics To Watch in 2015 with their musical sketch group Pop Roulette) and previously hosted GAYME SHOW to a successful year-long run at the Upright Citizen’s Brigade Theater. Between them, they have performed all over the city, the country, and not the world but maybe, one day, the world.