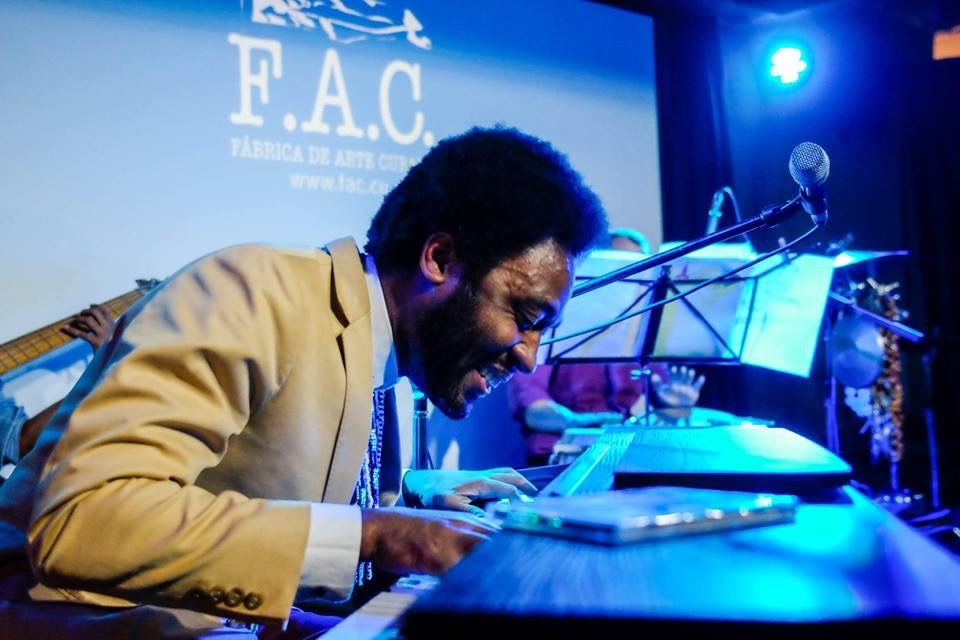 POSTPONED: From Havana Hood to Carnegie Hall: A Young Man’s Survival through Music

This show has been postponed. We'll announce the new date soon.

Come Join Dayramir Gonzalez as he takes you on a very personal journey through Cuban music. Dayramir’s experience with afro-cuban musical styles started with family and is infused into or a product of every stage, challenge and success of his life. His is a story of the struggles to learn, to survive, and to excel: the struggles of a young boy to discover himself; of a teenager to stand out; and of a young man to succeed. Dayramir will share his story with you, a story with a timeline that is a beautiful soundtrack of the history of Afro-Cuban music. As his story unfolds, so does the story of the music itself. So come learn what drove this musician to excel, get a lesson in the history of Cuban music, and most of all experience the Cuban Spirit.

Doors 6:30 PM, show 7:00 PM.
Tickets $10 in advance, $15 at the door.
21+
This event is mixed seated and standing room. Seats are first-come, first-served.
REFUND POLICY: Tickets may be refunded up to 24 hours before the event. Within 24 hours we may take exchanges for other events at our discretion. No refunds after the event.

More about Dayramir:
Born in the humble Havana neighborhood of Cerro, during “the special period” Dayramir’s life centered on music as a means to find himself and to flourish.

His father is Afro-Cuban jazz trumpeter, Fabian Gonzalez, a driving force and inspiration for Dayramir who was drawn to the piano at the age of 8. Graduate of Cuba’s famed National High School for the Arts (ENA), nurtured by noted singer and percussionist Oscar Valdes (from the legendary band Irakere), the young prodigy was selected at 16 to become an original member and pianist for Diakara, another seminal band founded by Valdes. Still in high school, Dayramir was recruited by Cuban legend Giraldo Piloto to join Klimax, helping to shape the sound of that renowned group.

In 2005 he won first place in Havana’s JoJazz festival in the composition category, winning a record deal with Cuba’s national label Colibri. He recorded his first album, Habana enTRANCE, released in Cuba in 2007, which would go on to win three Cubadisco Awards.

Dayramir moved to New York City soon after, where he strived to not only further his musical career, but to become part of the “incredible flow and vibe” of a city he always dreamed about as a boy.

In addition to his musical career, Dayramir is co-founder of The Art School of Contemporary Performance and Creativity, based in the Bronx, providing musical education to city elementary and high school students. The curriculum is modeled after the in depth musical programs he benefited from in Cuba. “We focus on piano, composition and music theory – emphasizing discipline and the acquisition of an earned knowledge base. I find it very rewarding if we can launch even a handful of kids on the road to finding their own musical destiny.”