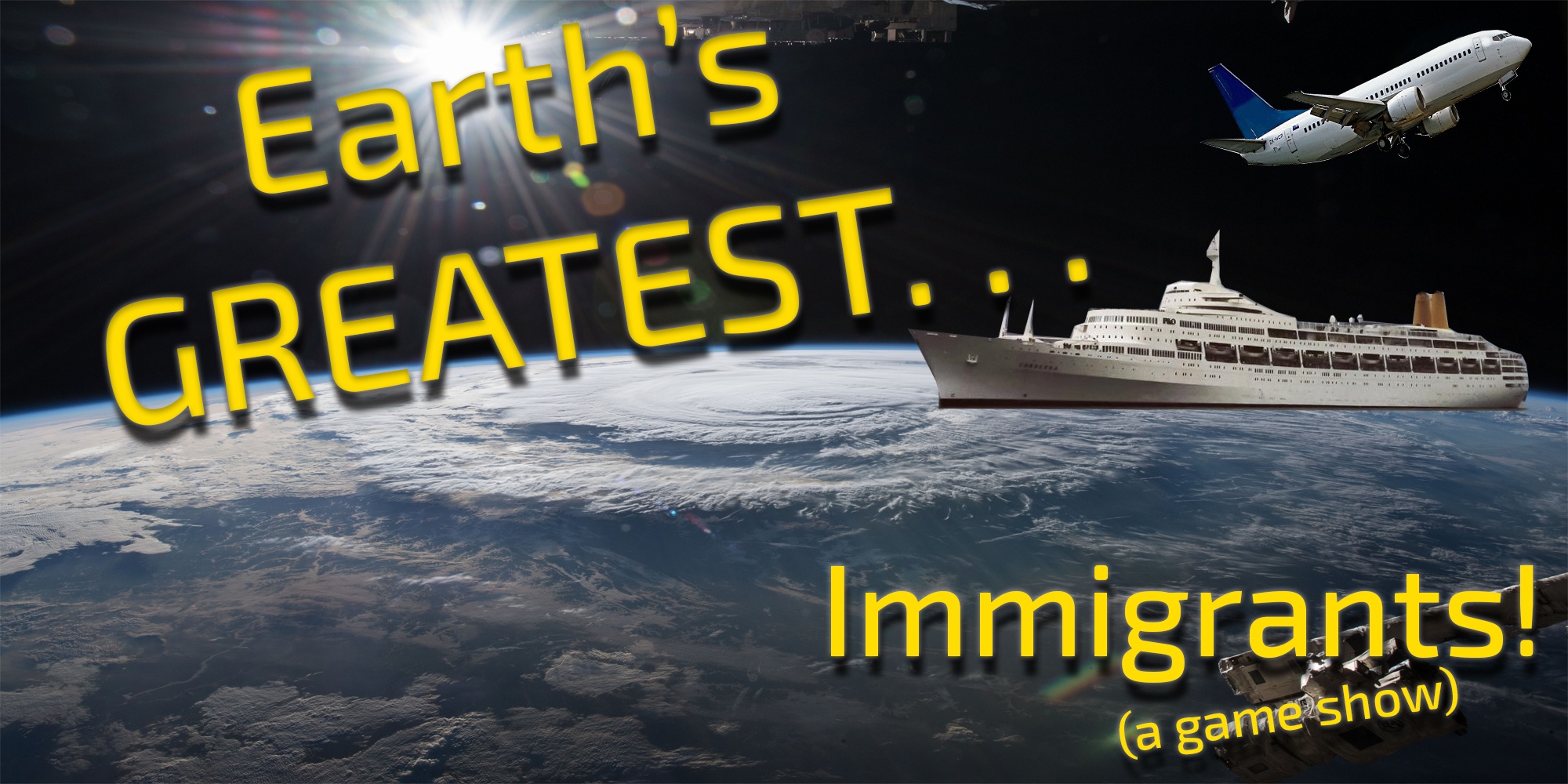 The year is 2162 and the universe is in catastrophic trouble. Only the VERY best humans can save it. The Plutars, an alien race, have traveled through history to find the most impressive humans from each category (conquerors, feminists, one-term presidents, people called James, etc), reanimating the top five people - but the catch is that they can only keep one from each batch alive. The five reanimated contestants must compete in a series of challenges to decide which of them will get to live - and join the aliens in their mission of salvation.

***For this special show, we invite all our attendees to bring canned or dried goods for Earth's Greatest... Food Drive! All proceeds to go to the NYC Rescue Mission.***

KAZM is a comedy writing team who made content for the Internet Action Force, and official and unofficial digital content for Hillary for America, including contributing to James Franco’s endorsement videos and puking quietly in the UCB bathroom when the Ohio results came in. KAZM consists of Keisha Zollar (The Opposition with Jordan Klepper, Astronomy Club), Andrew Kimler (Now This, Applying It Liberally, Electoral Dysfunction), Zoe Samuel (A Comedy of Manors), and Mark Lichtenstein (ABC/CBS News, Robot Butt, Extra Newsfeed, MovieTime.Guru, etc). KAZM once spent over a year being politely screwed within the bowels of Sinclair Broadcast Group, selling them two pilots before we realized they were evil.