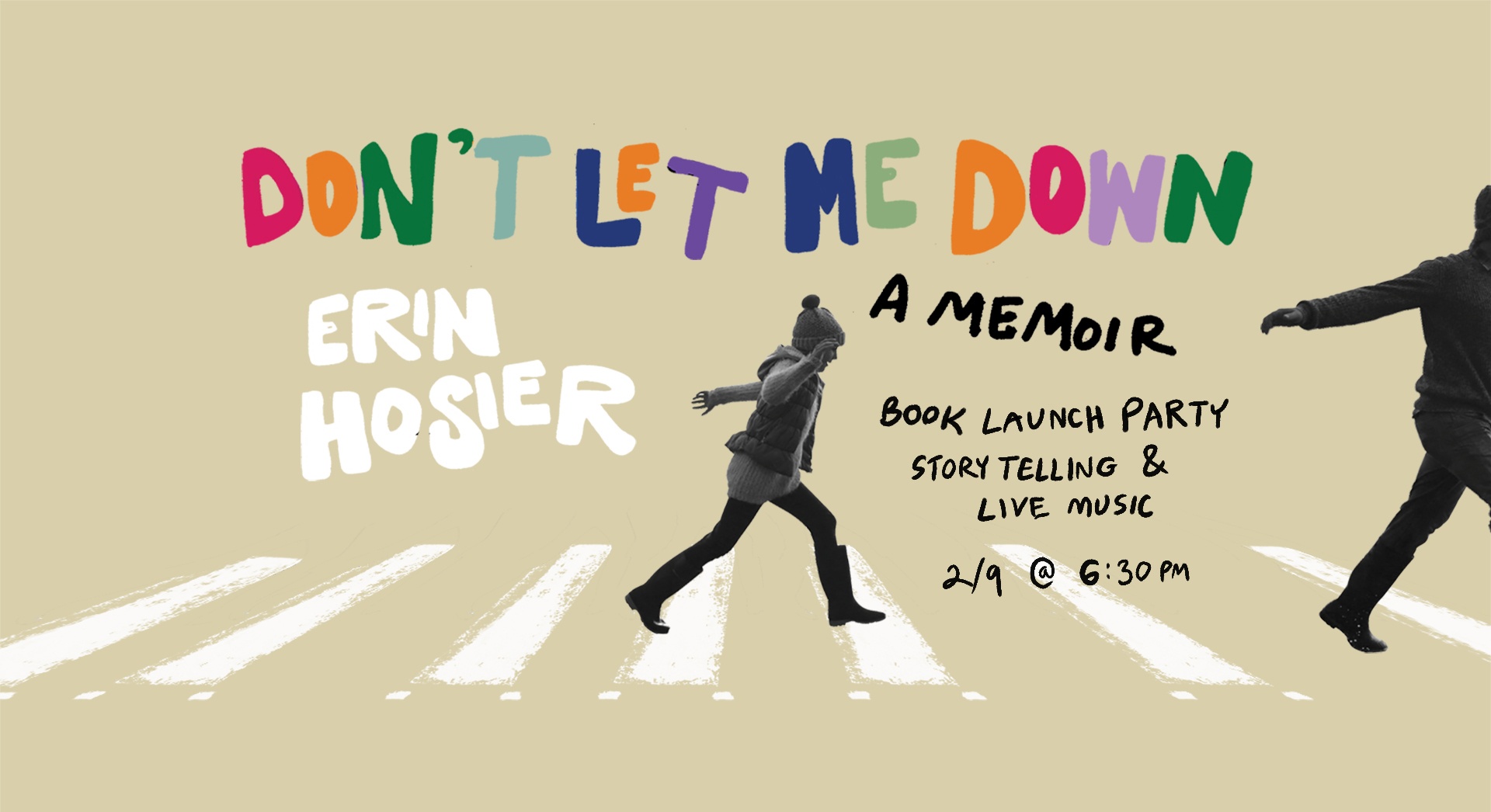 Don't Let Me Down Book Launch

Doors 6:30 PM, show 7:00 PM.
FREE
21+
This event is mixed seated and standing room. Seats are first-come, first-served.
REFUND POLICY: Tickets maybe be refunded up to 24 hours before the event. Within 24 hours we may take exchanges for other events at our discretion. No refunds after the event.

"...Titled with songs from "Blackbird" to "Hey Jude," each chapter reveals chronological milestones that shaped the author's coming-of-age in rural 1980s Ohio. Underneath what seemed an idyllic "Here Comes the Sun" childhood stirred a controlling father who became increasingly volatile. Eventually, writes Hosier, life became "the anxiety of constantly walking on eggshells, the need for order and control, [and] the impulse to try to save others while losing [myself]." Permeated with events like church boot camp and school graduations, the narrative is near-cinematic with insights about gender roles, love, and sex gained through experiences involving her parents, romantic relationships, God, and rock music. Struggling through a host of various traumas both minor and major, her mother's inability to break free, and her father's battle with cancer and eventual death, Hosier delivers a memoir that is less about chasing an identity and more about having one cast upon her and coming to terms with it. A vividly rhythmic chronicle of reconciliation couched with a 1960s rock-n-roll soundtrack."––Kirkus Review