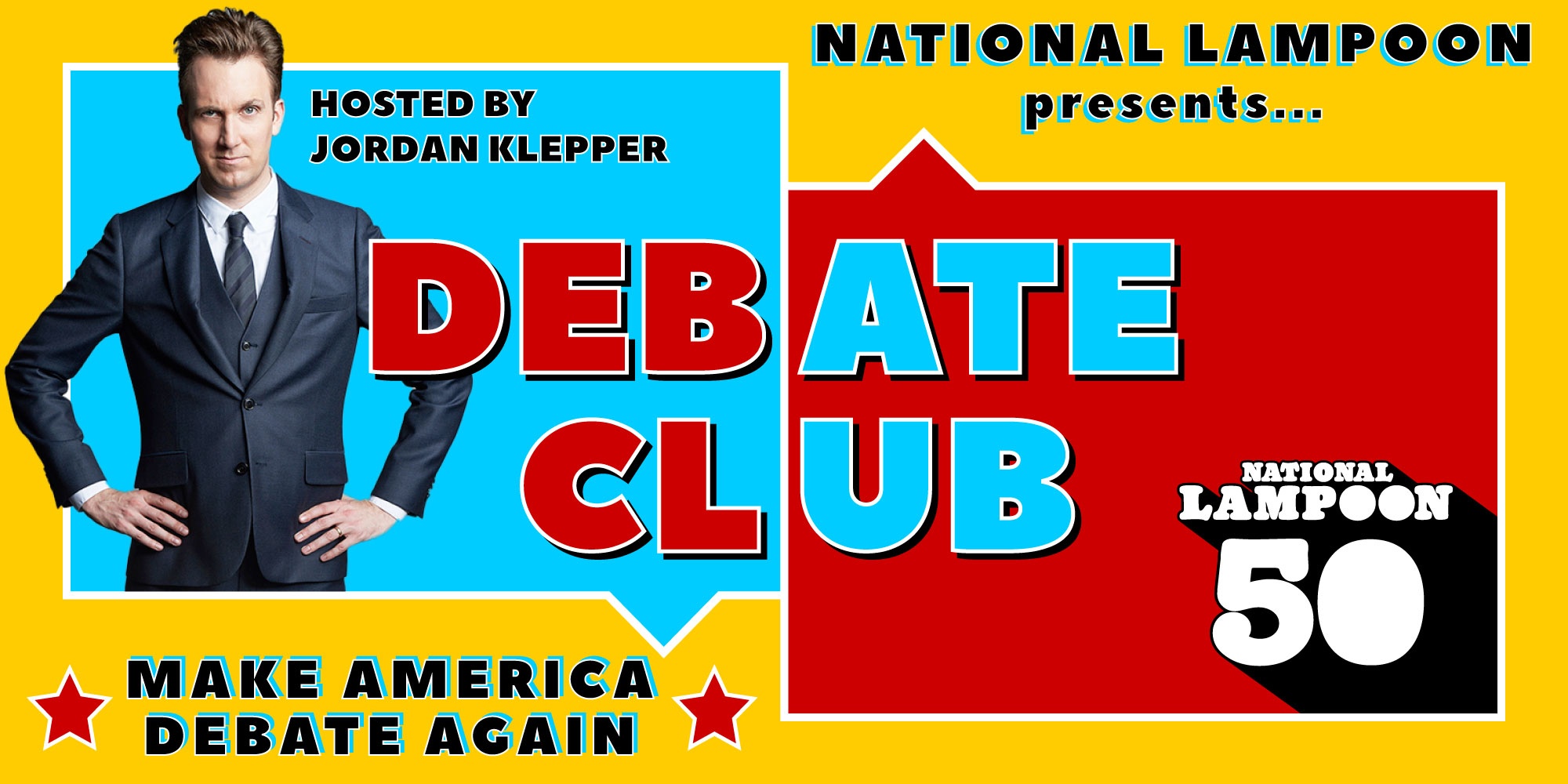 Doors 9:00 PM, show 9:30 PM.
Tickets $20 in advance, $25 at the door.
21+
This event is mixed seated and standing room. Seats are first-come, first-served.
No outside food or drink is allowed. \>See our menu here\<
REFUND POLICY: Tickets may be refunded up to 24 hours before the event. Within 24 hours we may take exchanges for other events at our discretion. No refunds after the event.

Hosted by Jordan Klepper. Jordan is a comedian, writer, producer, political commentator, actor, and television host. He hosted the satirical Comedy Central program The Opposition with Jordan Klepper from 2017 to 2018, and he starred in the docuseries, Klepper, which aired in 2019. Klepper began his career as a member of The Second City and Upright Citizens Brigade, where he met his wife Laura Grey. Soon after, they began producing and starring in their own short films that they wrote together. In 2014 Klepper became a correspondent on The Daily Show with Jon Stewart as host. He remained in the show with Trevor Noah until 2017, and returned in December 2019 to be on the campaign trail with Trump supporters.
Featuring:
Michael Cruz Kayne: If you use a television, you may have seen Michael on High Maintenance, Late Night With Seth Meyers, or The Chris Gethard Show. If you use your ears, you can hear him in two upcoming Audible series: 64th Man with John Cena and Holiday Greetings from Sugar and Booze with Ana Gasteyer. Other recent credits include starring in the digital series Short Term Rental (best actor, Stareable Fest) and the soon to be released short Papercop.
Lou Perez: Lou is the Head Writer and Producer of the Webby Award-winning We the Internet TV and half of the comedy duo Greg and Lou. Lou performs stand-up comedy across the country. Check him out at TheLouPerez.com