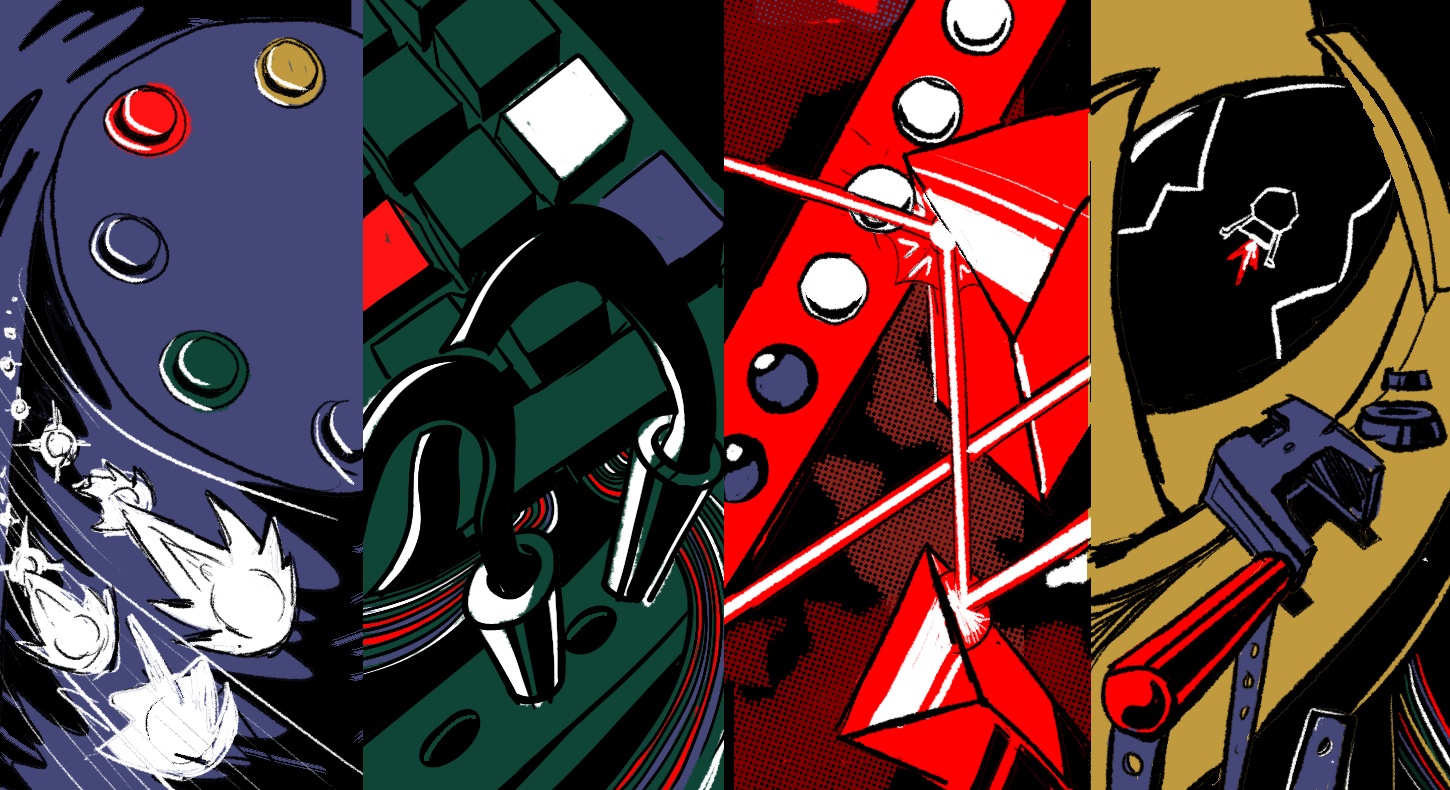 The featured games for this event will be:

Quadropod: a boss fight where the player controls their attacks using a MIDI controller sequencer and patch bay
by Sean McIntyre and Neil Sveri

Shrine: players reflect a laser beam in a fog-filled box to try to hit a target
by Rachel Ciavarella and Jack Kalish