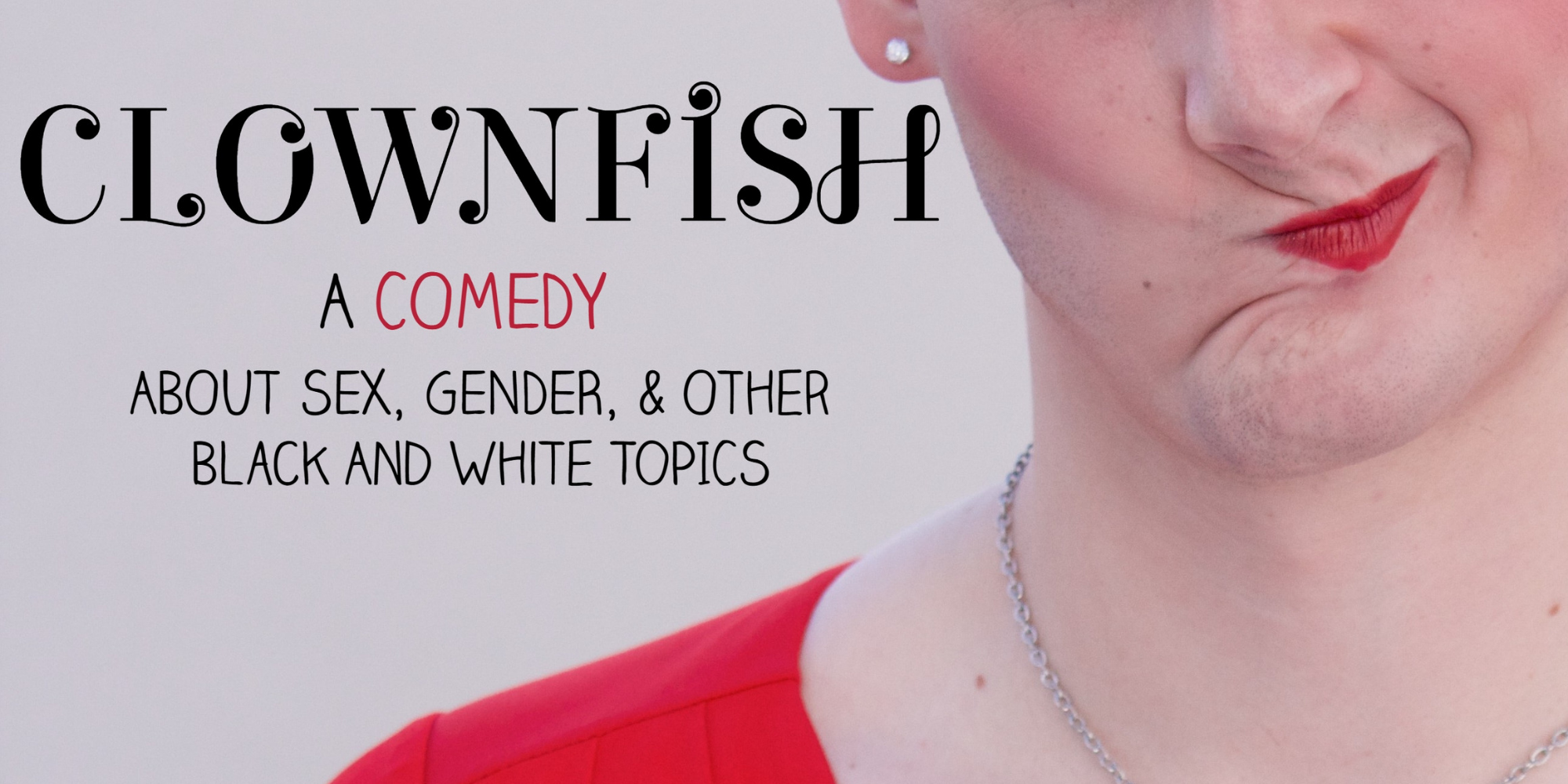 Clownfish: a genderqueer hour of stories that happen to rhyme

Clownfish ("Best of Fringe", Nugget Fringe Festival) is an hour of stories about misguided affection and observations about how we treat this weird divide we've erected between "man" and "woman". It's honest as all get-out, glam as Hell, as weird as America, and also happens to rhyme.

If you've ever felt like you didn't fit in the boxes, if your option was not listed on the drop-down menu, if you want to learn more about this national conversation we're having about gender, if you know what all the letters in LGBTQIA stand for, if you had no idea we were up to that many letters, if you're open to a new point of view, if you want to trick a bigot, if you're looking for a unicorn, come see this show. I promise not to disappoint you (unless you're my dad!)

Doors 6:30 PM, show 7:00 PM.
Tickets $10 in advance, $15 at the door.
21+
This event is mixed seated and standing room. Seats are first-come, first-served.
REFUND POLICY: Tickets may be refunded up to 24 hours before the event. Within 24 hours we may take exchanges for other events at our discretion. No refunds after the event.

Trevor Wade (they/them; Moth StorySlam Winner, Asheville) is a California-based comedian/storyteller and former resident of New York City. They have performed internationally and through out the US. Caveat presents the New York stop of Trevor's "U.S. THEY" tour.

Jori Phillips grew up on a rock off the coast of BC, Canada. Now she gets her rocks off doing comedy in the US of Eh?! As the whitest immigrant you know, Jori brings her unique, small-town perspective to this country, as she works out what it is to be an outsider, and a human being. She likes to make dolls in her free time.