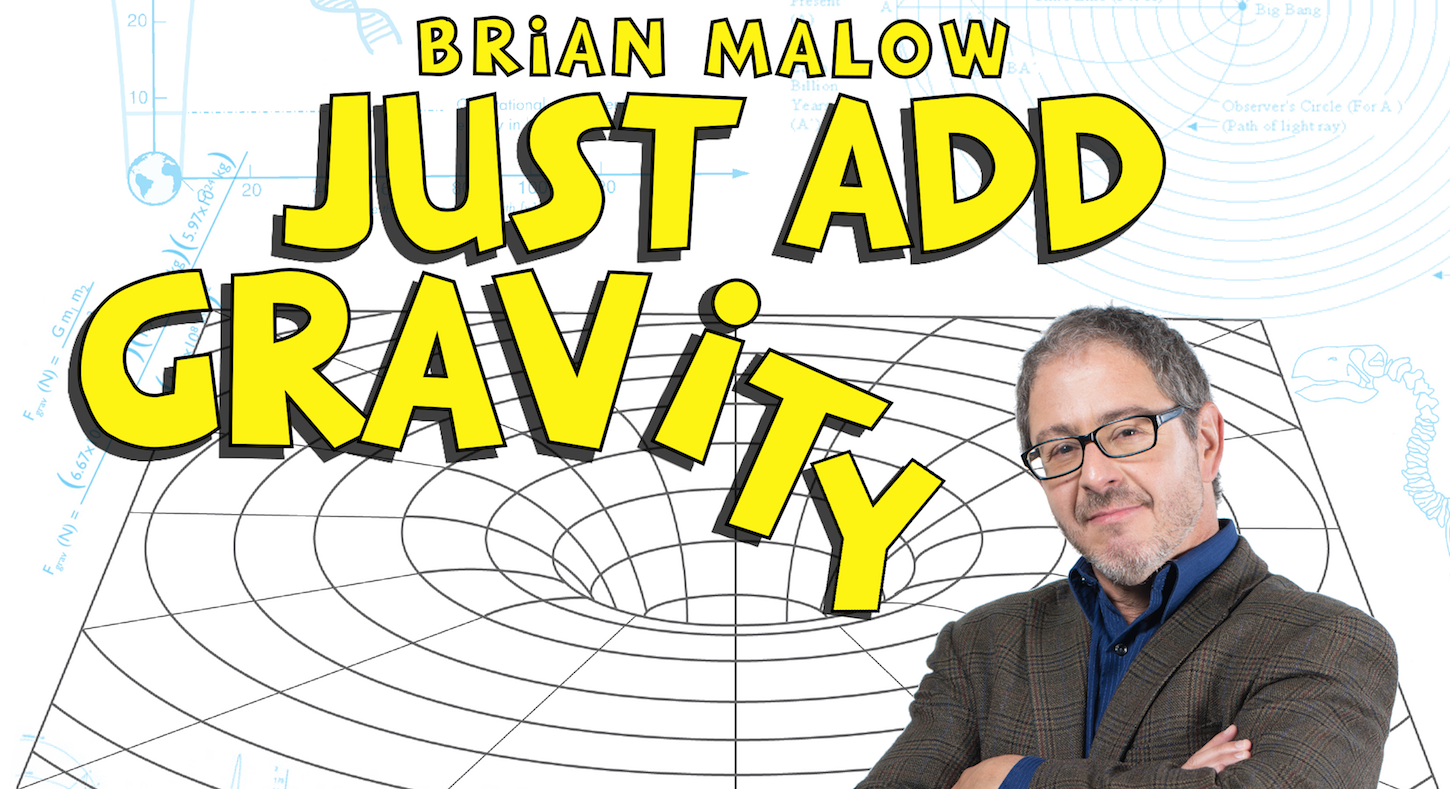 Science comedian Brian Malow will make you laugh and think as he wheels his comic vision from the Big Bang to dinosaurs to leaves of grass. Weaving thoughts on unity and division, Pangea and dark energy, Brian brings the universe down to Earth.

LOL at his cosmic musings but, by the end of the hour, you'll have a new appreciation for gravity. You'll understand why Brian says your voice is sunshine. And you'll never look at birds the same way again.

Doors 6:30 PM, show 7:00 PM.
Tickets $12 in advance, $15 at the door.
21+
This event is mixed seated and standing room. Seats are first-come, first-served.
REFUND POLICY: Tickets maybe be refunded up to 24 hours before the event. Within 24 hours we may take exchanges for other events at our discretion. No refunds after the event.

Brian Malow is Earth’s Premier Science Comedian (self-proclaimed).  He has performed for NSF, AAAS, JPL, NIST, ACS, AGU – and many other acronyms.

Brian has produced science videos for Time Magazine and the Lindau Nobel Laureate Meetings and he has contributed to Neil deGrasse Tyson’s StarTalk Radio.  He gives workshops and presentations to train scientists to become better speakers.

He’s been featured on The Late Late Show with Craig Ferguson, co-hosted shows on The Weather Channel, and been profiled in Nature, the San Francisco Chronicle, and the New York Times.

Available for off-world appearances, if trans­portation is provided.