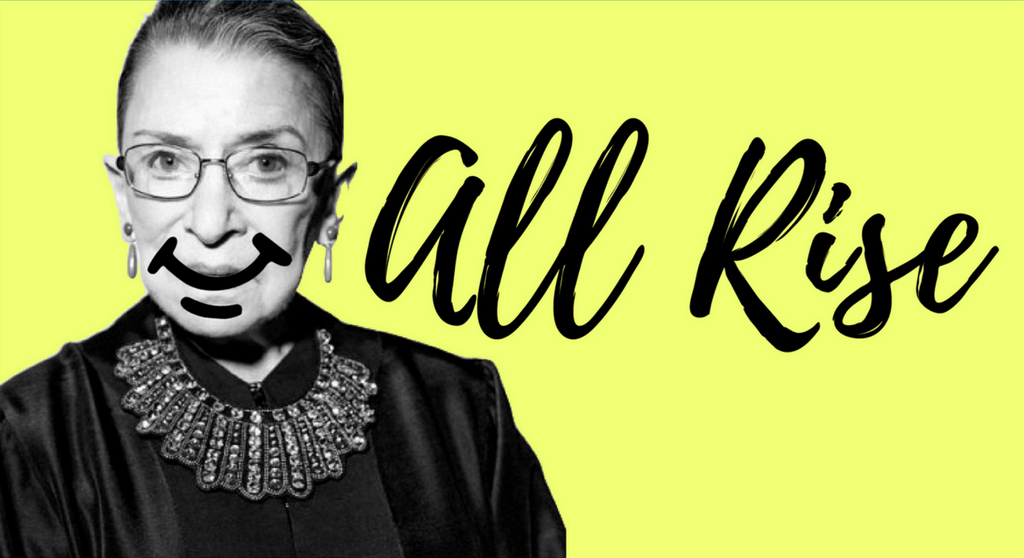 Join your hosts and real-life legal eagles Andrea Coleman and JR Strauss as they guide you through the minefield of American jurisprudence using comedy, guile, and good old fashioned case law.
What’s funnier than the cornerstones of American justice? Andrea and JR are here to argue that the answer is NOTHING.
All Rise is an entertaining mock RE-trial of landmark U.S. Supreme court cases, featuring sketch, dance, a hilarious guest judge, and know-it-all experts. And get ready for the rare instance where you’ll WANT to be chosen for Jury Duty…

This month's topic: Religion -  opiate of the masses or the way, the truth & the light?

Andrea Coleman is a Brooklyn based writer and performer who began her comedy career as an improviser in college. She has written and executive produced 5 short films and is a sketch writer for The Armory. Andrea has been a stand up comic since 2005 and has performed all over New York City, including Caroline’s, Gotham and Comedy Cellar. When not doing comedy, Andrea is a Senior Trial Attorney in Brooklyn with over a decade of experience as a litigator. She reminds you that, unless you’re laughing at one of her jokes, you have the right to remainsilent.
http://www.andreacolemancomedy.com/

JR Strauss is a New York based writer and performer.  He is a former cast member of ImprovBoston, the sketch troupe The City That Sleeps, and co-creator, head writer, and anchor for Boston News Net, a weekly live news and current events show that was televised throughout Boston and watched online by dozens. JR has trained and performed sketch and improv at UCB and The Annoyance and is a former head writer for Banned in Boston and “Moot,” an independent legal-humor journal that almost got him kicked out of law school. He is a former criminal defense attorney and currently works as a business immigration attorney with a focus on the arts.