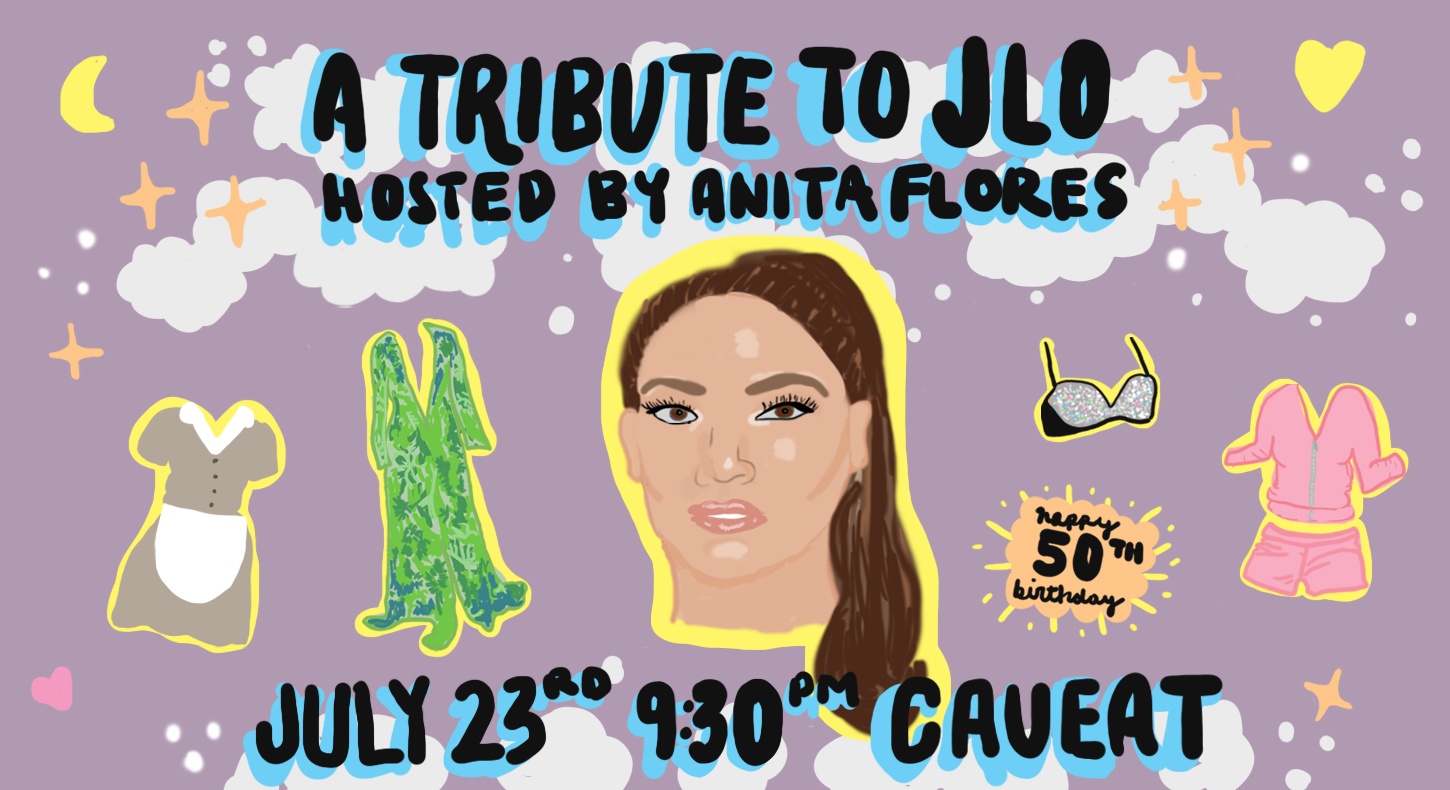 A Tribute to Jennifer Lopez

“A Tribute to ____” is a new live show dedicated to a different pop culture icon each month featuring comedy, music, and more.

Jennifer Lopez is turning fifty years old! To celebrate this pop culture icon, we’re dedicating a night of comedy, music, and dance to all things JLo. Her music, movies, and broken engagement to Ben Affleck are ICONIC. Line-up TBD. You don’t want to miss this!

Doors 9:00 PM, show 9:30 PM.
Tickets $15 in advance, $20 at the door.
21+
This event is mixed seated and standing room. Seats are first-come, first-served.
REFUND POLICY: Tickets may be refunded up to 24 hours before the event. Within 24 hours we may take exchanges for other events at our discretion. No refunds after the event.

ANITA FLORES has produced and starred in videos for Buzzfeed, Univision, and Pride.com. She hosts a monthly comedy show called Party of Two and is currently on tour with Awkward Sex and the City. Anita has a podcast called ‘I’m Listening’ where she explores different themes and pivotal moments from the show Frasier with a new guest each episode.

CALVIN CATO was named one of Time Out New York’s Queer Comics of Color to Watch Out For. You can catch Calvin every 1st, 2nd, and 3rd Mondays as the host/producer of Ed Sullivan on Acid at Freddy’s Bar. Check out his podcast, Playable Characters Podcast,’ which has been featured in AV Club and Splitsider.

No items found.
Our top-of-the-line shows - the best of smarter and drunker!
Nevertheless She Existed
VERSUS
Ride or Die: Oregon Trail Live
Why Your Train is F*cked
Doctors Without Boundaries
Political Circus
New show series in beta - check out the next big hit before the crowds!
Our development program! A new cohort of shows every 3 months

There’s Something in the Water with Science Friday

Psychedelic Socialism: What Role does Plant Medicine Have in the Class Struggle?